Home » Lifestyle » Should YOU rush to the cash machine today?

Should YOU rush to the cash machine today?

Should YOU rush to the cash machine today? ATMs report their busiest Monday since March as people stock up on cash to pay cleaners, gardeners and to shop in smaller stores

There has been a rush on cash machines as people living in England prepare for a second lockdown.

Link, the UK’s largest ATM network, revealed Monday was the busiest Monday since March 16, which fell shortly before the start of the last lockdown on March 23.

The company believes vulnerable customers could be withdrawing money in anticipation for paying friends and family who will do their shopping over lockdown. 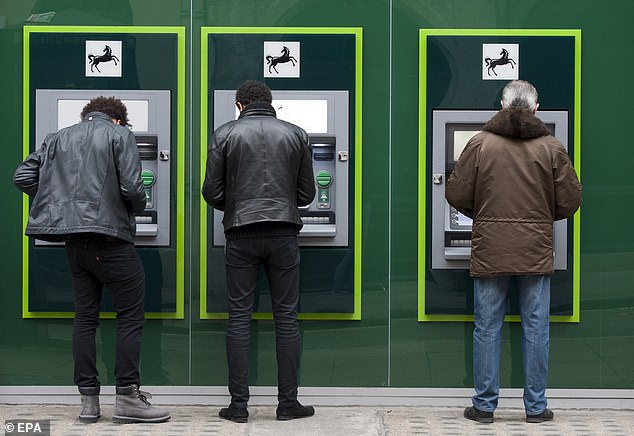 Link, the UK’s largest ATM network, revealed Monday was the busiest Monday since March 16, which fell shortly before the start of the last lockdown on March 23. Stock image

Graham Mott, director of strategy at LINK, added customers could be taking out cash for early Christmas shopping.

Meanwhile parents on UK forum Mumsnet have said they are withdrawing cash in order to pay gardeners, cleaners and to pick up items from smaller shops that might not take cards.

Fewer people will also be travelling into town and city centres, where most ATMs are located, over the next month.

Cash machines located within some shops and pubs will also be inaccessible.

According to Link, around £238million was withdrawn on Monday, 26 more than on an average Monday since the start of April.

Some £174million was taken out on Sunday, 27 per cent more than average.

Mr Mott said: ‘At the beginning of the first lockdown ATM transactions fell by as much as 60 per cent with some ATMs temporarily closing because they were in locations like shops, garden centres and pubs, or for social distancing.

‘We will keep a close eye to see what happens in the next week or so to see whether there is a similar drop off.

‘Cash remains vital and hopefully many of these withdrawals are being used to support community businesses or do some early Christmas shopping.’