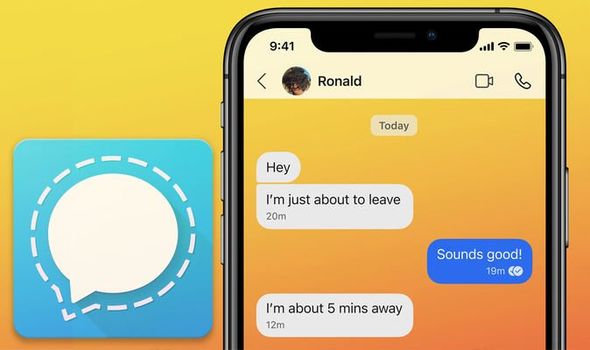 Since the start of this year, Signal has experienced a surge in new users, thanks to the backlash over WhatsApp’s new privacy policy. Privacy-focused chat app Signal has added a truckload of new features that will immediately be familiar to any new users who have joined the app from WhatsApp or Messenger.

Earlier this month, Signal announced that animated stickers and chat wallpapers would be heading to the app. And now, these new additions are available in the latest version of the messenger. Signal version 5.3.1 for iOS and 5.3.7 for Android adds these colourful new additions to the app.

The new chat wallpapers option lets Signal users choose from a number of presets or select a picture of their own. Wallpapers can be used across the board or specific ones can be used for certain chats.

In terms of animated stickers, it looks like there’s only a few to start with – with a previous beta for the recently released Android update including 24 stickers. Besides stickers and wallpapers, the new Signal update also adds a new About field for your Signal profile.

While iOS users have now got new settings to help adjust their data use as well as full-screen profile photos. These new additions bring the iPhone and iPad on par with its Android counterparts.

The new settings options available to iOS users also allows them to be more efficient with their data use. iPhone and iPad users can choose a new setting to lower data usage during calls, tweak with image compression settings, and also ensure downloads of any attachments are automatically paused during a call.

Outlining the latest update, Signal said: “Chat wallpapers have arrived! Choose unique wallpapers for individual chats or just set one default background for everyone if your patience is wallpaper thin.

“This update includes support for animated stickers along with the first official animated Signal sticker pack, ‘Day by Day’ by Miguel Ángel Camprubí. You can create your own APNG animated sticker packs in Signal Desktop too! Optionally tell your friends what’s going on or share something new ‘About’ yourself in your Signal Profile.” 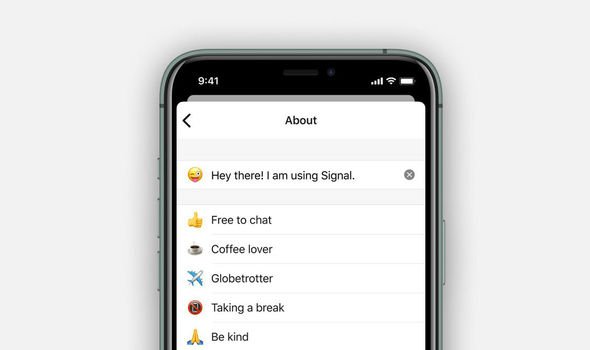 This month Signal passed the 50million download marker on the Play Store for the first time, with the app’s co-founder Brian Acton talking to Reuters about the messenger’s huge surge in popularity.

Acton said: “We’ve seen unprecedented growth this past week. It’s safe to say that because of this record growth, we’re even more interested in finding talented people.”

Both Signal and Telegram have recently experienced a surge in popularity amid a backlash against a controversial new WhatsApp privacy policy. WhatsApp, which Acton previously co-founded before selling to Facebook, has now delayed the rollout of this policy, which users need to agree to if they want to continue using the app.