SIR FRANK WILLIAMS and his daughter, Claire, have stepped down from running their F1 team following its sale for £136million last month.

It brings an end to F1's family dynasty after 43 years with highlights including 114 wins, 128 pole positions, nine constructors' titles and seven drivers' championships. 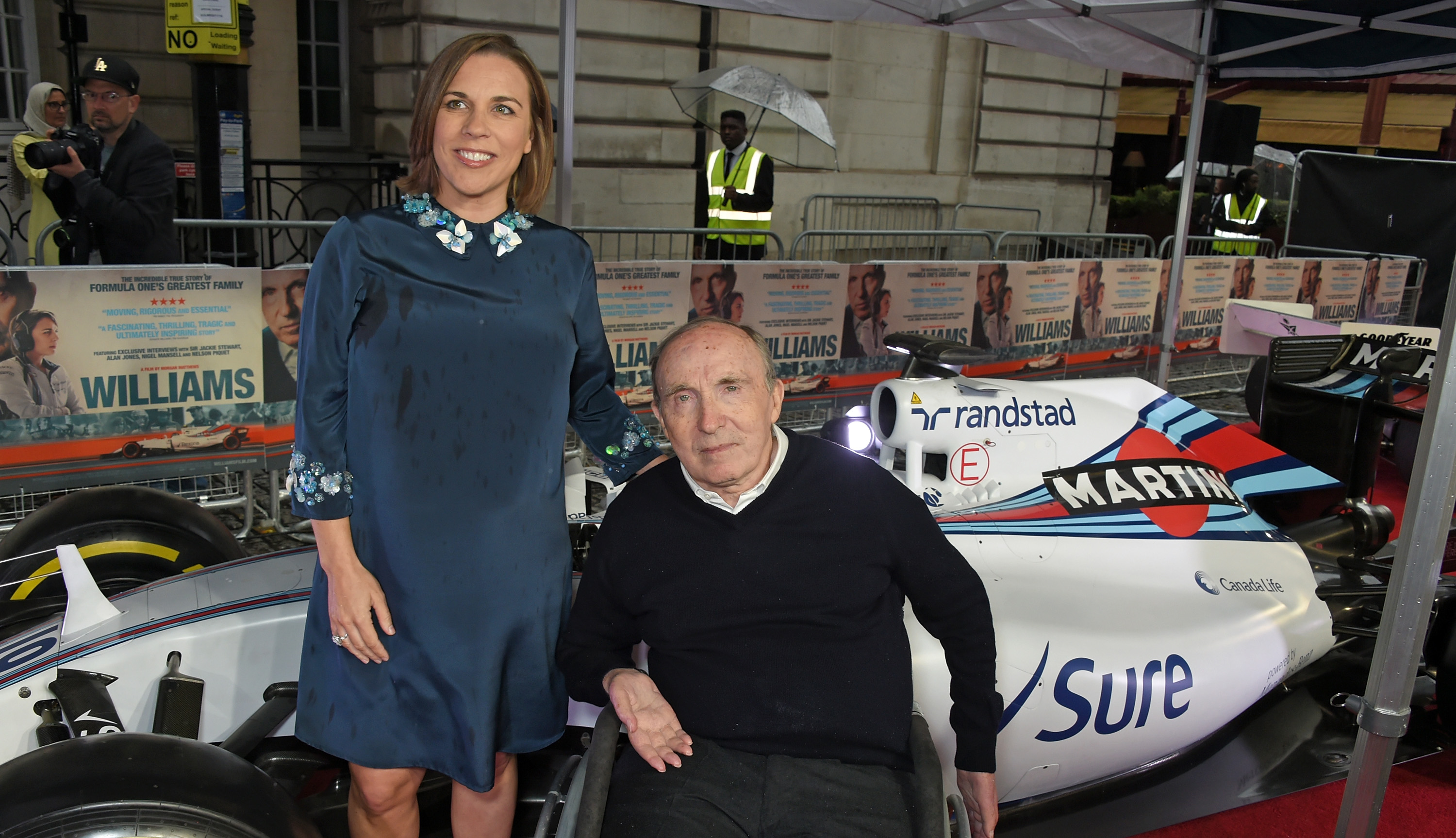 SunSport reported last week how Claire Williams was coy on her future following the sale and this weekend's Italian GP at Monza will mark her last as Deputy Team Principal.

Sir Frank, who formed the team in May 1977, has also agreed to make way for new owners, US-based investment firm, Dorilton Capital.

Claire Williams said: "With the future of the team now secured, this feels like the appropriate time for us to step away from the sport.

"As a family, we have always prioritised Williams.

"We have demonstrated that by our recent actions with the strategic review process and we believe now is the right time to hand over the reins and give the new owners the opportunity to take the team into the future.

"We have been in this sport for more than four decades. We are incredibly proud of our track record and the legacy we leave behind.

"We have always been in it for the love of it, for the pure pleasure of going motor racing, so this is not a decision that we have taken lightly but after much reflection and as a family.

"We are greatly appreciative of Dorilton's encouragement to continue, but in them we know the team will be in good hands and the Williams name will live on.

Little is known about Dorilton Capital and when the sale was confirmed on the Stock Exchange the real buyer was listed as BCE.

Last week, Williams confirmed that the new buyer was NOT Bernie Ecclestone but would not divulge further details.

And Williams driver, George Russell, who is in the middle of a three-year loan deal from Mercedes, said it was not essential the new boss of the team has F1 experience.

The Brit added: "It is a sad day for us. For me personally, Frank and Claire gave me my opportunity in F1 and that is something I am thankful and grateful for.

"It is sad to see the Williams family step aside but the team will remain as Williams Racing and we will continue to fight and represent the family name.

"I know they have the best interest of the team at heart and I am at ease with the situation.

"As for the next boss, I don't think F1 experience matters too much. Look at Toto Wolff at Mercedes.

"He had some motorsport experience but not a huge amount in F1 and has not done too bad. So I don't think that is hugely important."

Meanwhile, Matthew Savage, Chairman of Dorilton Capital and Williams Grand Prix Engineering, said: "We fully respect the very tough decision of Claire and the Williams family to step away from the team and the business after securing new resources for its future.

"We are proud to carry the Williams name into the next exciting phase for the sport and we thank Sir Frank, Claire and the Williams family for the opportunity to be part of this great British brand."

Williams have confirmed that the new board will include James Matthews, who is Prince William's brother-in-law.

Matthews, a business tycoon and a former racing driver, married Pippa Middleton in 2017.

He is also heir to a 10,000 acre Scottish estate, Glen Affric, and his brother, Spencer, was in the TV show Made in Chelsea.

Matthews is is the CEO of Eden Rock Group, an investment firm based in London and joins Savage, who is the Chairman of Dorilton Capital and the company's co-founder Darren Fultz, on the new board.