I don’t just want all our children back in school, I expect it. No ifs, no buts: Labour’s leader SIR KEIR STARMER writes in response after Boris Johnson said the return was a ‘moral duty’

I want Britain to be a country where every child can have the opportunity to fulfil their potential, no matter where they come from. And yet, last week, that opportunity was dashed for thousands of young people across England.

The anger and frustration I have heard from families over recent days about the exams fiasco has been profound.

I have heard from young people who feel a deep sense of injustice that their futures have been decided by an unfair computer algorithm; teachers angry at a system they knew to be unfair; and parents let down by a Prime Minister who has refused to listen to them.

I do not underestimate how challenging it is to assess qualifications for young people this year when exams had to be cancelled. It was never going to be easy.

Schools and colleges have been closed since March because of lockdown. Many courses were unable to finish and it was simply not possible for students to sit exams because of the unprecedented times we are living through. 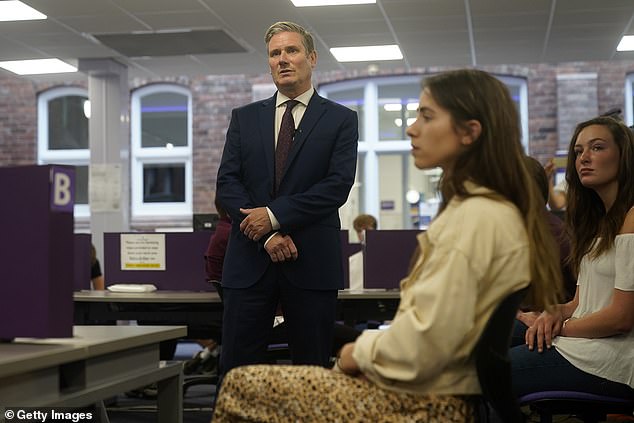 I want Britain to be a country where every child can have the opportunity to fulfil their potential, no matter where they come from. Pictured: Sir Keir Starmer talking with students after receiving their A-Level results

However, many of the challenges were entirely foreseeable. The warning signs were there for months. Boris Johnson and Gavin Williamson had the time to develop a system that pupils, teachers, universities and businesses could have had confidence in. A system that was fair, transparent and flexible to the unique situation young people face this year.

It was also blatantly obvious when the Scottish Government was forced to U-turn early last week that the UK Government was going to need to take drastic action. And yet they turned a blind eye to the injustice that was exposed on Thursday morning.

Thousands of young people who have worked so hard had their grades downgraded by a system that was found to be flawed and failed on its own terms.

Young people – particularly those from disadvantaged backgrounds – have been robbed by a system that judged them on their postcode, not their ability or effort. The stories we have heard from pupils have been devastating. A downgrading by one grade means the difference between whether someone can get their dream job, go to university or take up an apprenticeship. 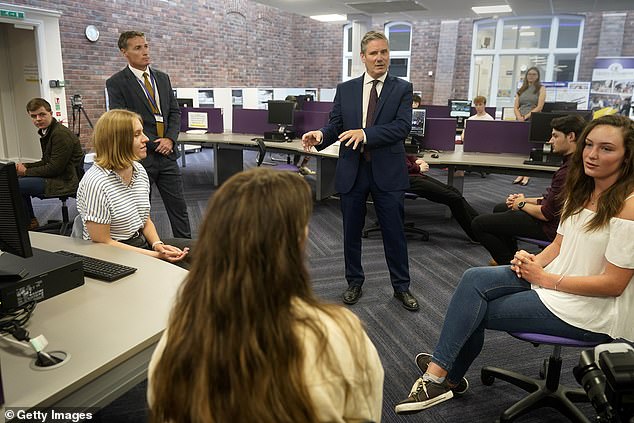 We also need to see an urgent review into the system to stop the same situation being inflicted on thousands more students when they receive their GCSE results in the coming days. Pictured: Sir Keir Starmer talks to Sixth Form students in Darlington after they received their A-Level results

‘Levelling up’ was meant to be the priority of Boris Johnson’s administration. However, many young people have seen their futures levelled down with one clean sweep. The ladder of opportunity has been kicked away and the injustices within our society will only be deepened as a consequence. It has been a shambles.

Even now, I would urge the Prime Minister to ditch the system and back teacher assessments. This is not a perfect solution, I accept that. However, it is a fairer solution. There is no shame in Ministers admitting they have got this wrong, and doing what they can to right what could prove to be a historic wrong.

We also need to see an urgent review into the system to stop the same situation being inflicted on thousands more students when they receive their GCSE results in the coming days.

Sadly, this is not the first time education has been an afterthought for the Government in Westminster. We have seen the same on the reopening of schools. The Prime Minister wrote in this paper last weekend that we have a moral duty to reopen schools. I agree. What he does not seem to understand is that he has a moral responsibility to make sure it happens.

It was obvious the day schools were shut in March what the problems would be and what the solutions needed to be. The Government needed a plan and the Prime Minister needed to take responsibility to make sure that plan was implemented.

We built the Nightingale hospitals to protect the NHS. We introduced the furlough scheme to protect jobs. We needed to see the same grit and determination to protect our children’s education.

Instead, Boris Johnson wasted months flailing around blaming everybody else and refusing to take any responsibility or show any leadership. His priorities were wrong, too.

He set up a ‘task force’ for the reopening of bowling alleys but refused my offer to do the same for schools. He set a deadline for reopening the economy but ditched his commitment to get classrooms back open before the summer.

We cannot afford to see the same mistakes being made over and over again.

Children, young people and families must be a national priority with the leadership to match. Every day children are missing out on their education is a tragedy. It has a devastating impact on their wellbeing and life chances, as well as putting a huge strain on families who are forced to juggle childcare and work commitments. 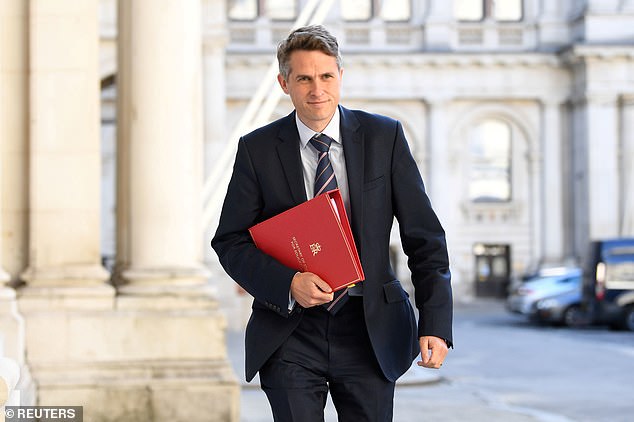 Boris Johnson and Gavin Williamson (pictured) had the time to develop a system that pupils, teachers, universities and businesses could have had confidence in

So, let me send a very clear message to the Prime Minister: I don’t just want all children back at school next month, I expect them back at school. No ifs, no buts, no equivocation. Let me be equally clear: it is the Prime Minister’s responsibility to guarantee children get the education they need and the benefit of being back with their teachers and classmates.

The Government must learn from the mistakes over the past months and ensure that the next academic year is not disrupted to the detriment of children and families. My offer to help the Government reopen schools still stands but responsibility for making it happen lies squarely at the door of No 10. Despite our differences, I want the Government to succeed in defeating the virus. I want lives saved, I want the virus contained, I want the economy restarted and I want children in school.

We were promised a ‘world-beating’ test and trace system but in many parts of the country we still barely have a system at all. 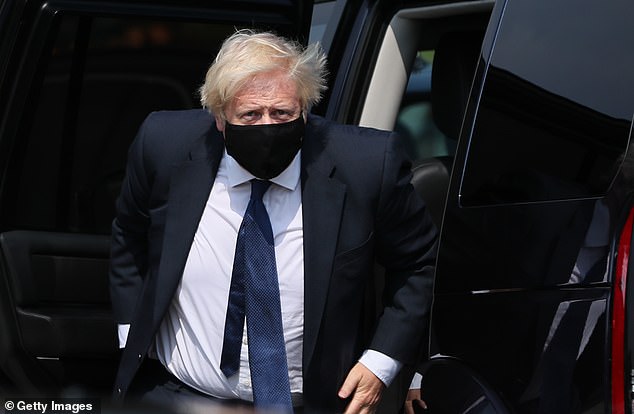 ‘Levelling up’ was meant to be the priority of Boris Johnson’s administration. However, many young people have seen their futures levelled down with one clean sweep

Public health advice has been confused. We have the worst excess death rate in Europe and now we are on course for the worst recession in Europe, too.

A downturn was inevitable after lockdown but the Tories’ incompetence was not. This is holding Britain back in our national determination to stop this virus. It is holding back our economy so it can rebuild out of recession.

Until the Prime Minister learns from his mistakes and gives people confidence that he can provide the leadership this country deserves, we cannot get the economy or society back on its feet again.

And until he takes responsibility, we cannot give children the opportunities they deserve.