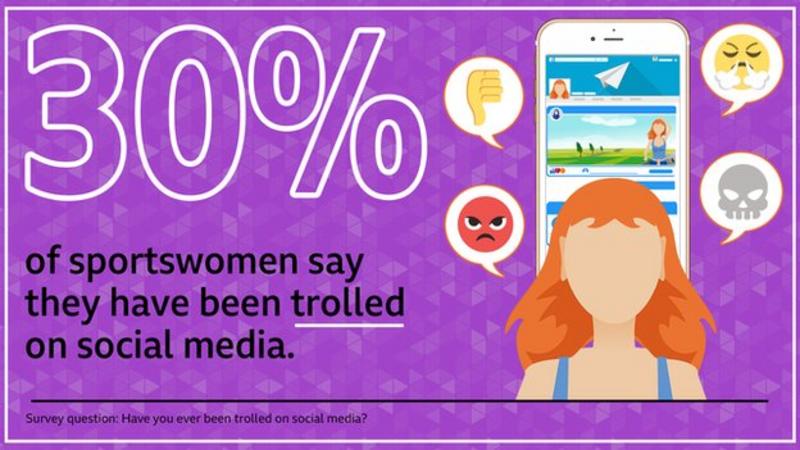 Three women have shared their experiences after 30% of survey respondents said they had suffered trolling – a figure that has doubled in the past five years.

Here are the athletes’ stories in their own words. 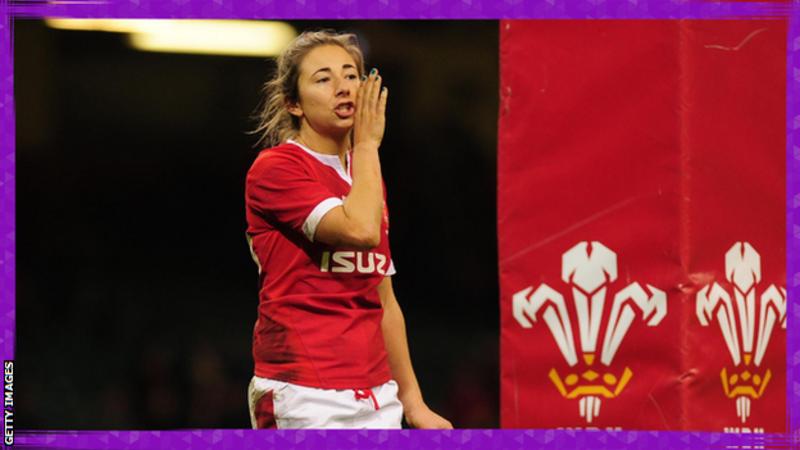 Wales rugby union international Elinor Snowsill describes the constant private messages she gets from some men in response to her posts as akin to harassment.

“It’s just a bit relentless. It sometimes feels a bit like harassment. It’s such a strong word but if that person was constantly coming up and reacting to everything you did in real life, it would feel a bit odd.

“It’s emoji reactions with heart eyes or blowing kisses. Or ‘very nice’, ‘looking good’. Other ones are completely random like telling me something about themselves. If it carries on, most of the time I block them.

“About four years ago, I had one who commented on something that made me think he was near and knew where I was. I had posted and I was in a public place. That did scare me a bit. I blocked him and was quite careful with what I put up.

“It’s never women who do it. It feels more threatening because if there ever was a situation where someone took it to the extreme, generally men have more power in a situation than women because they’re stronger. It just has that different edge to it.

“What kind of mindset are they in that they would constantly do something without ever getting a response?

“It just makes you question where their limit is. You don’t know them and they often don’t have pictures of their faces in their profiles. You can’t actually find out anything about them. That’s what makes it more threatening.”

‘I was hacked and no-one knew how to help me’ 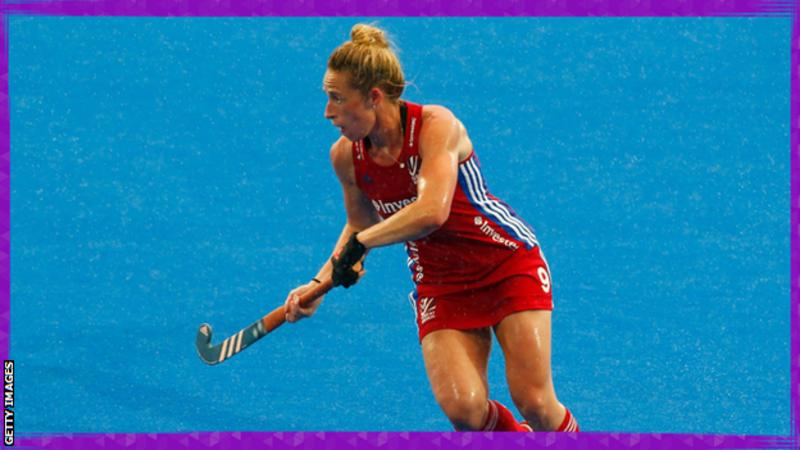 In 2015, Olympic gold medal-winning hockey player Susannah Townsend’s Instagram account was hacked and she describes the lack of control she felt as “awful”.

“I couldn’t get into my account. I tried to find it and it said it couldn’t find the user.

“I searched and searched on the GB Women’s hockey account to find myself and my name had been changed to ‘come in my face’.

“I couldn’t get it taken down for about a week. There wasn’t anyone who could help me.

“I can’t actually change my password on Instagram because the hacker put something in that I don’t have any control over. I’m trying to get on top of that right now because I’m paranoid something else will happen.

“The thing I struggled with is that I felt like I was fighting this battle to do it myself. No-one knew how to help me.

“Giving athletes someone they can call if they get hacked or if something goes wrong is quite important.

“Athletes are petrified of being hacked all the time – not because you’ve got something to hide, it’s just your own privacy.

“Every time I put #LGBTQ on a post, you get people throwing abuse at you for being gay still. People say: ‘God will hate you. You’re going to go to hell.’ All that stuff is quite common.

“It’s hate stuff. For some people who post that for the first time with that hashtag, then they get that… I can imagine they wouldn’t post it again.

“The implications could be that people will not openly be gay, or whatever preference they have. People just won’t be open because you’re scared of being laughed at, criticised, outed by other people.”

‘It’s never about the football’ 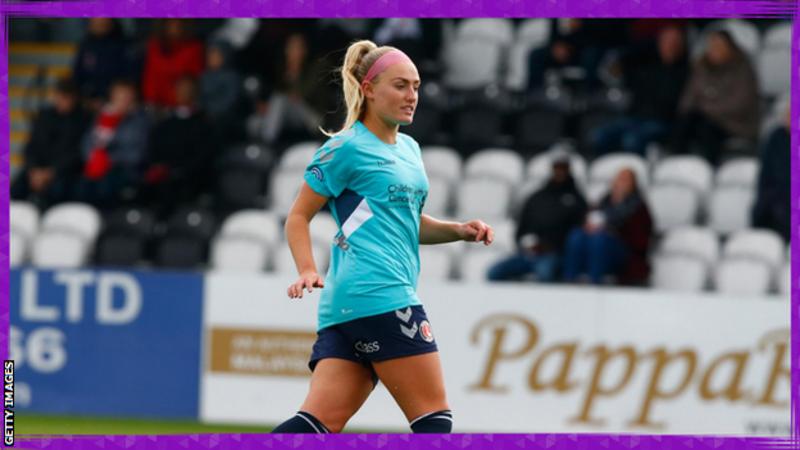 Northern Ireland and Charlton Athletic footballer Rachel Newborough mostly avoids social media because of the abuse sportswomen receive, but she knows this affects her sponsorship opportunities. She is also familiar with the effects of trolling, having played with Renee Hector who sank into depression after suffering online abuse when she reported racist discrimination.

“I do have social media accounts but I’m not overly engaged with it because you open yourself up. The downside to that is if you’re a real presence on social media, then you can get brilliant sponsorships and earn a side living from it. It’s a great opportunity.

“I know myself and a lot of girls get the odd random person private messaging you things. It’s never about the football.

“I find that frustrating. If you go through a lot of female footballers, a lot of it isn’t about the football – it’s about how pretty they are or whatever clothing item they’re showing off. That’s great but you want to be told you’re great for your football.

“When you go into women’s football from age 16, you’re still quite vulnerable.

“I know players in my team have really struggled off the back of it. Renee Hector came to Charlton so I had the opportunity to speak to her. I know her involvement with social media has been really difficult.

“I don’t think any of us have been trained in how to deal with that. The Football Association comes in once a year and says what not to put on social media, along with the talk of not betting on football and things like that. Maybe at that point, they should also tell us how to deal with the backlash.

“Mental health-wise as well, maybe the psychologists we have in women’s football – the clubs that are fortunate enough to have them – could do something to help us know how to deal with it or, in the younger teams, have a person to report it to.”

Social media trolling is one of many issues raised by the BBC Elite British Sportswomen’s Survey. BBC Sport will be shining a spotlight on the others with coverage throughout the week on the BBC Sport website, BBC Radio 5 Live and BBC TV. More information can be found here.