On September 9 Bowral socialite Annabel Walker faces likely jail time when she is due for sentencing on a string of fraud convictions that has left a trail of financial devastation from the Southern Highlands to the exclusive Rae's resort in Byron Bay. 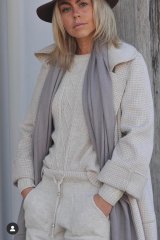 However, since PS first reported on her antics, which had left her victims $30,000 out of pocket, other accounts of similar episodes – some going back over a decade – have been brought to this column's attention. PS can reveal at least one former fiance, several lovers and their respective families, a landlord, old school friends and shopkeepers have also been fleeced by Walker over the years, collectively to the tune of hundreds of thousands of dollars.

Several, deeply embarrassed by the ordeals, have spoken of their experiences and given detailed accounts of how they were hoodwinked. PS has chosen not to name them.

What has emerged is a portrait of a pretty 32-year-old masterful con artist, a real life Talented Miss Ripley, adept at creating false identities and concocting increasingly melodramatic excuses in order to evade paying up.

"I loved her like a daughter," one of Walker's victims, a high-profile millionaire Sydney businessman, told PS this week. His family had taken Walker in when his son was in a relationship with her four years ago.

However, after discovering she had stolen his business credit card details and racked up huge bills over many months while she was dating his son, that love soon turned into utter dismay. 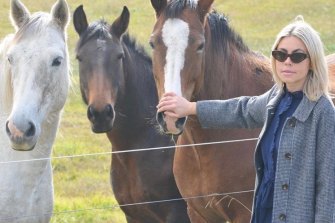 Due for sentencing: Annabel Walker.Credit:Instagram

And that dismay soon turned to disbelief, especially when he discovered Walker had created a string of false online identities, with email accounts, including one supposedly belonging to her mother Kate Hyles, the partner of Chris Chapman, president of the prestigious Royal Sydney Golf Club, and an accountant and solicitor.

"I was emailing all these fake people she had created, she was intercepting the correspondence and stringing me along, making up excuses as to why the money had not been paid back … it was extraordinary," he told PS.

"I am a firm believer in people being held to account but it was really about protecting our son, that's why we didn't pursue it through legal channels. He wanted to move on, and we had to respect that."

Walker's former fiance, who says he paid $70,000 towards her university studies "or so I thought", told PS he had no interest in reliving what had happened to him or his family but said he was satisfied that she would finally be held to account.

A Bondi landlord who rented two luxury properties to Walker said she was still owed $18,000 in rent, but when she reported her claim to police "they were not interested, they told me if it was $1.8 million I'd have a better chance of getting something back".

As PS was discovering how extensive Walker's trail of destruction had been, it emerged she appeared in Wollongong Local Court last Saturday and is now facing three fresh charges, including two counts of using a fake document to influence her exercise of public duty. Police allege the Frensham alumnus sent a "fake admission letter" to prove she checked in to South Coast Private Hospital.

Walker was also charged with an additional count of dishonestly obtaining financial advantage by deception.

Her solicitor Michael Moussa managed to have Walker's bail continued. He told PS it was likely the additional charges "would be finalised" when she is sentenced next month.

PS has visions of Samantha Armytage breathlessly singing Happy Birthday – a la Marilyn Monroe – on the "show reel" the stars of Seven have put together for their billionaire boss Kerry Stokes. 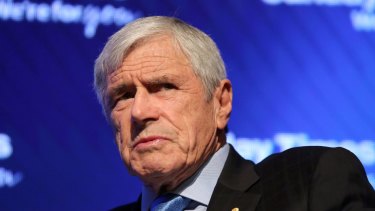 Clearly there are no hard feelings among the crew – or at least those still with jobs – despite several big names at the financially embattled network taking pay cuts – some of them very significant ones – as several key talent contracts are renegotiated.

Speaking of contracts, PS can reveal rival Today co-host Karl Stefanovic has signed a new multi-year contract to stay on the show, as its ratings slowly strengthen after years of decline. Nor are there any plans to change the current lineup. Just how much Stefanovic is earning in these leaner media times is a closely guarded secret. 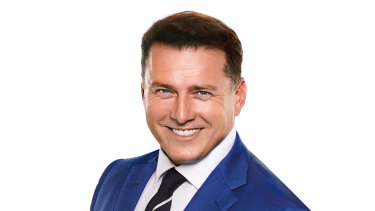 Meanwhile, Stokes intends to mark his 80th birthday on September 13 with a low-key celebration and may include a few days at his Broome holiday home, which makes sense given his Dalkeith digs in Perth are currently in the midst of a huge rebuild.

Dawson-Damer stands by her man

Heiress Ashley Dawson-Damer says she is standing firm with her long-term partner, high-profile Sydney chef Darren Taylor, who has pleaded not guilty to a string of charges including sexually touching an alleged victim. 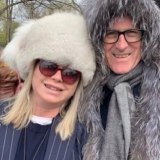 "He really does not deserve this," Dawson-Damer, who has been busy judging this year's Archibald Prize (via many hours on Zoom) told PS. "He is my best friend."

Earlier this month Taylor, 60, of Paddington, appeared at the Downing Centre Local Court after being charged with multiple offences, including sexually touching another person without consent, assault occasioning actual bodily harm and common assault.

The matter will ­return to court for a hearing in November, and is just one of many court cases Dawson-Damer has been preoccupied with in recent months.

In June PS revealed she had been quietly waging battle in various law courts around the world over a $614 million family trust. 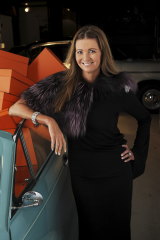 Karin Upton Baker’s Hermes Birkin bag and Art Deco diamond bracelet were among the items up for auction.

It's been a battle royal from London to Bermuda, after Dawson-Damer disputed the transfer of a significant amount of assets, worth several hundred million dollars, from the Bahamas to Bermuda. There, she would not be recognised as a beneficiary.

The spoils of one of Sydney's most glittering former couples, Hermes Australia boss Karin Upton Baker and her now ex-husband, former bankrupt property developer Gary Baker, went under the hammer at Shapiro in Woollahra on Tuesday night.

The collection of expensive jewels, designer gowns, luxury handbags, classical artworks and antique furniture certainly raised eyebrows within Sydney's society circles, especially given Baker was the sole vendor, meaning he had ended up with his wife's beloved clothes and accessories in their property settlement.

The highest price was fetched by Upton Baker's old crocodile Birkin bag. It sold for $43,920 – which, even with the 20 per cent buyer's premium, is about half the price of what it costs brand new, though as one Hermes collector told PS: "Who wants hand-me-down Hermes or Gary's old hankies?" 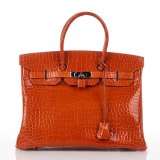 Despite reports elsewhere, Roxy Jacenko was not among the buyers.

Several other big ticket items, including Upton Baker's old Art Deco diamond bracelet, which had hopes of $150,000, did not sell, nor did several marble busts or any of the furniture that would be at home in Versailles.

But it wasn't just the Bakers having trouble selling their bling. Down the road at Leonard Joel the following evening, a much-hyped yellow diamond ring that had hopes of $900,000 failed to find a buyer.

However, the mystery vendor of a spectacular diamond ring had more luck, setting a new Australian record for a single piece of jewellery when a 17.34 carat emerald-cut diamond ring set in platinum sold for $575,000. 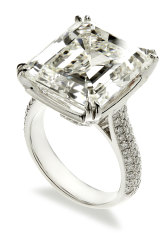