In the midst of a global emergency, Australia's historical institutions are already thinking decades ahead as they plot ways for us to remember the past.

While the coronavirus pandemic is far from over, museums and libraries around the country are busy planning and collecting to ensure people in 100 years' time can look back and understand how we coped. 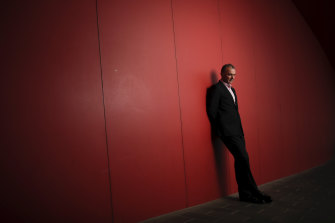 National Museum director Mathew Trinca is plotting a way to remember this crisis in future.Credit:Alex Ellinghausen

The National Museum of Australia has launched a social media project asking people to share and record their experiences during this life-altering moment in history, while state libraries are asking citizens to collect leaflets and posters for posterity.

Through a new Facebook group called "Bridging the Distance", the museum is encouraging people to share their stories, photos and videos for display during a future exhibition – once things calm down a bit.

Museum director Mathew Trinca said capturing a snapshot of experiences during this extraordinary period was vital.

"We've seen nothing like this in our lifetimes and we're unlikely to see it again," Dr Trinca said. "It's the topic of conversation, it's almost the only thing we've got space for in our lives at the moment."

Examples of things he hopes people share with the Facebook group include videos of themselves learning to play an instrument, or innovative ideas for keeping their children entertained.

"It's so important to preserve our joy in the darkest times. It's what makes us human … our ability to find a way through moments like this," Dr Trinca said.

Museums Victoria curator Michael Reason said the pace of this crisis meant curators were "really having to think on their feet and make it up as they go along". 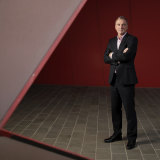 Historians are thinking years ahead as they document the unfolding crisis.Credit:Alex Ellinghausen

"It's a really unprecedented event, especially when it comes to collecting because we're used to standing back," he said.

Mr Reason has spent the past month frantically running around hoarding any materials he can, from leaflets about supermarket buying restrictions to hand-written "Sorry we're closed" signs at restaurants.

"It's probably something we'll never see again, so part of me is enjoying it."

He said major life-changing events like this prompt a fundamental question: "Is this changing us temporarily or is it changing us forever? Cafes saying we don't take cash anymore. Is that a sign of things to come, that cash is extinct?"

State libraries in NSW and Victoria have also begun collecting digital and physical material and are asking supporters to hang onto posters and flyers until they can donate them when the libraries reopen.

NSW State Library senior curator Elise Edmonds said while today's information glut meant there is much to sort through, the underlying principle was no less important than it was during the Spanish flu in 1919.

"The importance is we are making this event so that generations in the future will be able to see how we coped and how we carried on," she said.

The State Library of Victoria's collections manager Toni Burton said it was "a privilege and an honour" to document history as it unfolded.

"Library users today have amazing collections of World War I literature which we wouldn't have had [if someone hadn't collected it]. It's just a really important part of our library's mandate," she said.