Son Heung-min snaps over Harry Kane transfer rumours amid Man Utd and City interest and asks 'has he moved already?'

SON HEUNG-MIN hit out after being grilled over Tottenham team-mate Harry Kane's future.

The South Korean forward insisted he's only focussed on his own performances amid intense speculation around Kane. 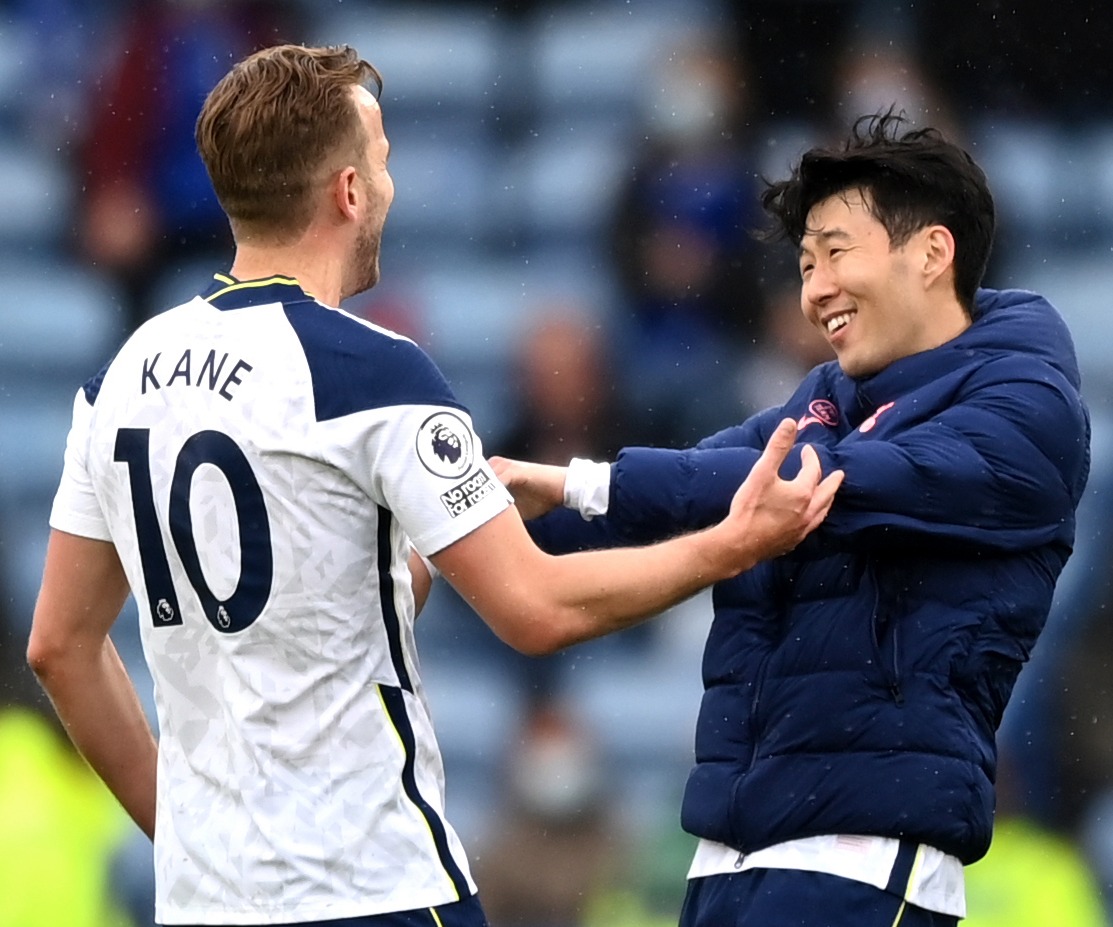 The Spurs striker, 27, has been linked with a £150m move to Man Utd or Man City in a bid to win trophies.

And if Kane leaves North London this summer it would end a brilliant partnership with Son – who he broke a record with in March when they combined for a 14th goal of the season.

But Son, 28, was in no mood to discuss Kane's potential transfer when asked by reporters while on international duty.

He snapped back: "Has Kane moved already?

"Everything is not decided. Rather than worrying about his transfer, I am doing my best at Tottenham.

"I want to focus on the national team and Tottenham. Maybe Kane is doing the same, he is busy preparing for the Euros."

Son will feature in the World Cup qualifiers against Turkmenistan, Sri Lanka and South Korea this week.

SunSport revealed that Man City will offer Raheem Sterling AND Gabriel Jesus to Tottenham in their bid to land Kane.

The Premier League champions are so desperate to beat neighbours United and Euro conquerors Chelsea to the England skipper that they will let both stars go in part-exchange.

It is the latest twist in this summer’s biggest transfer saga after Kane, 27, told Tottenham he wants to leave in his pursuit of trophies.

City is his preferred destination and he recently revealed the top-flight star he would most like to play alongside is Etihad ace Kevin de Bruyne.

Spurs chairman Daniel Levy, under fire from their own fans after yet another season without a trophy and his involvement in the botched European Super League bid, is determined to keep his most prized asset, who still has three years remaining on his current contract.

He hopes bringing back former boss Mauricio Pochettino will persuade Kane to stay at the club.

But while Poch remains his No1 choice, it appears Antonio Conte is the man leading the running to take over after having talks with Spurs chiefs about the job.