They are being transported by a Dragon Endeavour capsule produced by Elon Musk’s SpaceX company. If their mission is successful it will mean the US has a fully operational system for getting its astronauts into orbit, then back to Earth, for the first time since 2011.

That year saw the final flight from the Space Shuttle programme which went into operation in 1981.

US astronauts Bob Behnken and Doug Hurley are onboard the Endeavour capsule making its way back to Earth.

The reusable Endeavour capsule will be collected by a recovery vessel off the coast of western Florida. 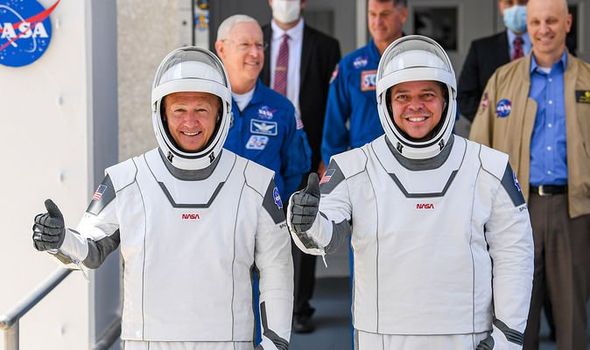 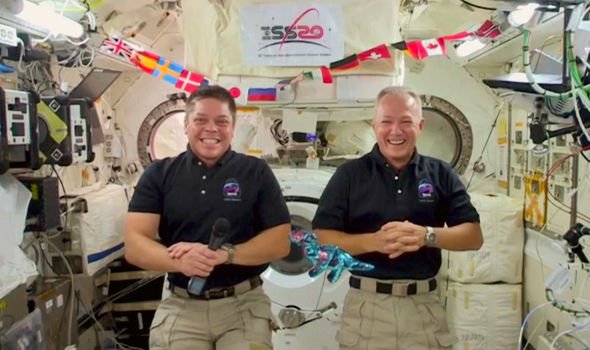 The precise location has been chosen to avoid Hurricane Isaias which looks set to hit eastern parts of the state.

This will be the first crewed US capsule to make an ocean landing for 45 years.

After retiring the Space Shuttle programme NASA decided to work with commercial partners rather than build another transportation system of its own.

The first partner to the company is SpaceX founded by tech tycoon Elon Musk.

READ MORE: NASA launch to Mars: Where is Perseverance now? 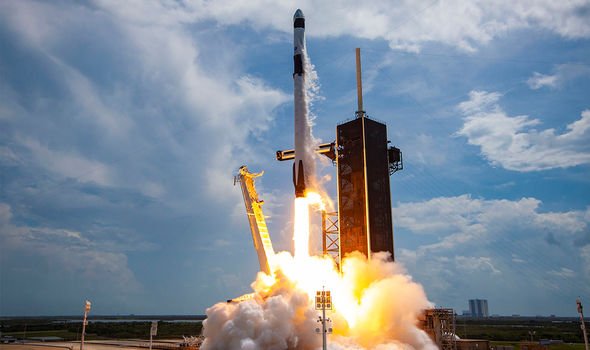 As well as its capsule parts of the Falcon rocket are also reusable.

Speaking to the BBC NASA Administrator Jim Bridenstine explained why the agency had decided to partner with SpaceX.

He said: “We established basically the high-level criteria, the requirements, in terms of payload and safety, but we didn’t get involved in designing everything downstream. 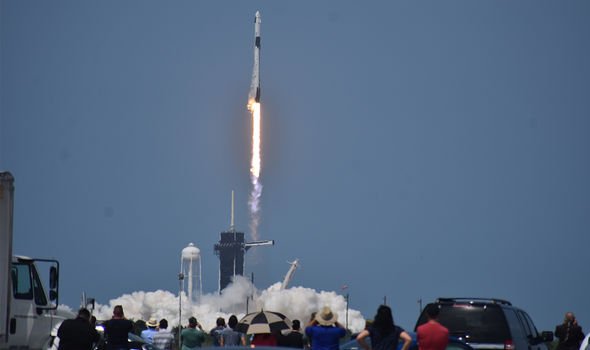 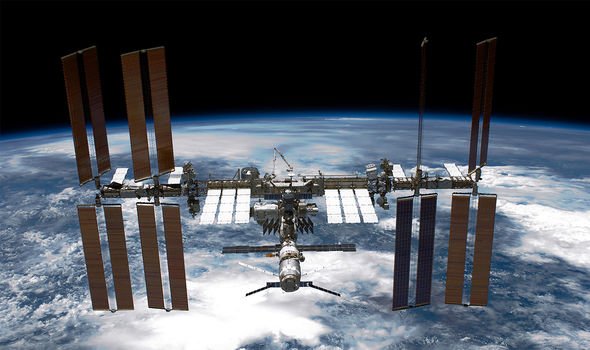 “That ultimately drove us to a point where we’re now reusing these rockets, reusing the capsules, and of course, we want to apply that to what we do with the Moon and eventually Mars.”

The Trump administration has set NASA a target of putting another human on the Moon by 2024.

After that the agency will work towards putting the first person on Mars.

Mr Behnken and Mr Hurley are bringing a ceremonial American flag back with them from the space station.

The flag, flown with the first shuttle mission in 1981, is planned to accompany US astronauts back to the Moon later this decade.

On Friday Mr Hurley told reporters he was prepared for nausea after landing back on Earth.

He explained: “There are bags if you need them, and we’ll have those handy. 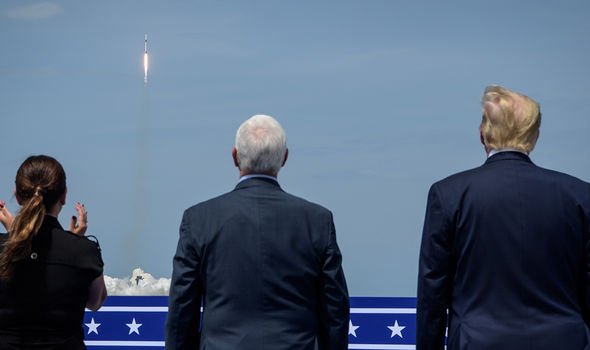 “We’ll probably have some towels handy as well. If that needs to happen, it certainly wouldn’t be the first time.

“Folks that fly in space know that sometimes going uphill can have an effect on your system and sometimes coming downhill is the same way.”

Back in 2011 it was Mr Hurley who piloted the final space shuttle mission.