Because he’s worth it! Springer Spaniel is the talk of the town thanks to the natural highlights peppering his mane

This springer spaniel is stopped in the street by people who are envious of his perfectly highlighted hair.

11-year-old Jerry can be seen with blonde and caramel tones going through his luscious brown locks that he acquired with age.

His owners Mark, 73, and Maroline Graham, 73, from Doncaster, Yorkshire, refuse to give their pooch’s hair the chop as it is loved by so many.

And while they say their pooch’s mane is a great conversation started, they admit his walks are longer than they should be because people stop to talk about his beautiful hair.

Mark, who is a retired consultant, said: ‘Jerry’s hair wasn’t like this as a puppy – the highlights have strangely come with age. 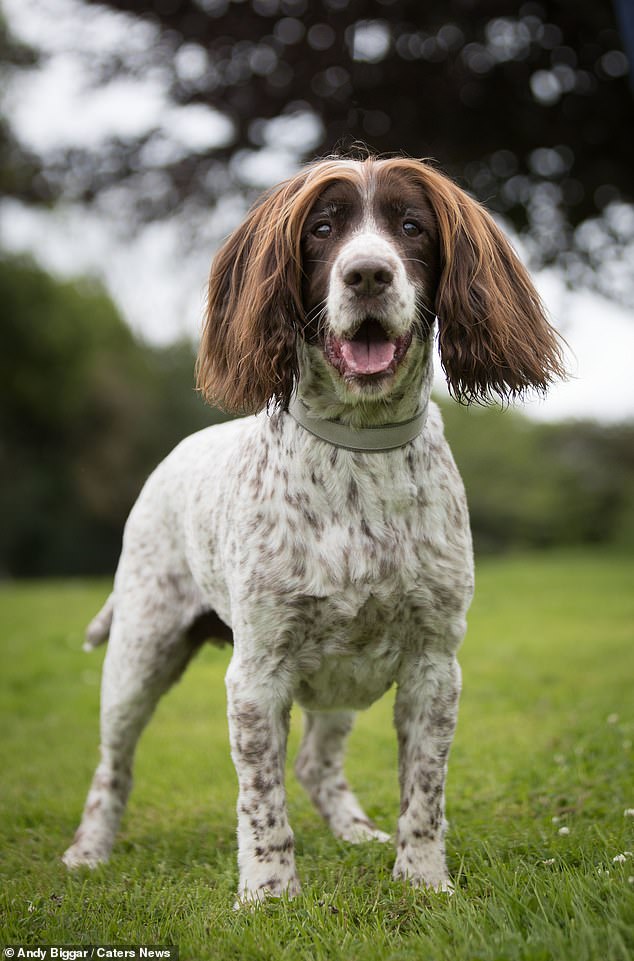 11-year-old Springer Spaniel Jerry, from Doncaster, can be seen with blonde and caramel tones going through his luscious brown locks that he acquired with age

He added that Jerry’s wavy mane was the envy of everyone in town.

‘His hair is a great conversation starter,’ he said.

‘A walk takes longer than we plan as people are always stopping him and giving him a fuss.

Mark said he had never seen a Spaniel with highlights apart from Jerry. 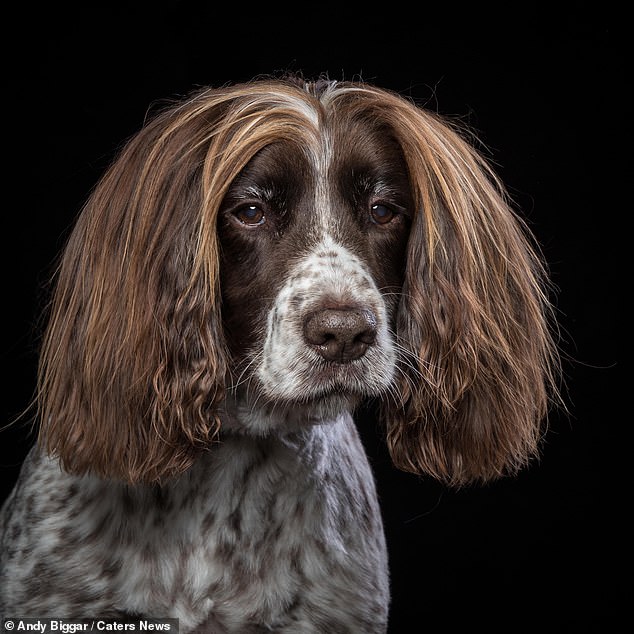 Jerry got beautiful highlights colourists can only dream of on his wavy mane with age, and his owners Mark and Maroline Graham do not want to chop them away 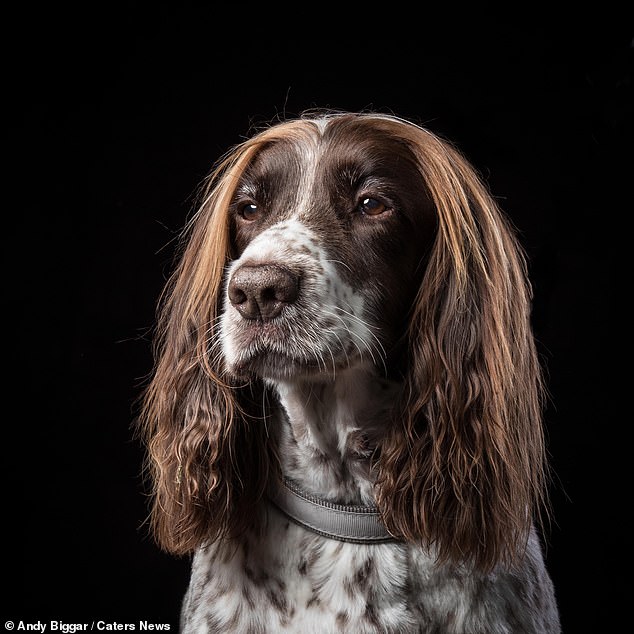 Sociable and loving dog Jerry likes to be the centre of attention during his walks, with many strangers stopping his owners in their track ti ask about the locks

‘I think it is quite common for springer spaniels to have long hair on their ears but I’ve never seen one with highlights like Jerry before,’ he said.

And popular Jerry doesn’t mind the spotlight one bit, his owner said.

‘He is such a loving and sociable dog so he loves the attention.’ 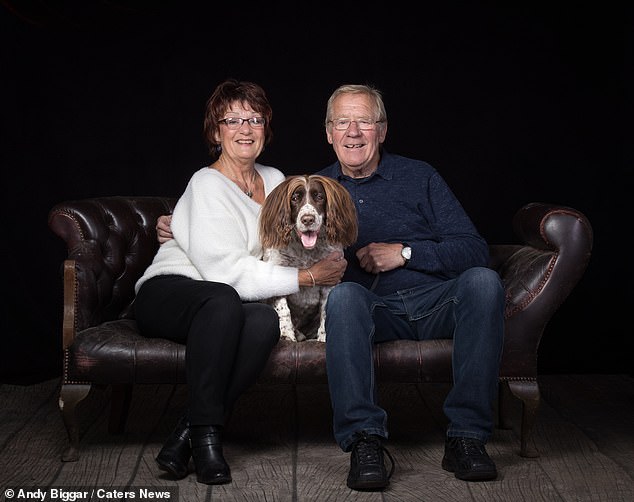 Mark, 71 and Maroline, 73, took part in an adorable photoshoot with Jerry where the pooch showed off his unique hair 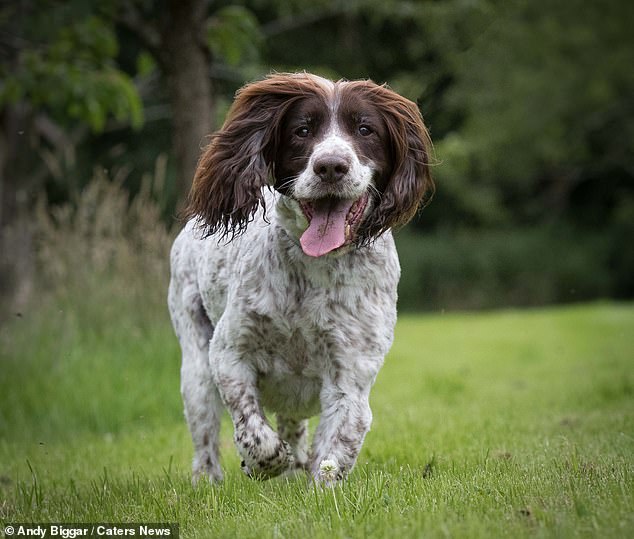 Jerry loves to run around in Doncaster with his loving owners. Mark said the pooch’s walks took much longer than he thoughts because of all the people asking about his hair 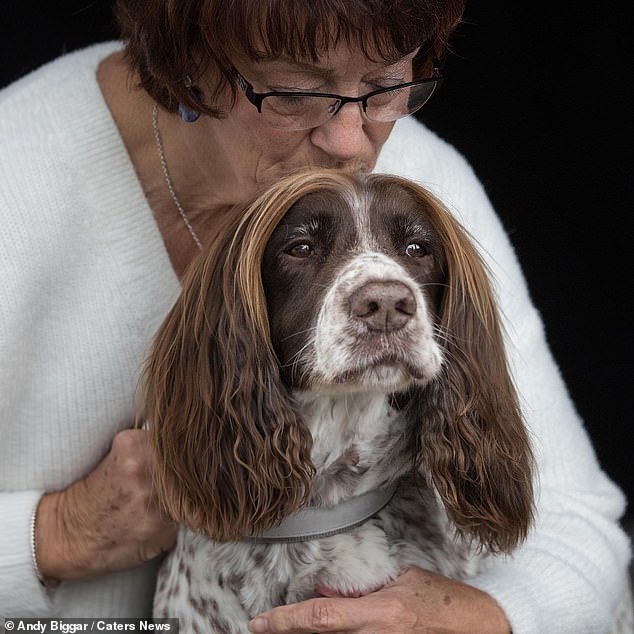 Maroline planting a kiss on Jerry’s head. The couple love their pooch and said they adored the professional pictures taken by pet photographer Andy Biggar

It is easy for one to assume Jerry has been to the hairdresser’s as his spotted body doesn’t quite match his natural highlights.

Andy Biggar, who is a pet photographer, has shared a selection of Jerry and his doting owners.

In the beautiful snaps the playful dog can be seen striking poses and showing his best profile for the camera. 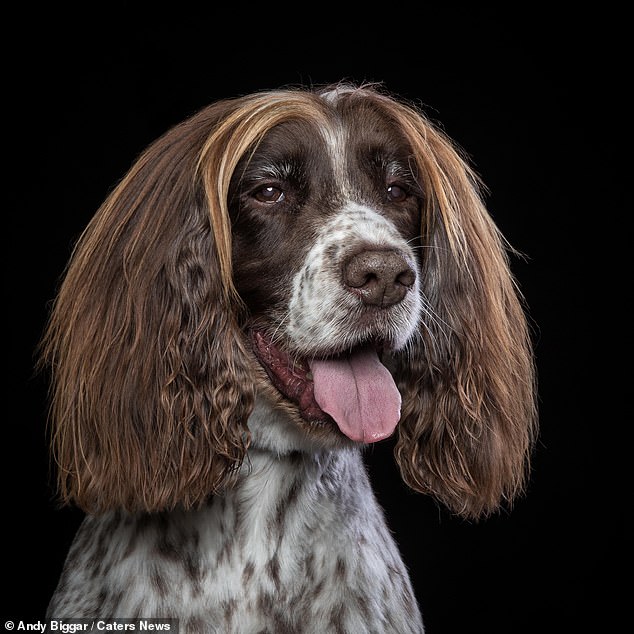 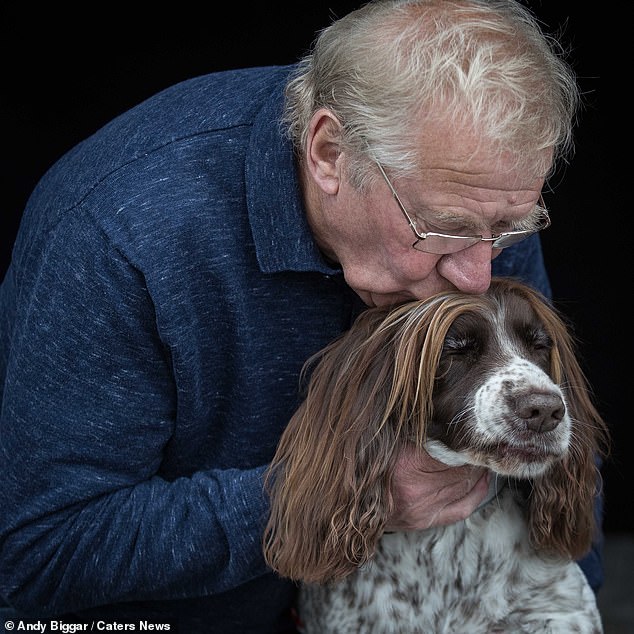 Mark giving handsome Jerry some love during the photoshoot. Mark said the pictures captured how beautiful Jerry was

Doting Mark and Maroline were also photographed with Jerry, planting kisses on his ears and beaming, proud of their beautiful pet.

Mark said: ‘We absolutely love the professional photos, they show exactly how handsome Jerry is.

‘We have put one on the wall in our living room.’