STEPHEN GLOVER: Matt Hancock is steering a cruise ship with a paddle

STEPHEN GLOVER: Matt Hancock is steering a cruise ship with a paddle. No wonder it’s all been such a fiasco

Which of us would like to be in Matt Hancock’s shoes? The beleaguered Health Secretary faces formidable problems, and the mounting chorus of blame is principally aimed at him.

There is a shortage of personal protective equipment (PPE) for frontline NHS staff. If the Government should change its advice and sensibly recommend that we should all wear face masks, there won’t be enough of them.

At the new Nightingale Hospital in London — whose rapid construction spear-headed by the Army was rightly praised — dozens of coronavirus patients have been turned away because there aren’t enough nurses.

Wherever Mr Hancock looks, there are intimidating challenges, of which the greatest is testing. On April 2, his first day back after contracting the virus, he set the ambitious target by the end of this month — a week away — of carrying out 100,000 tests a day. 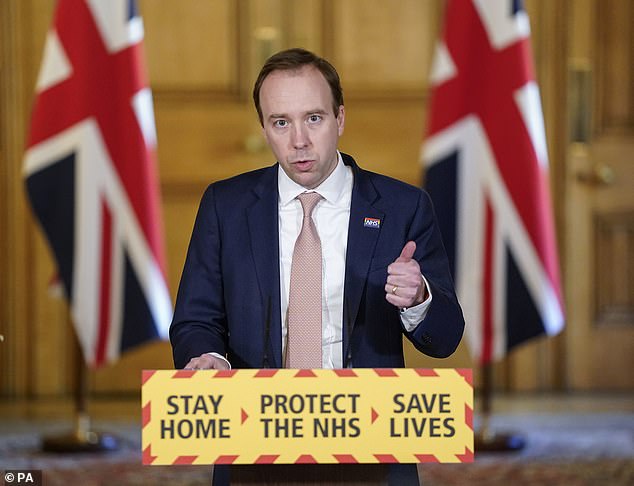 Wherever Mr Hancock looks, there are intimidating challenges, of which the greatest is testing

On Monday, only 18,206 tests were done out of a supposed capacity of 41,398. Mr Hancock will have to ensure that the number of tests being conducted increases by about five times within seven days.

Will he manage it? The Health Secretary stuck by the figure yesterday. So did Dominic Raab, the stand-in PM, during Prime Minister’s Question Time, when he promised an ‘exponential’ increase in testing over the next week.

Do they know something we don’t? Or are they being wildly optimistic? We’ll see. I trust that on April 30 the Government won’t take refuge in the argument that 100,000 daily tests are theoretically available. Mr Hancock’s undertaking was that this number would be carried out.

Now I realise it’s easy enough to criticise from the side-lines, and I’ve no doubt Mr Hancock and his staff are working around the clock to deliver the promised tests. They are doing their best.

But the fact remains that testing has been a fiasco. Germany, which has carried out about four times as many tests per 1,000 people, has been far more successful in curbing the disease. Rigorous and widespread testing partly explains the country’s significantly lower death rate.

We have to ask whether our flawed system will ever deliver sufficient tests, or whether some radical change is needed if Britain is going to move from near the bottom of the international testing league. 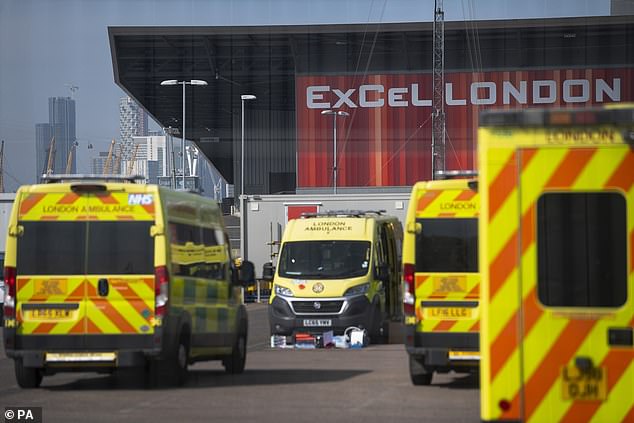 Let me enumerate some of the errors of recent weeks. It emerged that 17.5 million antibody tests ordered from China — those are the ones which establish whether you have had the disease — are faulty.

The Chinese are undoubtedly to blame. But we should also ask why the Government put itself in the position of being so dependent on foreign suppliers. Germany has produced millions of its own tests.

Meanwhile, there is growing evidence that the antigen test — which establishes whether people are infected — can also be dodgy. An internal memo on April 11 from Public Health England mentions ‘discordant’ — i.e. unreliable — results.

Another huge failure has been the centralised approach taken by the NHS and Public Health England, and their disinclination, now being only slowly corrected, to involve private companies and universities in testing.

This ‘command structure’ has led to drive-in centres being set up which are often some distance from the staff who need testing, and can only be accessed by car. It partly explains why less than half of capacity is being used.

Remember that a third of those infected are believed to show no symptoms. It follows that hundreds, if not thousands, of nurses and doctors are unwittingly spreading the disease in hospitals because they have not been regularly tested.

I could go on. The Mail reported yesterday that a senior Government adviser blames red tape for the slow roll-out of testing. According to him, quangos such as Public Health England and the Care Quality Commission are throwing a spanner in the works by insisting that anyone who conducts tests must be accredited.

One way and another, it is surely obvious that the system is failing, and that NHS and other frontline workers are not getting the tests they require. One terrifying new revelation is that only one in four care home staff who fear they have the virus have been tested. 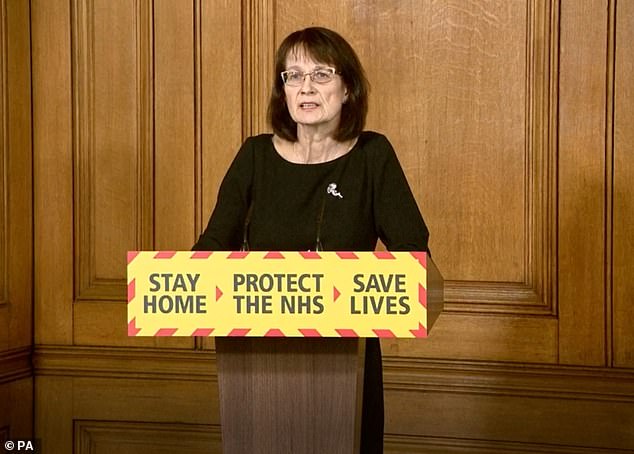 As for non-NHS or non-essential workers who want to know whether they are free of the disease and can safely go to work, they can forget it, unless they are prepared to shell out hundreds of pounds for a private test.

This is a mess — a stupendous cock-up. As a result of faulty or non-existent tests, the contagion is spreading more freely than it should, and people who have recovered from it don’t know whether it’s safe to return to work.

In fact, even if 100,000 tests a day were achieved by the end of the month, that wouldn’t be nearly enough. Germany is reportedly ramping up the number of tests it’s using, so that there will eventually be millions every week.

Pinning the blame on Mr Hancock, who is in charge of the clattering train and who has set a target he will struggle to meet, is tempting. Even his best friend could hardly claim he has covered himself in glory.

But I wonder whether the most focused minister could have done much better. I also deplore unattributed briefings from No 10 which imply that Mr Hancock may be hung out to dry if the figure of 100,000 is not reached. No one believes he dreamt it up by himself. It would be a collective failure of Government.

The problem is not so much the Health Secretary — who is competent enough and, as I say, hardworking — as the vast bureaucratic behemoth comprising the NHS, with its offshoots of Public Health England and the Department of Health.

Mr Hancock is like a captain of a vast ship — the NHS — whose crew respond laboriously, and sometimes not at all, to his instructions. It is as though he is trying to steer this enormous vessel with a paddle. 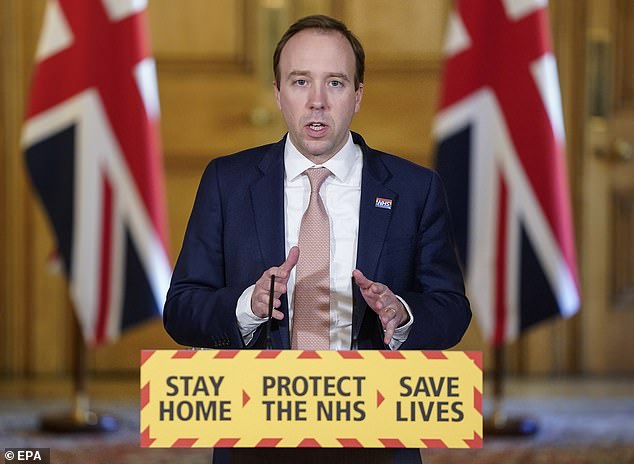 Mr Hancock is like a captain of a vast ship — the NHS — whose crew respond laboriously, and sometimes not at all, to his instructions

Last Sunday, Deputy Chief Medical Officer Dr Jenny Harries appeared to question whether more tests would save lives when she said that the ‘mechanism’ between greater testing and a lower death rate is ‘still not clear’. Are such heterodox views widespread in Public Health England?

The question is what measures must be adopted so that the Government can finally get testing on track. Some will place faith in Boris Johnson’s return to No 10, which may be imminent. But he will have his eye on a dozen problems, and can’t be expected to sort out testing.

What is needed is someone with the Prime Minister’s authority who can be put in charge of testing, rather as Lord Deighton has just been asked to deal with the shortage of personal protective equipment, though with more powers.

Such an appointment might put Mr Hancock’s nose out of joint. But he has a great deal on his plate, and however hard he works he won’t have time to cope with all the difficulties testing is throwing up.

Of all the challenges, this is the greatest. Only thorough testing will get us out of this crisis. As he recuperates at Chequers, the PM should reflect that the success of this Government, and the recovery of our nation, depend upon it.