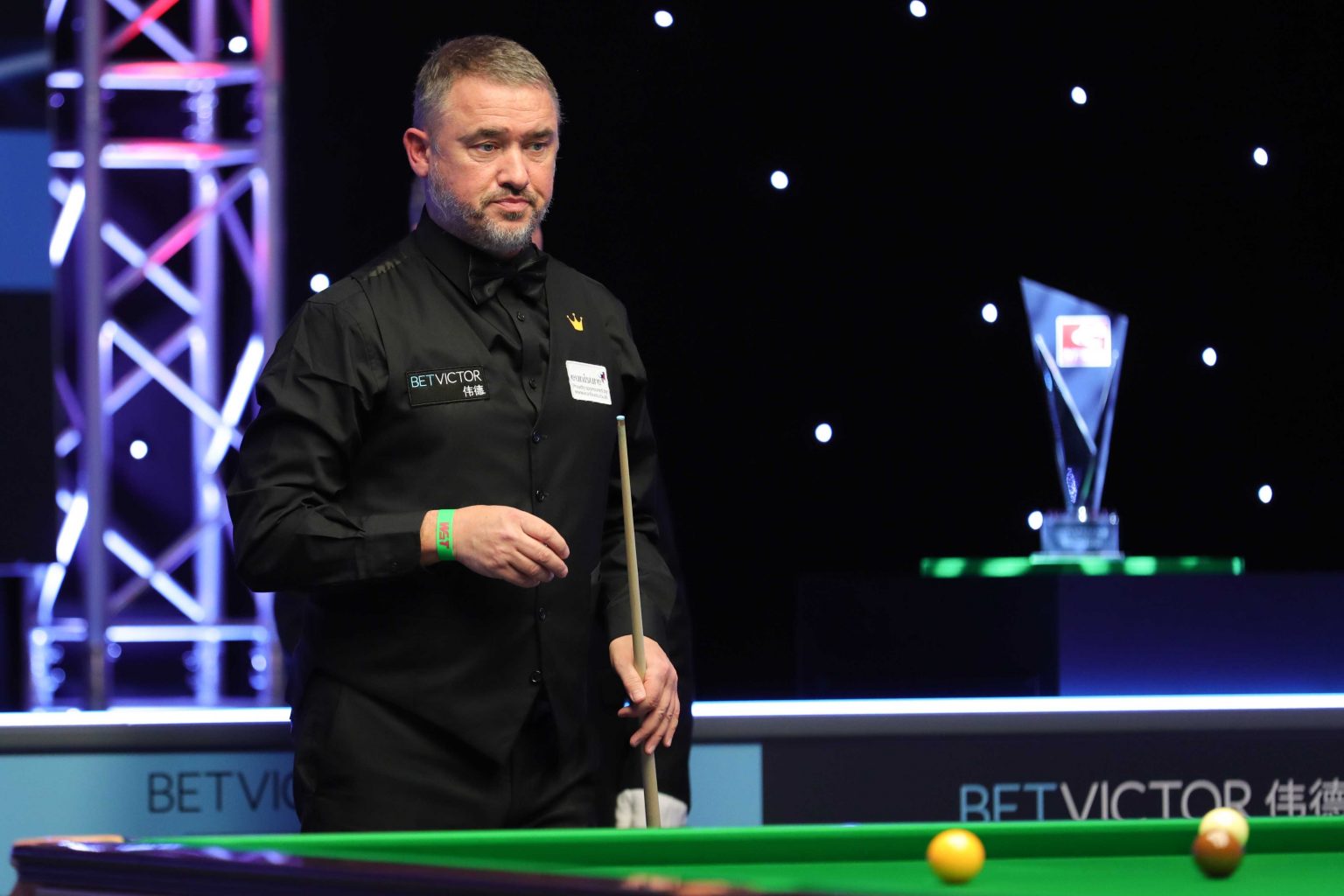 Stephen Hendry feels his game is not good enough right now to come through qualifying for the World Snooker Championship, but believes it could well be by the time the event rolls around next month.

The 52-year-old played his first professional game for nearly nine years on Tuesday night as he made his long-awaited return from retirement.

The seven-time world champion was beaten 4-1 in the opening round of the Gibraltar Open by Matt Selt, but there was plenty to be encouraged by as Hendry looked good, making a break of 107 in the one frame he won.

Selt played superbly to come away with a comfortable-looking win, but the performance has only encouraged Hendry as he chases his goal of returning to the Crucible.

The World Championship qualifiers run from 7-14 April and the King of the Crucible says that gives him enough time to prepare for a return to the scene of his unmatched success.

‘I’m happy that when I had a chance I scored, that’s what snooker is all about these days, scoring heavily when you get in,’ Hendry told WST.

‘Things to work on, right at this point in time my game’s not ready to qualify for the Crucible. But in a month’s time…a month ago I never would have competed in this match but it’s steadily improving.

‘I’ve seen all the attention on social media and in the press about my comeback, it’s been built up quite heavily so there was atmosphere there, even though there was no people there. I’ve got to pay credit to my opponent, though, because Matt played brilliantly tonight.’

Hendry identified his long-potting and safety play as the two areas he needs to work on most, because his potting when in the balls appeared to be excellent.

His slightly loose safety game was heavily punished by the in-form Selt who pounced on every opportunity handed him, but that has only encouraged Hendry to tighten up more thoroughly

‘I was quite happy, I didn’t miss anything easy, I need to cut out unforced errors,’ said the Scot.

‘My safety has to be tighter and my long game has to be better.’

‘But it needs to be more nerves of excitement and expectation rather than nerves of not knowing what’s going to happen. I was generally quite happy.

‘I don’t think there was any surprises, the table played nicely, not as fast as I thought it would be actually, but it was beautiful to play on.

‘Obviously I’ve watched enough of these matches working for TV, so you kind of feel you know what to expect getting out there.’

For more stories like this, check our sport page.