RAHEEM STERLING made his mark on North-West London once again by scoring in England's Euro 2020 opener at Wembley – a stone's throw from where he grew up.

Before the game with Croatia, the 26-year-old shared a throwback image of his childhood as a 'boy from Brent'.

The picture showed a young Sterling proudly holding a trophy with a medal around his neck, and was captioned: "Never forget where it started."

Born in Jamaica, his family moved to England during his childhood and settled in Neasden's St Raphael's estate.

Looming over the area since its reconstruction in the mid-2000s is Wembley Stadium.

And the young forward made his first steps in the game in its shadow, starring in the five-a-side tournaments of his school, Copland Community.

Queens Park Rangers signed Sterling up to their academy and he would catch the bus to matches, where scouts of the Premier League giants watched with interest.

A £1million move to Liverpool was sealed before his 15th birthday and his career went from strength to strength.

The Reds handed him a debut at 17 and a first goal arrived three months later.

Meanwhile, his off the pitch work in combating racism has helped educate millions and earned him an MBE award on the eve of Euro 2020.

Already an England regular, Sterling has won three Premier League titles and yet had struggled for form in the final months of the 2020-21 season. 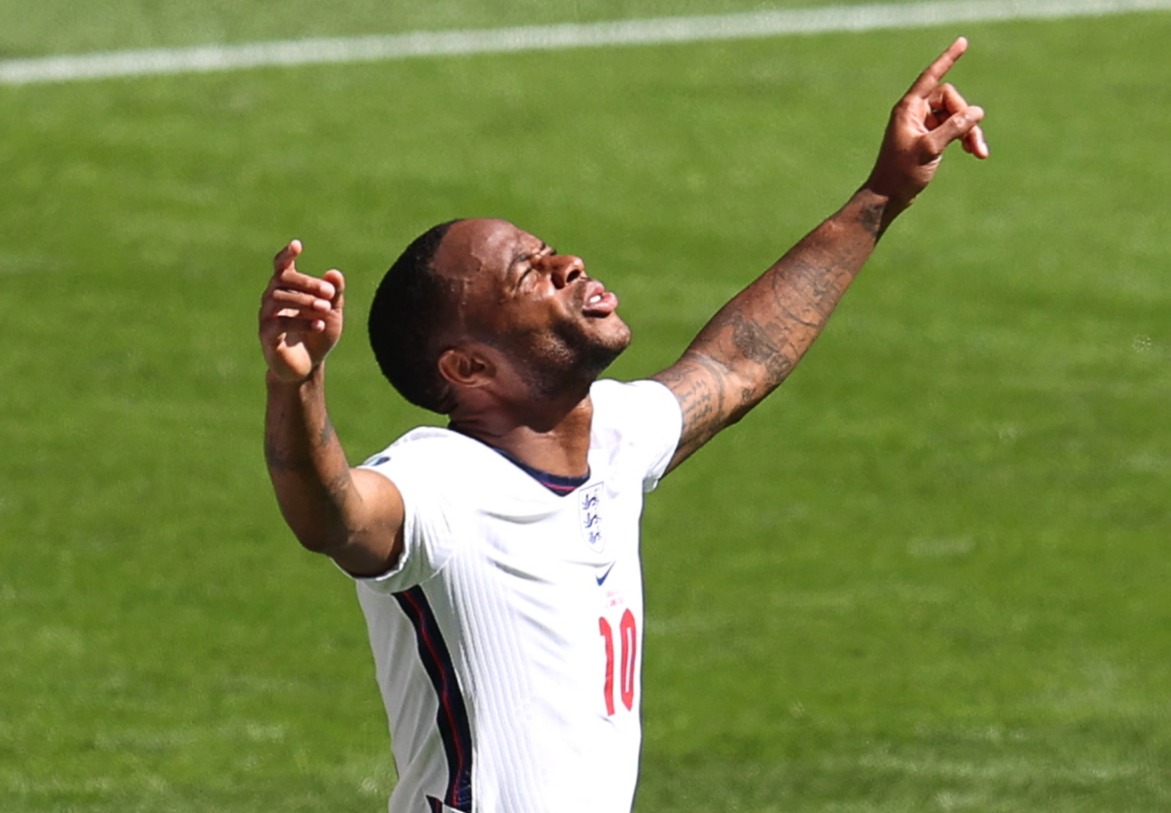 Gareth Southgate handed him a start at Wembley for Sunday's game with Croatia, perhaps aware he had contributed 12 goals and six assists in his previous 16 England games.

And Sterling duly delivered, finishing off a perfect pass from Kalvin Phillips in the second-half to deftly beat Dominik Livakovic.

The forward's pure emotion was clear as he celebrated and England went on to win 1-0, their 11th victory in the last 11 games he has scored in.

He told BBC Sport post-game: "I always said if I played at Wembley at a major tournament I had to score and it's great to finally do that."

The victory meant Sterling's incredible form on home turf continues with 21 wins and two draws for England at Wembley – the best unbeaten run for any Three Lions player.

He added: "It's great to get off to a win and now we have other games to look forward to.

"It's been a long season for me but I couldn't wait to get here and get started with England. With England, I knew it would be a positive one."