SUE BARKER broke down in tears as she appeared on Centre Court prior to today's play.

The BBC legend is presenting their coverage of the Championships for the final time this year before retiring. 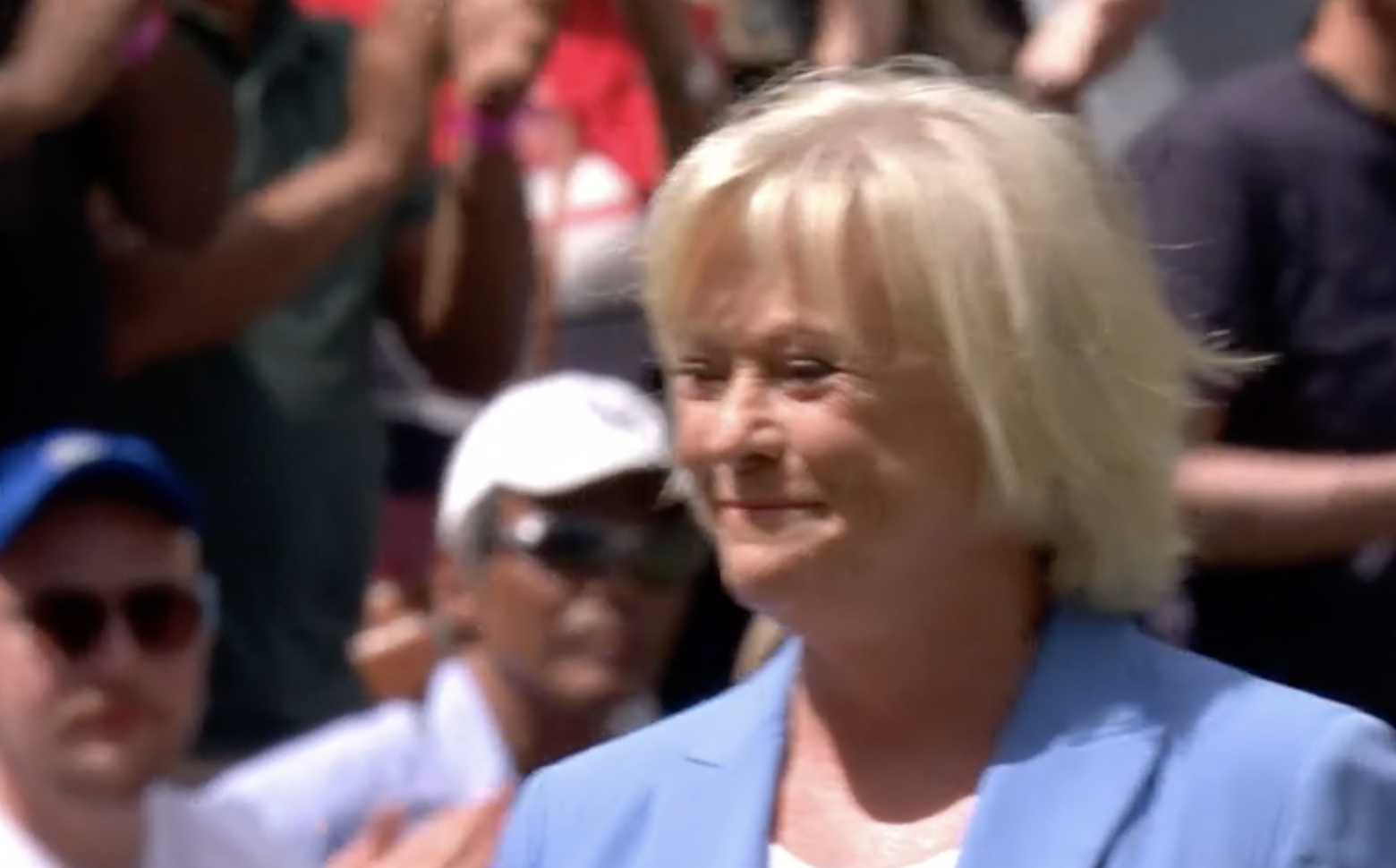 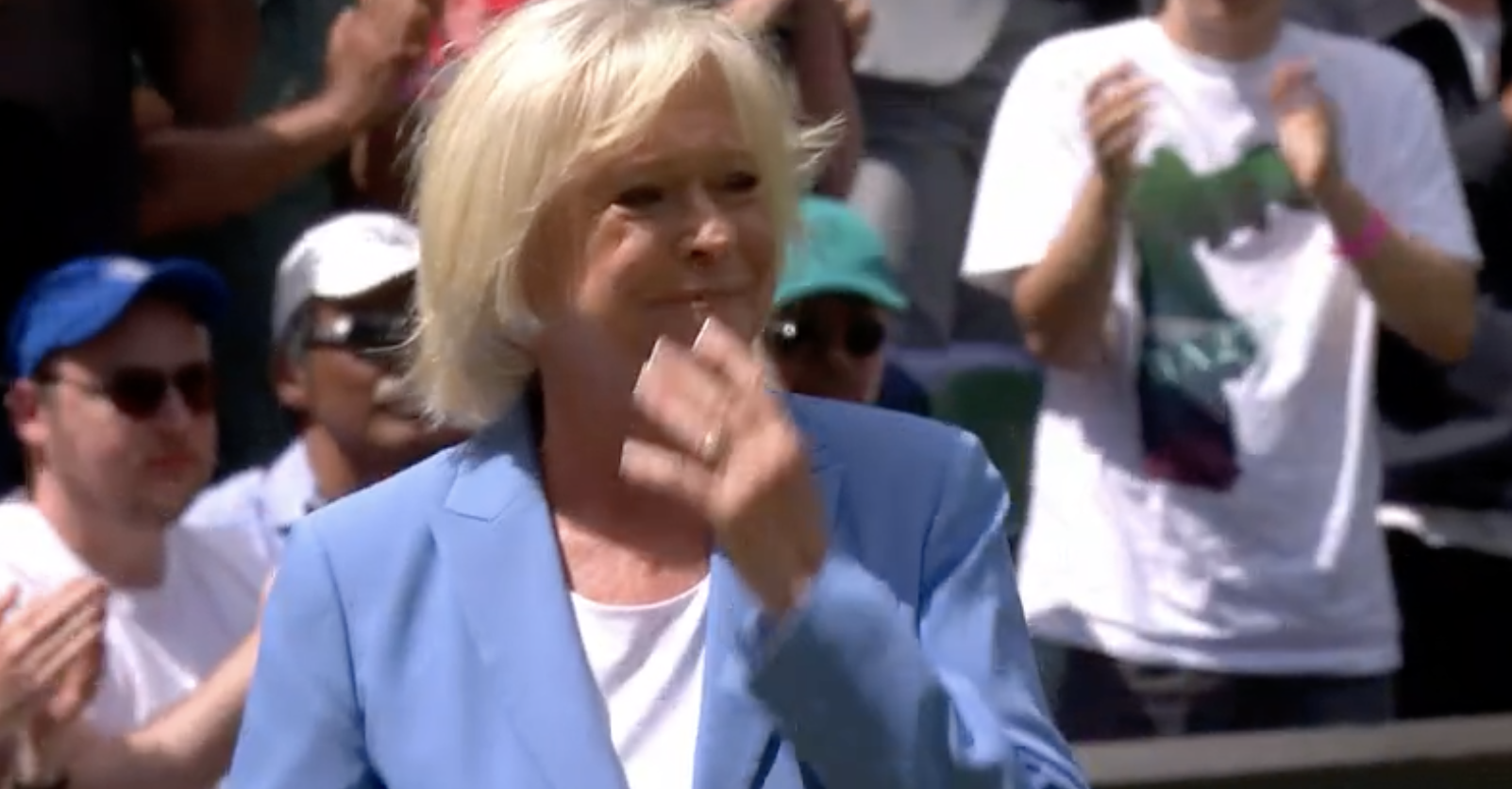 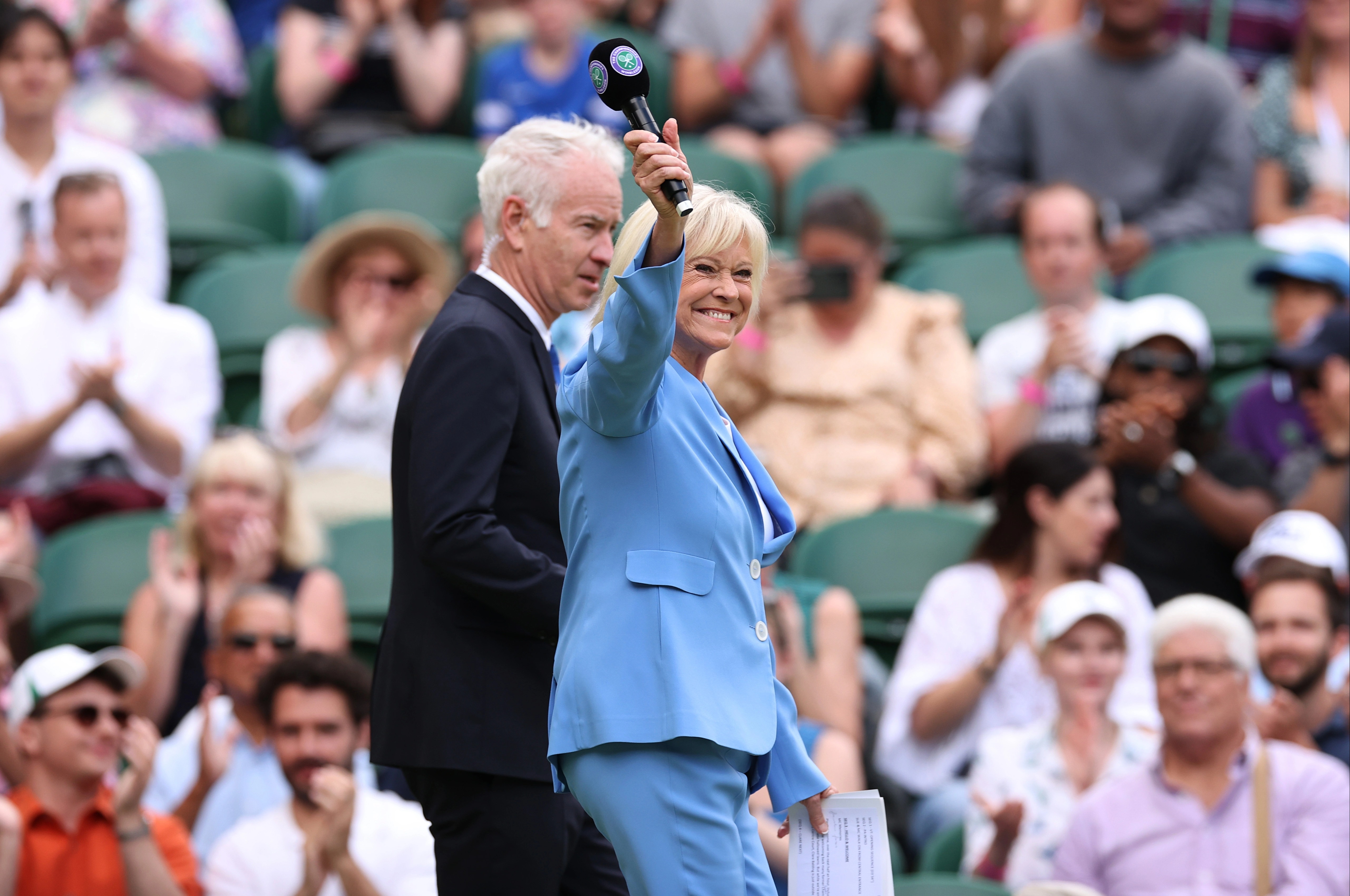 Wimbledon honoured its former champions this afternoon, with the likes of Roger Federer, Andy Murray, Bjorn Borg and Venus Williams appearing on court.

Another to be presented to the crowd was John McEnroe, who in typical fashion decided to go off script.

While Barker didn't win Wimbledon during her distinguished career, the American made sure to give a special mention to her on her final year presenting at the All-England Club.

Barker, 66, understandably got emotional during McEnroe's tribute, looking tearful and visibly moved as she received a standing ovation from the 15,000 crowd inside a packed Centre Court.

The former French Open champion has had to shake off a bout of laryngitis to keep presenting this fortnight.

Laryngitis is when the voice box or vocal cords in the throat become irritated or swollen.

A BBC spokesperson said: "There are no plans for Sue to take a break and she’s poised for the Centre Court celebration [of its centenary] on Sunday." 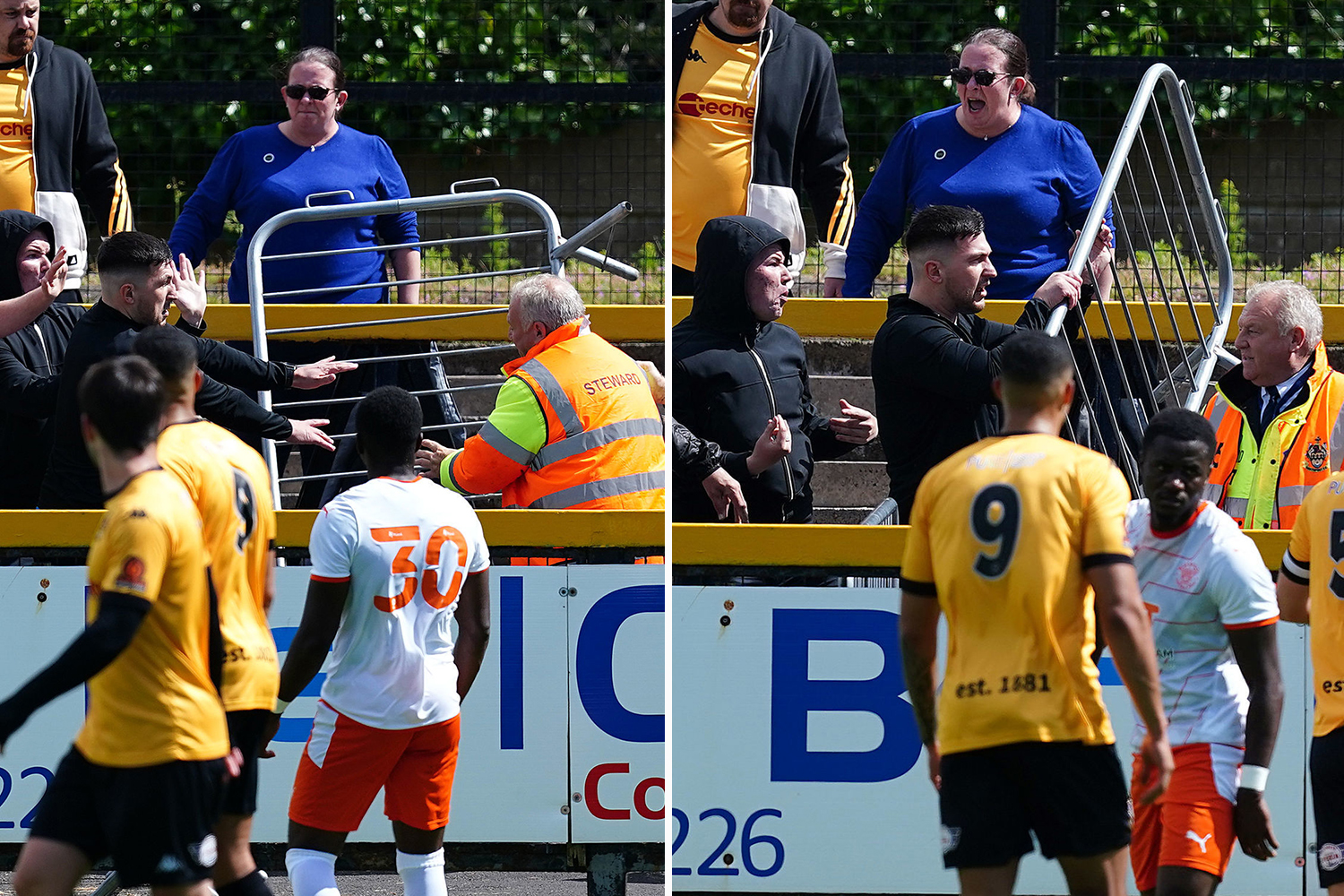 At Queen's, Matteo Berrettini left the former Question of Sport host in tears as he paid an emotional tribute to Barker after defending his title.

Amid the presentation, the Wimbledon crowd were treated to an appearance by the 20-time major champion Federer.

Appearing alongside old rivals Novak Djokovic and Rafael Nadal once again, the Swiss icon, 40, revealed that he hopes to play at Wimbledon one more time.

He said: "I've been lucky enough to play a lot of matches on this court. It feels awkward to be here today in a different type of role.

"It's great to be here with all the other champions. This court has given me my biggest wins and my biggest losses.

"I hope I can come back one more time.

"I've missed it here. I knew walking out here last year, it was going to be a tough year ahead. I maybe didn't think it was going to take this long to come back – the knee has been rough on me.

"It's been a good year regardless of tennis. We're happy at home. I didn't know if I should make the trip but I'm happy standing here right now." 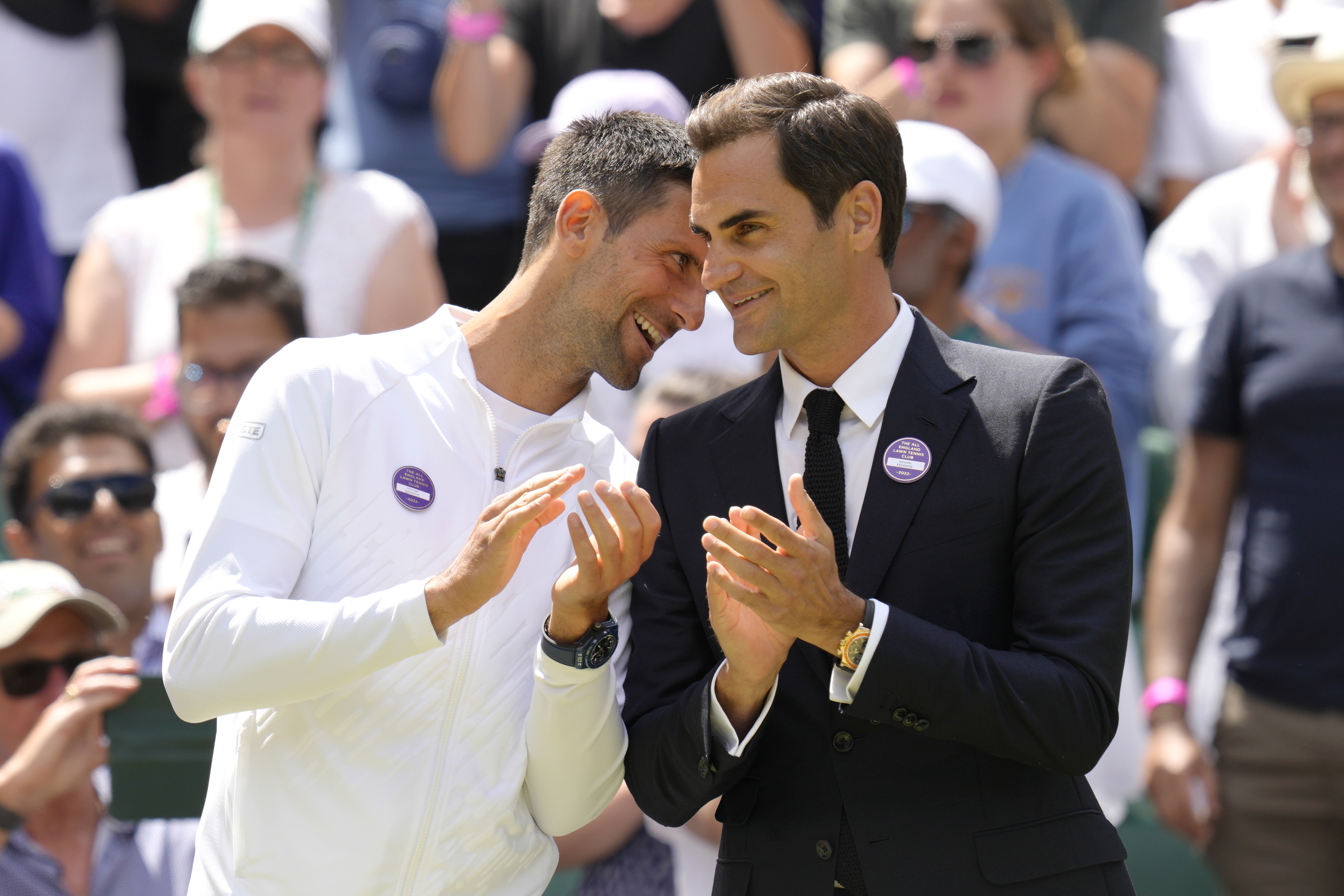