SuperM Set Unprecedented Live Streaming Concert to Give Back to Fans

When SuperM made their debut last fall, the seven members of the Korean supergroup said they wanted to use their platform to bring something fresh to the industry and to raise the bar for the K-pop scene. This weekend, SuperM — assembled from four of the most popular K-pop groups in Asia — take their talents to the world, with a one-night-only live concert that promises to connect artists and fans in a whole new way.

SuperM are the first artists tapped for “Beyond LIVE,” a new concert streaming service from SM Entertainment and the popular Korean search engine, Naver. Broadcast on the V LIVE app, the concert, airing Sunday, will showcase the chart-topping group performing live from a concert hall in Seoul. SM says the show will be made available to stream from more than 200 countries. 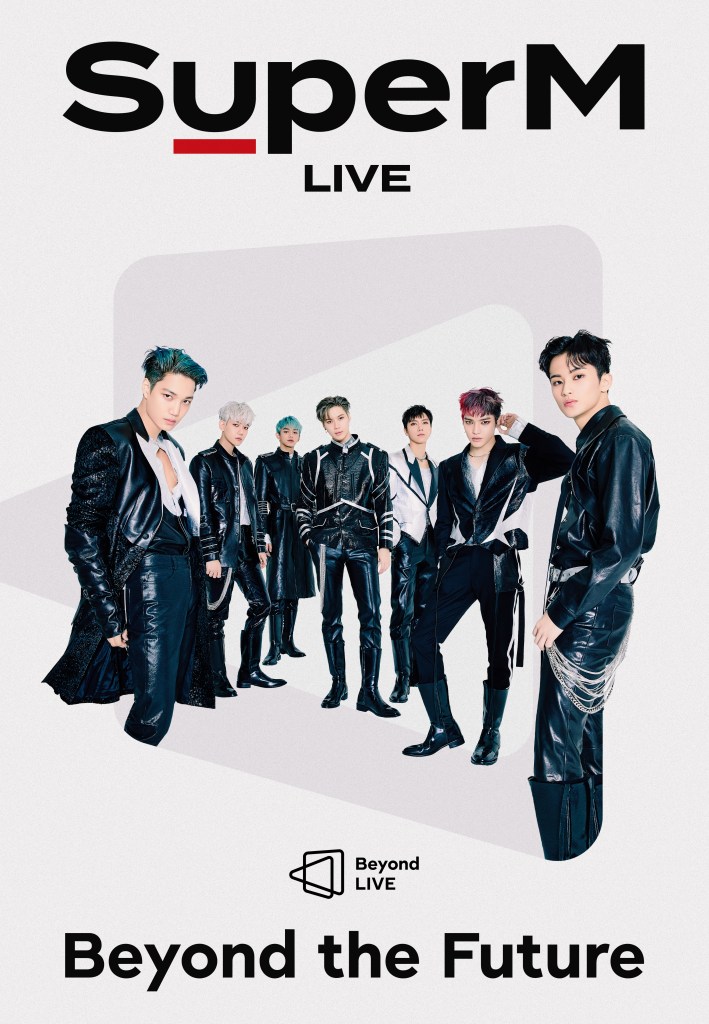 The guys in SuperM say the concert is a way to give back to fans as millions of people continue to be quarantined under the current coronavirus guidelines. While a number of artists have been streaming performances from home or re-broadcasting old concert footage, “Beyond LIVE” is the first attempt to replicate a new, full-sized arena show online. The members will perform on stage, in front of a backdrop of screens and visuals all directed in real-time by a modified team of camera operators and choreographers in the venue. Using augmented reality (AR) technology, the group members will also be able to “communicate” with fans, as if they were in the venue together.

“Just recently, we had the privilege to be a part of ‘One World: Together At Home,’ and thankfully we had an overwhelmingly positive response from so many around the world, so it’s become a great memory for me,” shares Kai, who was chosen to join SuperM from the group, EXO. “But with ‘Beyond LIVE’ this time around, we can interact with our fans in real-time, and I’m really excited to showcase some of SuperM’s never-before-seen performances.”

“The fact that we have audiences from all around the globe that are with us and communicating together in real-time is pretty different from concerts with an in-person audience,” adds Ten, a member of the NCT Chinese sub-unit, WayV. “And because we’re also interactively connecting with our audiences through video, I know the fans will also like it.”

Fresh off a sold-out North American tour that took them across Canada and the U.S., the guys in SuperM say this virtual concert is a way for them to find new ways to expand the concert experience beyond the four walls of a traditional venue.

“Even though we can’t physically meet our fans at this time, we’re continually working hard to look for ways to interact with everyone,” says Taeyong, who recently released an album with NCT 127, before returning to SuperM to prep for this concert.

“Because this ‘Beyond LIVE’ concert is strictly for online, it’s pretty new for us too, especially because of the use of the AR graphics and technology that allows us to showcase our performances within a variety of [new] spaces,” explains Taemin, a founding member of the South Korean boyband, Shinee.

Ongoing coronavirus fears have meant a much different concert experience behind the scenes as well. While the members of the group have been quarantining together, the production company, Dream Maker Entertainment, says it has taken careful measures to ensure the health and safety of all artists and staff working on the show. Among the precautions: regular temperature checks and the enforcement of masks at all times. A rep for Dream Maker says building premises are fumigated early in the morning on the day of the performance and on rehearsal days. And, the company adds, anyone showing irregular health symptoms will be quarantined immediately.

For SuperM, the current climate may have changed their daily routine, but the guys say prepping for the concert has been a welcome distraction.

“I’ve been exercising a lot at home to ‘Stay Healthy, Stay Safe!’” says Lucas, breaking out a popular COVID-19 slogan. “There’s nothing like the feeling of sweating out after a hard workout,” says the WayV member. “I almost feel healed to a certain extent afterwards.”

“I spend so much time at home that I even have the nickname, ‘Homebody,’ because I’m known for being one,” adds Baekhyun, who joined SuperM from EXO. “Other than the times that I’m at the studio for recordings or the dance practice rooms, I’m usually just home playing games or resting. I really enjoy my times just being home and relaxing.”

SuperM have yet to reveal plans beyond Sunday’s concert, but the guys say their priority right now is making sure their fans stay safe.

“We’re just so happy to be able to interact with our fans through ‘Beyond LIVE’ [and] I hope this brightens up everyone’s days and gives some hope and strength amidst the hard times we’re going through,” says Mark, a member of NCT 127.

“I really miss our fans so much,” adds Baekhyun, offering a tip to “eat something delicious or pick up an old or new hobby when you’re feeling tired or down.”

“I’m really hoping the situation gets better so we can see everyone in person soon.”

Tickets for Sunday’s show are available for purchase within the V LIVE app and online. The price of a ticket ranges from $26 to $30, depending on the type of device you have. Organizers say the proceeds will be used to pay for the production crew and technical team helping to bring the concert to life.

SuperM is the first group to participate in the “Beyond LIVE” concert series. Fellow SM Entertainment group, WayV, performs on May 2nd, followed by NCT DREAM on May 9th, and NCT 127 on May 16th.