Mince pies were historically filled with meat like lamb rather than sweet dried fruit and spices like they are today. With mince pies encased in pastry and packed with sugar, is there such a thing as a healthy mince pie?

Money.co.uk reveals that Brits indulge in 3,405 calories worth of mince pies throughout the month of December.

Supermarkets including Tesco, Aldi, Asda, Sainsbury’s, Marks and Spencer, Morrisons and Lidl were all tested by the experts. 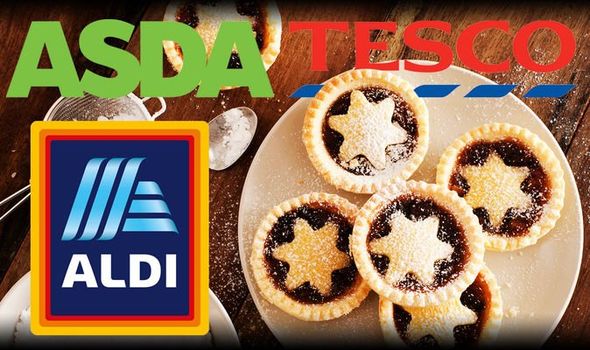 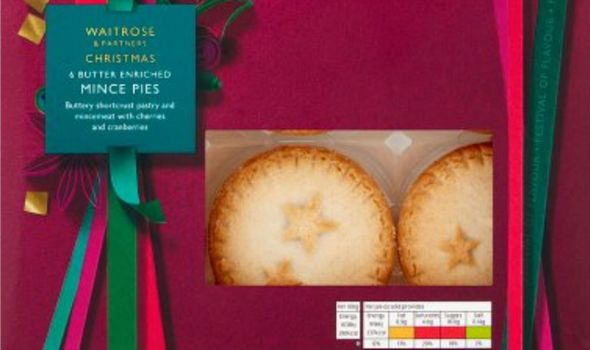 The study found that Iceland All Butter Mince Pies hold the highest amount of sugar at 24.6g.

Money.co.uk said: “This is a whopping 82 percent of our recommended daily sugar consumption of 30g.”

The pie with the lowest amount of sugar came from Waitrose who’s shortcrust mince pies which have 16g of sugar.

The consumer group added: “Over half of supermarket branded pies list five teaspoons of sugar in their ingredients, equal to 71 percent of the recommended daily allowance.”

In terms of best value, the study crowned Aldi’s Holly Lane Deep Filled Mince Pies for the best value out of all the supermarket mince pies.

On the other end of the scale, upmarket Marks and Spencer’s premium Collection mince pies came in as the most expensive.

The price per pie is 42p and weighs 55g per sweet treat. 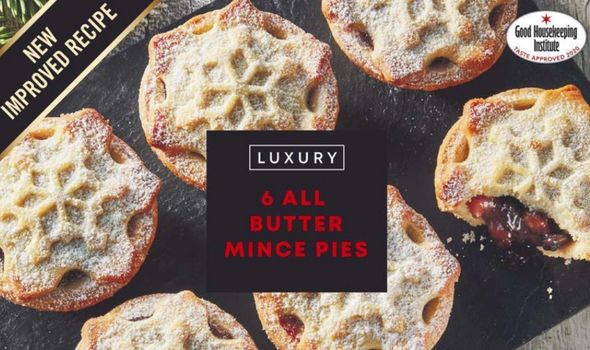 Supermarket mince pies ranked from least to most sugar: 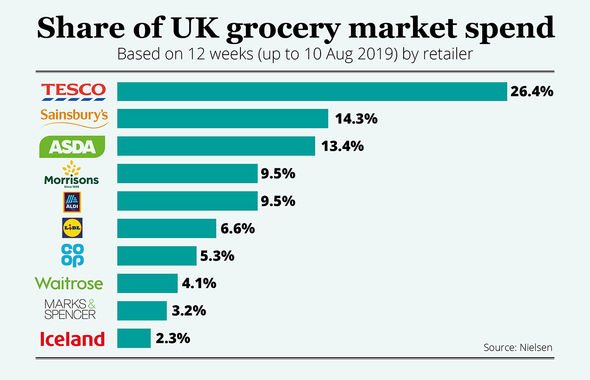 Which? said: “It’s the texture and flavour of the filling that helped them take joint-honours this year, with Asda also rated particularly highly for its simple but well-designed star-topped pastry cases.”

In third place, just one point behind, was Tesco’s Finest brand of mince pies which scored highly for their snowflake-topped cases.

Which? added: “Even better, none of the top-three packs of pies were anywhere close to being the most expensive on the test this year, with Asda and Tesco priced just £1.75 (29p a pie) and Iceland not much more at £1.89 (32p a pie).”

Harry Rose, the editor of Which? magazine, said: “While this year Christmas might be a little different, we want to make sure that at least your mince pies don’t disappoint.”

For those looking to bake mince pies at home, there are some healthier swaps that can be made.

Using pastry for just the base and leaving the top open can help reduce the amount of fat in a mince pie as well as using a lower-fat pastry like filo can be healthier but taste the same.

If making your own mincemeat, which can be extremely time gruelling, then this enables bakers to know exactly what is in it and can reduce the sugar content by a significant amount.