The new year has only just begun, but one fast food chain is already launching some new bites (and sips!) to start 2021 on a tasty note. Get ready to stray from your go-to order, because Taco Bell’s new January 2021 menu items are here. With an Instagram-worthy frozen sip and some budget-friendly bites, the chain’s latest offerings will have you ready to put in your order.

According to an email from Taco Bell, the latest items headed to the chain this January include a new Midnight Berry Freeze, the $1 Loaded Nacho Taco, and a $10 Taco and Burrito Cravings Pack. Stores have also seen the return of the Bacon Club Chalupa (which originally debuted in 2008) and the fan-favorite Nacho Fries. Aside from the Midnight Berry Freeze, which will be available later in January, the new items are available in Taco Bell locations nationwide as of Wednesday, Jan. 6. They’ll be available for a limited time while supplies last, and as of publication, it’s unclear when they’re scheduled to disappear.

OK, let’s get into it. First up, the prettiest new menu item is the Midnight Berry Freeze. Yes, I said "prettiest" because it features a light blue raspberry freeze base and a dark blue blackberry-flavored swirl. When it launches later this month, it will sell for $2.59 or $2.79, for a regular or large, respectively. It’ll also cost $1 during Taco Bell’s Happier Hour daily from 2 to 5 p.m. local time.

When it comes to eats, you’ll want to check out the $1 Loaded Nacho Taco, which features seasoned beef, nacho cheese sauce, cheddar cheese, shredded lettuce, and red strips wrapped up in flour tortilla. 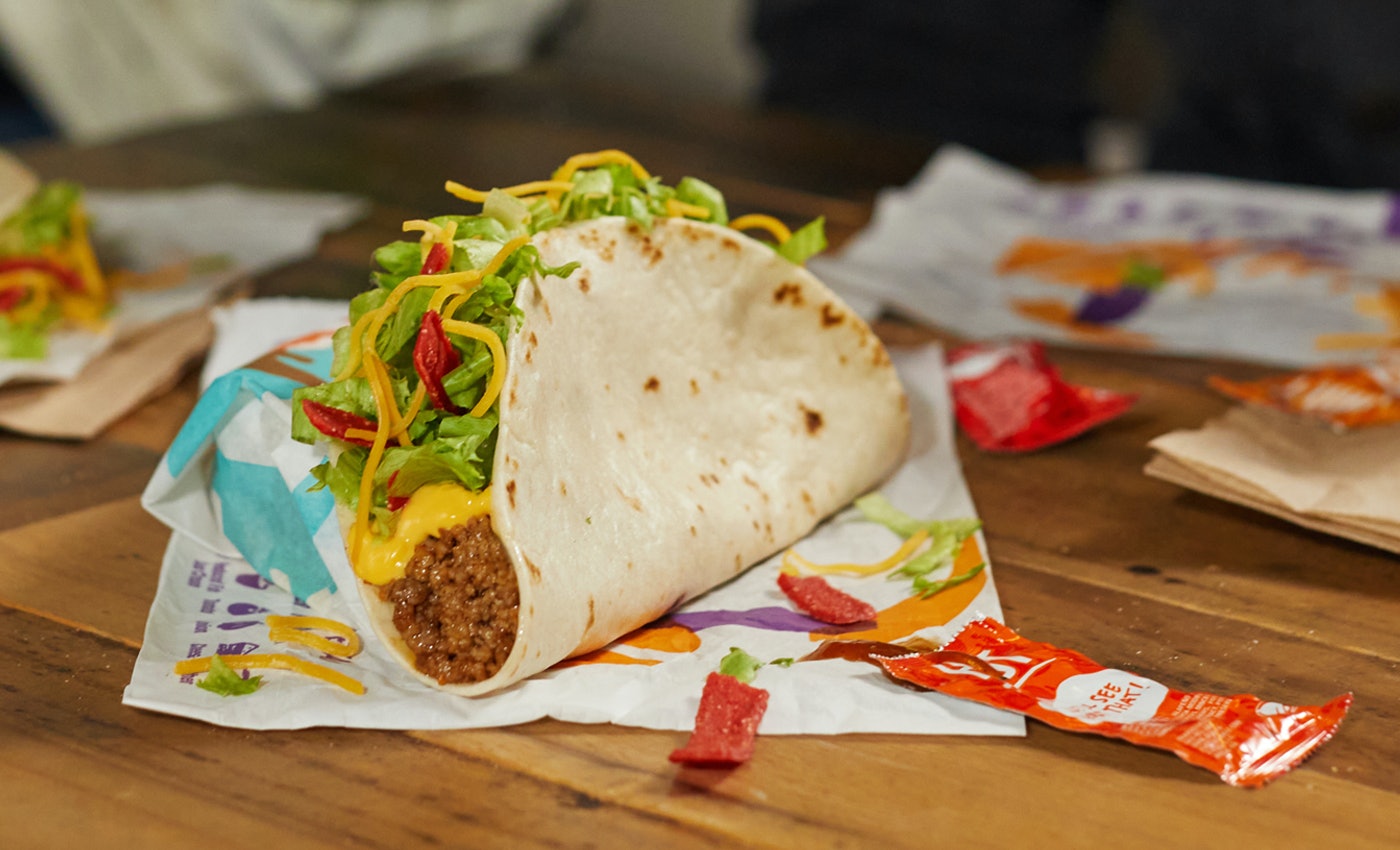 The last new item hitting U.S. Taco Bell locations is the $10 Taco and Burrito Cravings Pack, which includes four classic Crunchy Tacos and four Beefy 5-Layer Burritos. There’s also one new international item T-Bell fans stateside won’t be able to get their hands on — the Doritos Cheesy Nacho, which is made with beef or chicken, Doritos chips, and nacho cheese sauce — but you can keep your eyes peeled if you ever head to Aruba, Costa Rica, the Dominican Republic, El Salvador, Guatemala, Panama, or Puerto Rico. Thankfully, there are plenty of new local eats to hold you over.

When you go to order, try using Taco Bell’s store locator online or use the Taco Bell mobile app on the App Store or Google Play to check if your store is a participating location for the new bites. Additionally, make sure to follow Taco Bell’s coronavirus policy, as well as recommendations from the Centers for Disease Control and Prevention (CDC) as of Dec. 31. The CDC suggests using a contactless pay ahead method such as pick-up or delivery. If you’re heading in-store, wear a face mask, implement social distancing, and wash or sanitize your hands after handling your packaging and before eating.