Texas Can Ban Abortions During The Coronavirus Outbreak, An Appeals Court Says 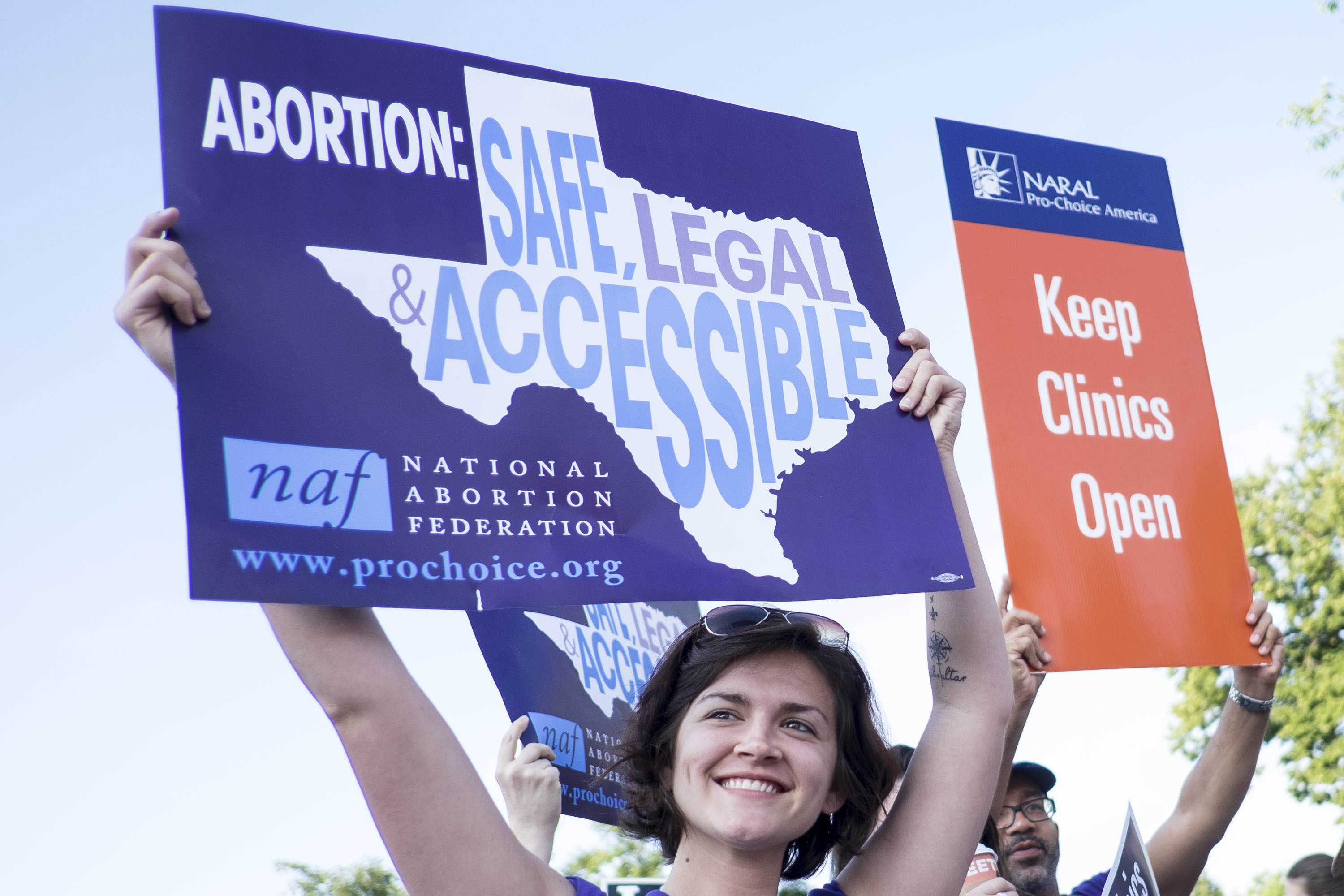 Abortion rights advocates outside the US Supreme Court in 2016.

Texas will be allowed to instate a temporary ban on abortion in nearly all cases during the coronavirus outbreak, the Fifth Circuit Court of Appeals ruled Tuesday. The court overturned a decision released just hours before, on Monday afternoon, when a federal judge put a hold on the ban, saying it would cause “irreparable harm” to patients in the state.

Texas put the abortion ban in place last week as a part of the state’s plan to mitigate the spread of the coronavirus and devote as many medical resources as possible to treating and preventing it.

On March 22, Texas Gov. Greg Abbott issued an executive order halting any “medically unnecessary” procedures in the state. The following day, Attorney General Ken Paxton specified that the order applied to abortion except in cases of a threat to the life of the mother. The order was set to expire April 21 and stated that a medical worker providing abortion care before then could be fined $1,000 or face jail time of up to 180 days.

Planned Parenthood and the Center for Reproductive Rights quickly sued the state over the order, asking the judge for an emergency stay. On Monday, US District Court for the Western District of Texas Judge Lee Yeakel granted the reproductive rights groups a temporary restraining order that would prevent the ban from going into effect while the case was argued. That order was set to expire April 13, though it could be extended.

Texas appealed the decision, and the appeals court reversed the order Tuesday afternoon.

The Fifth Circuit ordered a temporary stay, which will allow Texas to temporarily prohibit abortions while the case is argued. The court gave plaintiffs until April 1 to file a response to their decision.

Judge James Dennis wrote a short dissent, noting that a federal judge had “irreparable harm would flow” from allowing Texas’s order to prohibit abortions and that he believed Yeakel’s decision should stand.

“I write separately to make clear that, per the Executive order, ‘any procedure that, if performed in accordance with the commonly accepted standard of clinical practice, would not deplete the hospital capacity or the personal protective equipment needed to cope with the COVID-19 disaster’ is exempt,” Dennis added in his dissent, suggesting that he believed some abortion procedures would fall under this exemption and therefore should not be banned, even if Texas’s order were allowed to go into effect.

“While people everywhere are trying to survive the COVID-19 pandemic, politicians like Gov. Abbott continue this perverse obsession with banning abortion,” Planned Parenthood acting president Alexis McGill Johnson said in a statement Tuesday afternoon. “We will not cower before politicians who insist on exploiting a global pandemic to score political points.”

Planned Parenthood did not give details on their next move in court.

Nancy Northup, president and CEO of the Center for Reproductive Rights, which joined the case, said the group would “continue fighting this legal battle against Texas’s abuse of emergency powers.”

Tuesday’s decision, Northup said in a statement, will escalate “the fear and confusion women seeking abortion in Texas are already experiencing,” noting that Yeakel had already ruled that “women will suffer irreparable harm if clinics are closed.”

Over the past couple of weeks, several other states with histories of passing anti-abortion legislation passed similar bans. Planned Parenthood, along with the American Civil Liberties Union and the Center for Reproductive Rights, filed lawsuits challenging those orders in Ohio, Alabama, Iowa, and Oklahoma Monday.

If you’re someone who is seeing the impact of the coronavirus firsthand, we’d like to hear from you. Reach out to us via one of our tip line channels.