The Charm of William Catlett

William Catlett traces his decision to pursue acting back to a pair of G-Unit Reebok sneakers — then a hot commodity — at a Foot Locker in Los Angeles.

“The guy who’s selling me the shoes had the whitest teeth I’d ever seen,” says Catlett, who moved from Virginia to L.A. after high school to pursue basketball (he played at the NCAA Division 3 level).

“So I asked the brother, ‘how do you get your teeth so white?’” Catlett continues. “He said, Crest White strips. I said, ‘OK, well, what do you do? Where are you from?’”

The man with the really white teeth told Catlett that he was — surprise! — an actor. “Something rolled in me and I said, ‘Hey, man, I always wanted to try that.’ And he said, ‘well, you should come to my acting class.’”

Catlett went, and since that $25 class, he’s gone on to successfully establish himself within the industry. He worked on two of Issa Rae’s early YouTube series — starring in “First” and directing several episodes of “Giants” — followed a few years later by the lead role in the OWN series “Love Is_.” He currently stars in superhero series “Black Lightning”; this summer, he starred in “Forces of Nature” with Mel Gibson and appeared in “Lovecraft Country.”

It’s also a tale of his mentors, both trying to help Mouse achieve different dreams: a police officer with an eye toward academics, and the bike group’s ex-con leader, played by the rapper Meek Mill. “It’s two men checking each other, to make sure that we’re on the same page of where Mouse’s future is headed,” says Catlett, pointing to one of Mill’s lines to him in the film — “You not black, you blue” — to represent the situational divide in each character’s approach to mentorship. “At the same time, we both are trying to save this young man’s life.”

“Charm City Kings” was filmed on location in West Baltimore, and features non-actor real-life bikers. “You feel the beauty of [Baltimore]; you also feel the violence at the same time,” says Catlett. “When you go down the street and you see 10 to 15 row houses, all boarded up with beautiful marble stairs, which people kept clean back in the day, it’s gut-wrenching to look at that and think about your people living in these conditions in America.” 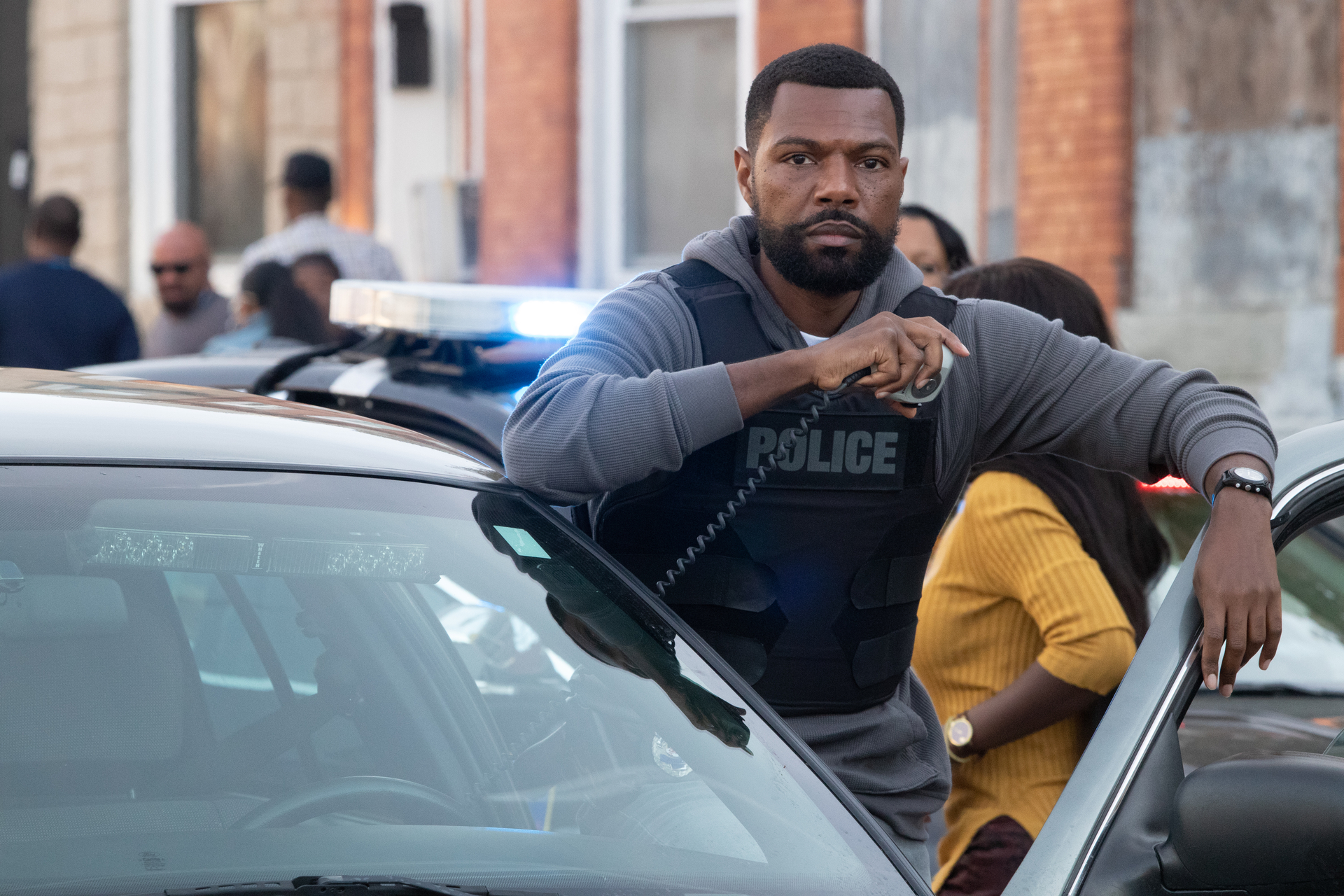 A still from the film. Courtesy of William Gray

With his character — an empathetic cop who’s committed off-hours to Mouse’s future — Catlett saw an opportunity to present a different image of policing, one that is community-first. “I wanted [police officers] to see that we should think about mentorship before we think about incarceration,” says Catlett. “I wanted that to be a narrative underneath, that when police officers see this film, they would think, ‘man, OK, I can identify, and I’ve arrested young boys like that. Maybe if I would do this next time, it would give them hope in another path.’”

Catlett’s relationship with the movie’s impressive young lead, Jahi Di’Allo Winston, transcended the making of the film. That mentorship is a central focus for Catlett; formerly a youth pastor, he runs his own academy that provides guidance to young actors. “Whether it’s talking about the birds and the bees or spiritual life or your career, I’m able to give them those principles so that they can maintain a healthy mindset and move forward,” he says. “Everybody wants to know how to be a great actor, but a lot of it is how to be the best you, and what’s going to allow you to be whatever you want to be.”

Catlett is gearing up to film the next season of “Black Lightning” while looking toward a big goal: one day striking a development deal with someone like LeBron James, to create content and give people jobs.

“I was having this conversation with a young man I mentored yesterday, and I was telling him about knowing the stage that you’re in. So the stage that I’m in right now, I’m getting offers, but I also still audition. My goal right now is to exit out of this stage where I’m only getting offers,” says Catlett, who has directed and produced a few short films. “All the ideas I want to do, I know that it comes at a certain stage. So I have to respect myself and rise in the acting stage, and then it’s easier to go through the door of producing and directing at another level.” 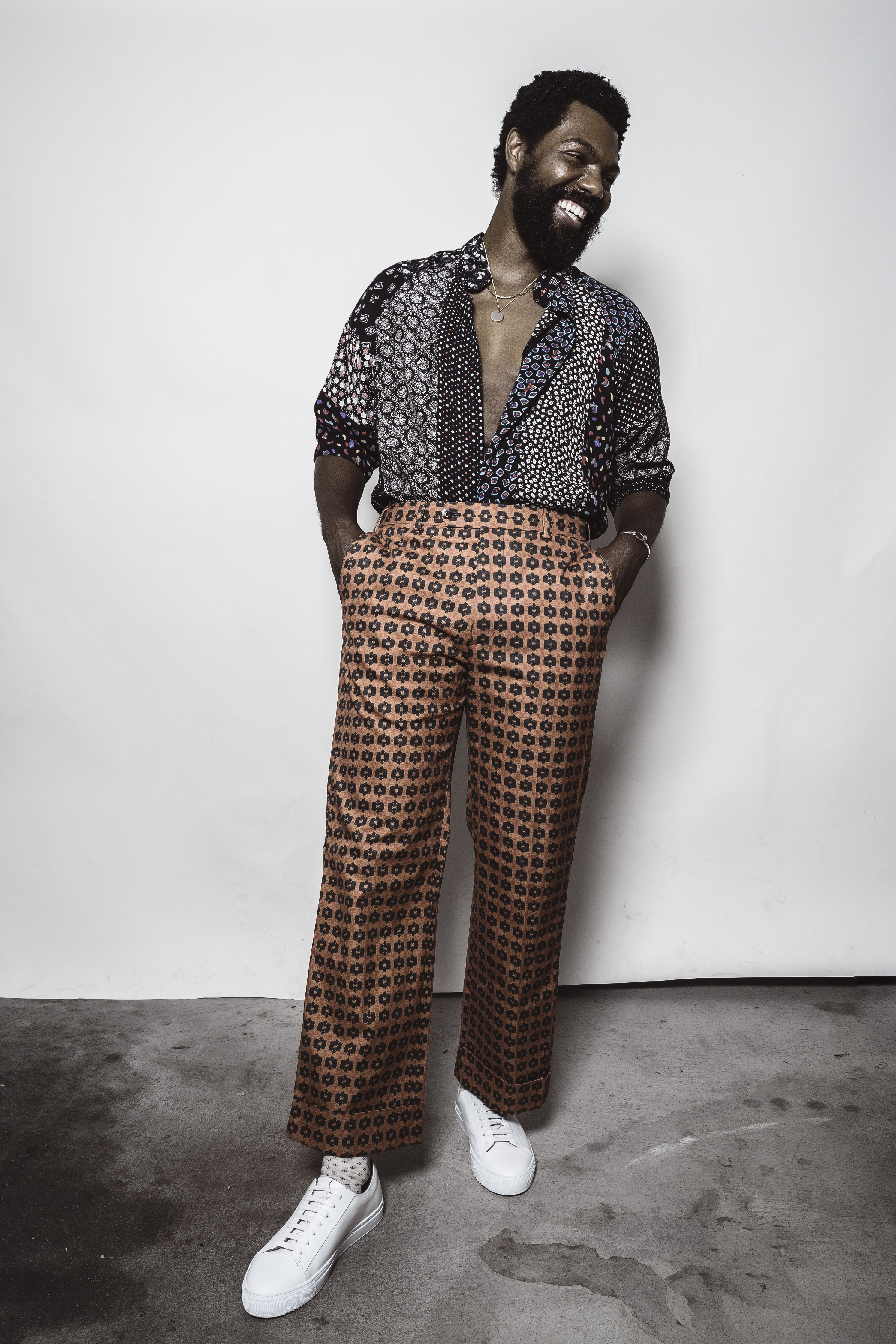 More From the Eye:

As ‘Moesha’ Comes to Netflix, a Look at the Iconic Show’s Costumes