Home » Lifestyle » ‘The end of an era’: Keeping Up with the Kardashians to end after 14 years

‘The end of an era’: Keeping Up with the Kardashians to end after 14 years

It can't be true: Keeping Up with the Kardashians is coming to an end?
It's true. After 20 seasons and 14 years, the show will air its final season in 2021.

Is this just gossip? I need proof.
Kim Kardashian made the announcement to her 188 million Instagram followers on Wednesday morning. "I am so incredibly grateful to everyone who has watched and supported me and my family these past 14 incredible years," she wrote. "This show made us who we are and I will be forever in debt to everyone who played a role in shaping our careers and changing our lives forever." 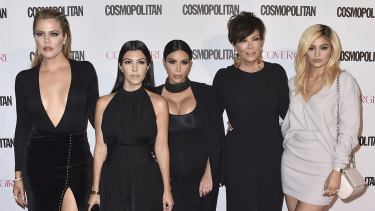 From left, Khloe, Kourtney and Kim, and Kris and Kylie Jenner. Credit:Invision

So it's… real. That is such great news!
I thought you might have that response. You're not the only one: "This is the only good thing the Kardashians have done for society," went one viral response to the news.

Ha, good one.
I hate to break it to you, though: even more people are sad about the news.

What?! Why? How?
As another fan wrote, it's "the end of an era". This is a TV show (and family) that, for better or worse, has defined over a decade of pop culture. While the E! series might've started as an opportunistic tool for self-promotion following the mega success of MTV's The Osbournes, it's gone on to redefine reality TV success – and spawned at least two billionaires.

Sure. And it introduced us to Scott Disick.
Of course, can't forget about the Lord.

Are people even still watching it?
Surprisingly, they are. According to 2019-2020 figures, KUWTK remains one of the top-100 highest-rated TV shows in the US, which is remarkable considering it's just about to launch its 19th season. It also remains a global sensation whose rerun rights will attract a pretty penny even after it's done.

So why are they ending it?
Eldest Kardashian sibling and fan favourite Kourtney had already announced her intent to not return to the show for a new season. Some fans are speculating it might've signalled the beginning of the end, and forced the production's hand.

After 18 seasons of scathing reviews, a family member's mutiny did the trick.
Yes, seems like it. It's true critical opinion of the show was low during its initial run – in 2007, Variety famously labelled it a platform for "useless rich kids", which is harsh if accurate – but, as with anything that sticks around long enough, a new generation's evaluation had shifted. In recent years critics have given the show its due: praising it as a guilty pleasure; applauding the Kardashian/Jenner family's acumen in translating their onscreen notoriety to financial success; and marvelling at their ability to keep the show relevant for so long.

So what do you think it will be remembered for?
Depends who you ask. Some will remember a goofy family show full of lighthearted antics and dramatic squabbles, a Brady Bunch for the social media age. Others will say the widespread support of its shallow stupidity and unexamined decadence signalled the fall of western civilisation and throw in some reference to the Weimar Republic. In a simpler sense, it was also just an enjoyable show that brought us a number of timeless small-screen highlights.

Pfft. Like what?
Like the stunt wedding to NBA player Kris Humphries; like the time Kanye West broke his vow to not appear on the show to propose to Kim in the middle of a San Francisco baseball field; like Kim tearily recalling her insane Paris jewellery heist; like the sensitive discussion of Caitlyn Jenner's transition; like Kim and Khloe's trip to Armenia to honour their ethnic roots; like Scott Disick's shift from Patrick Bateman-clone to hard-partying cynic; like…

Okay, we get it.
And that doesn't even touch on the show's dozen or so spin-offs. Keeping Up with the Kardashians' reality TV reign might be coming to an end, but Kim, Khloe, Kylie, Kendall, Kris and co will be vying for your attention forever.