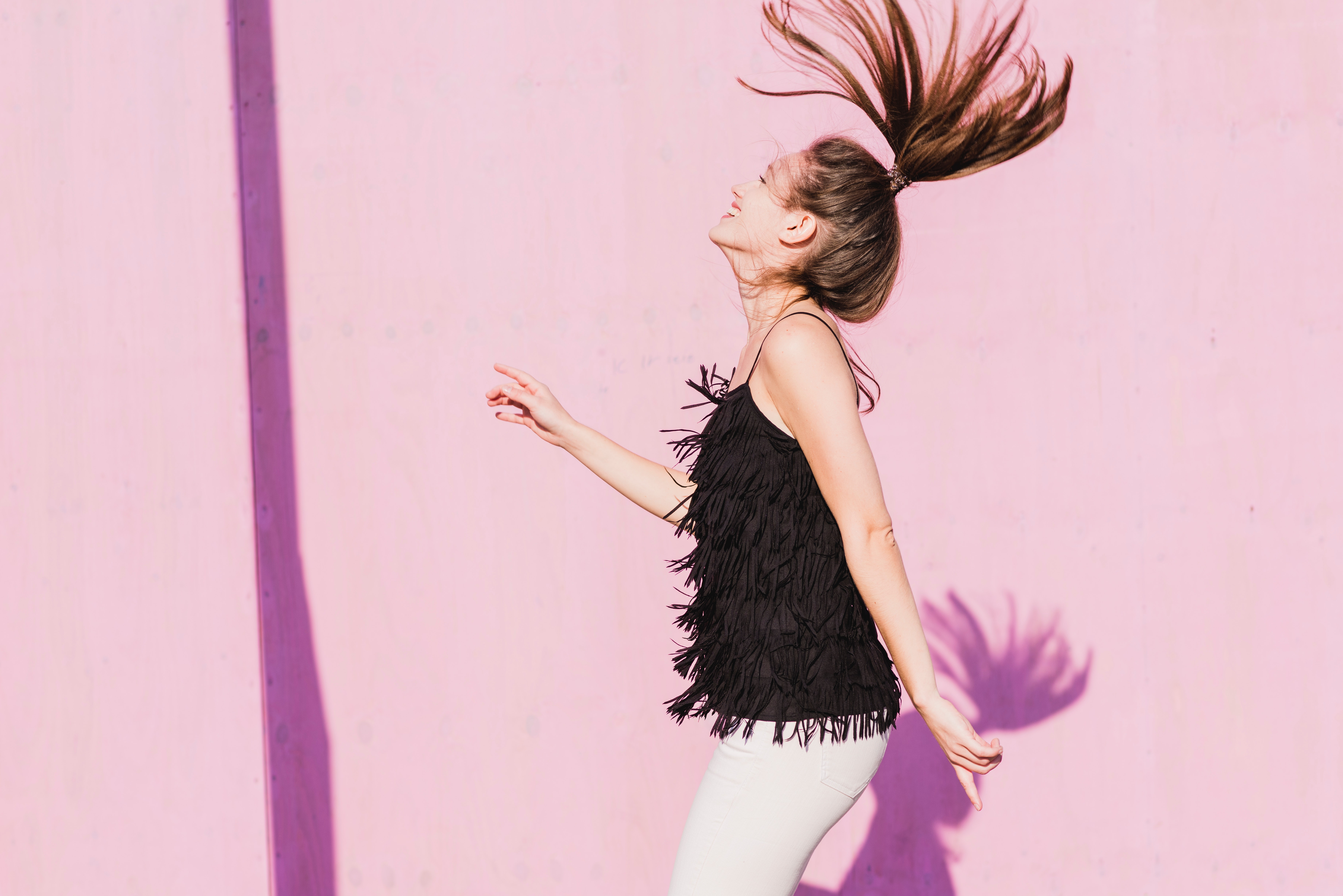 If Taylor Swift’s Fearless (Taylor’s Version) taught you anything, it’s that flipping your hair for an album cover is the move. It’s both timeless and effortless — or so you would think. The TikTokers trying out the album cover challenge on TikTok would likely tell you that it’s easier said than done. The funniest album cover challenge TikToks are actually filled with #fails and LOL-worthy moments.

The album cover challenge started with the release of the TikTok’s album cover effect. This effect essentially works like a camera’s self-timer and gives you five seconds to pose for a stunning pic. Some users have used it to prove that anything can be a cool album cover, from sight-seeing spots in Japan, to a selfie with a film camera, and a blank wall with a little bit of sun. Others have used it to make the opposite point, saying that not everything looks artsy in the square frame.

The hair flip "section" of the album cover TikTok challenge is a whole different, hilarious ball game. It began with TikToker @processorprod and turned into an actual obstacle that TikTokers are determined to get through. If you try it out for yourself, just be warned: You will likely fail before you succeed. The fails will ultimately make you laugh out loud, though, and wonder how Taylor Swift made hair flips looks so effortless.

Here are the best and funniest album cover challenge TikToks yet:

1. Here’s The Original Video That Looks So Effortless

The original album cover challenge video by @processorprod is definitely worth watching. Not only does it give you a good gist of the challenge, but it also shows you the stunning results you could end up with. At the count of five, the two users flip their hair while standing in a sunny spot.

The final result only takes one try (or so it seems), which is the most shocking aspect of the whole thing. Plus, the cover looks like something that Taylor Swift would approve of. Can we get her on the phone?

The challenge gets more real and relatable in this album cover video by TikToker @eliefernan. In a #stitch with the OG video, they say, "There’s no way it looked that good," before trying out the hair flip for themselves.

Take after take, @eliefernan tries to get a top-notch result, and comes fairly close with a picture of their side profile. They very much deserve an "A" for effort, even if some of their takes were not as "aesthetic" as they wanted them to be.

3. This Video Has The Best Reactions

TikToker @mellocair has the best attitude in their album cover challenge video. After each take, you can hear them laughing in the background at their results. Despite some #fails, they keep trying, working different angles and faces that could take them to the finish line.

Honestly, it’s a lesson in positivity and perserverance, and will encourage you to keep trying when filming your own video.

4. This Video Isn’t A Total Fail

If you’re thinking, "Why would I even try this challenge if it’ll be a major fail?" you need to watch @gingersnark’s video. It’s not a total fail, and shows that your efforts are well worth it.

You may still capture a rad photo of your ear or your neck — but success will eventually find you and then you can post about it. Most TikTokers have chosen a different song to put with their video, so be sure to pick one that fits your personality and the vibe of your hair flip.

5. This Video Plays Around With The Album Cover Effect

Hair flips aside, you can use the album cover effect to create a seriously cool piece of album art. Take it from the one and only Bretman Rock (@bretmanrock), who spent his video posing in front of a tropical landscape and creating something for you to swoon over.

If you don’t want to try your luck with the hair-flipping album cover challenge, stitch this video and try out the same poses in your backyard, bedroom, or bathroom.