The Happiest She's Ever Been! J. Lo Shares Sweet Video With Ben Affleck

She’s over the moon. Jennifer Lopez shared a sweet video with Ben Affleck that explains exactly how she feels about him.

Ben Affleck and Jennifer Lopez: Timeline of the Bennifer Romance

“I did it! I found the person that makes me the happiest I’ve ever been,” the viral TikTok audio clip says. The “Love Don’t Cost a Thing” songstress, 53, was in Affleck’s lap in the Sunday, November 20, clip, cuddling with the Argo director, 50, who broke into a big smile once he heard the soundbite.

Lopez detailed her romance with the Oscar winner in a Vogue cover story, published earlier this month. “I always felt like there was a real love there, a true love there,” the New York native said. “When we reconnected, those feelings for me were still very real.”

The twosome initially got together in 2002 but split after calling off a wedding in early 2004. They reconnected in early 2021 after Lopez split from ex-fiancé Alex Rodriguez. Affleck proposed after one year of dating and the lovebirds tied the knot in a surprise Las Vegas ceremony in July. In August, they hosted a wedding reception with friends and family in Georgia.

Every Single Similarity Between Ben Affleck and Jennifer Lopez’s Engagements

Among the wedding attendees were their children. Affleck was married to Jennifer Garner for 10 years before calling it quits in 2015. The coparents share three children: Violet, 16, Seraphina, 13, and Samuel, 10. Lopez, for her part, shares twins Emme and Max, 14, with ex-husband Marc Anthony, to whom she was married from 2004 to 2014.

Earlier this month, the Marry Me star praised Garner and Affleck for their amicable split. “[She’s] an amazing coparent, and they work really well together,” Lopez told Vogue. 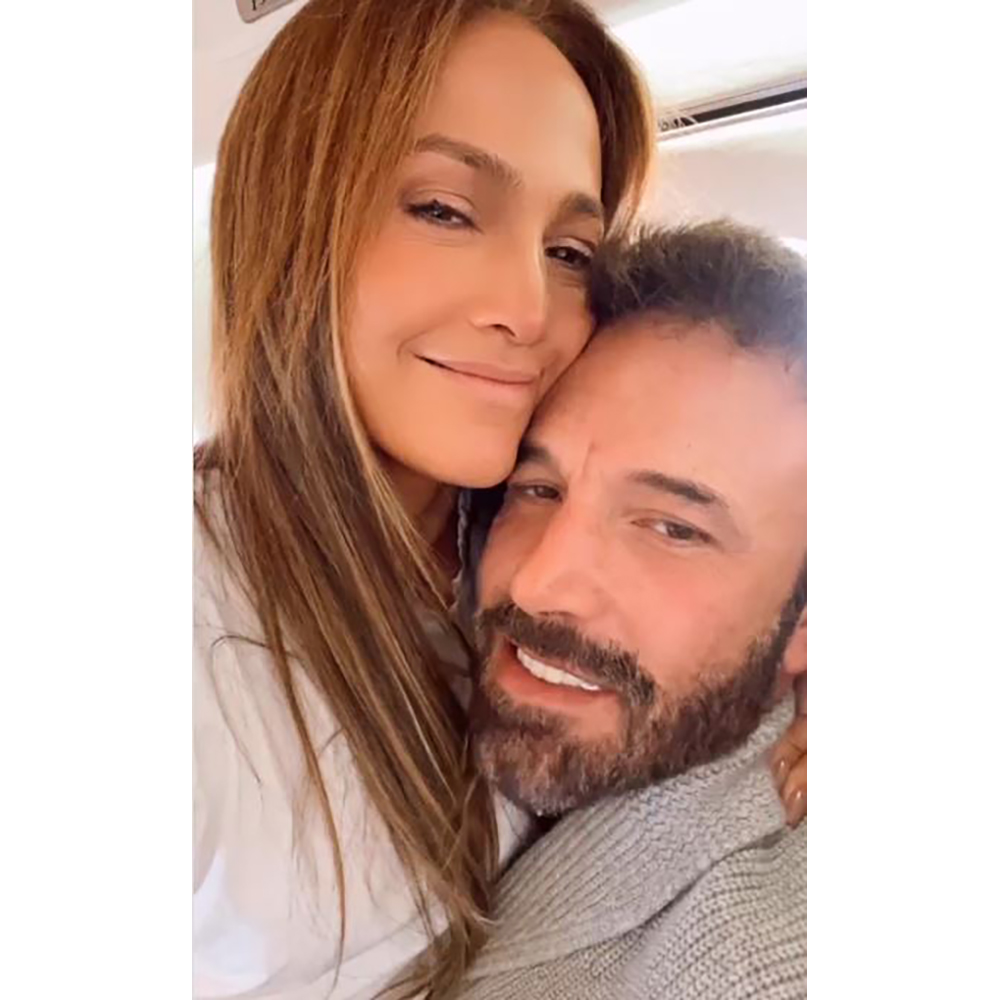 She added that the “transition” of blending their families is a delicate process, explaining, “They have so many feelings. They’re teens. But it’s going really well so far.”

From the Red Carpet to Paris! Jennifer and Ben’s Best Couple Style Moments

A source told Us Weekly that Lopez and Garner have formed a friendship since the July wedding. “Now that Jen and Jen have been coparenting, they’ve been getting to know each other better and have formed a very new friendship,” an insider exclusively told Us, noting that the Alias alum, 50, “can’t believe how sweet” Lopez is to her kids.

“They really enjoy each other,” the source explained.