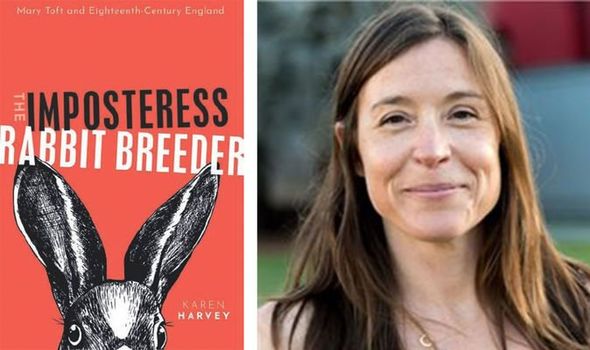 I first came across the tale (or should that be tail?) of Mary Toft (also called Tofts in some accounts) some 40 years ago in the late, great Jeremy Beadle’s chronicle of the curious Today’s The Day.

Among the hundreds of fantastic stories in that book, the woman who gave birth to rabbits caught my imagination.

I have subsequently seen Mary Toft mentioned in various other anthologies of the arcane but this is the first full length account I have come across.

Usually when something unusual happens, the “victim” lives in the middle of nowhere and there are no witnesses to the event.

Mary Toft was different – in more ways than one.

For a start, she lived in Goldalming, Surrey, just over 30 miles southwest of London.

She was also attended by the king’s doctors.

As Karen Harvey shows, Mary Toft really did give birth not to rabbits but to rabbit body parts.

Well, after a fashion, she did.

The authorities charged her with imposture and she was placed in the Westminster Bridewell in December 1726, where she spent four months.

She was eventually freed because common sense prevailed and even the authorities realised that no crime had been committed.

The Imposteress is a cracking read of a story that seems impossible to be believe but ir was all too true.