HOTELS are expected to open from July 4 if the government relaxes their lockdown guidelines, to be announced later today.

This will mean a number of new changes, however – including no more breakfast buffets or mini bars in your room, as well as reduced service. 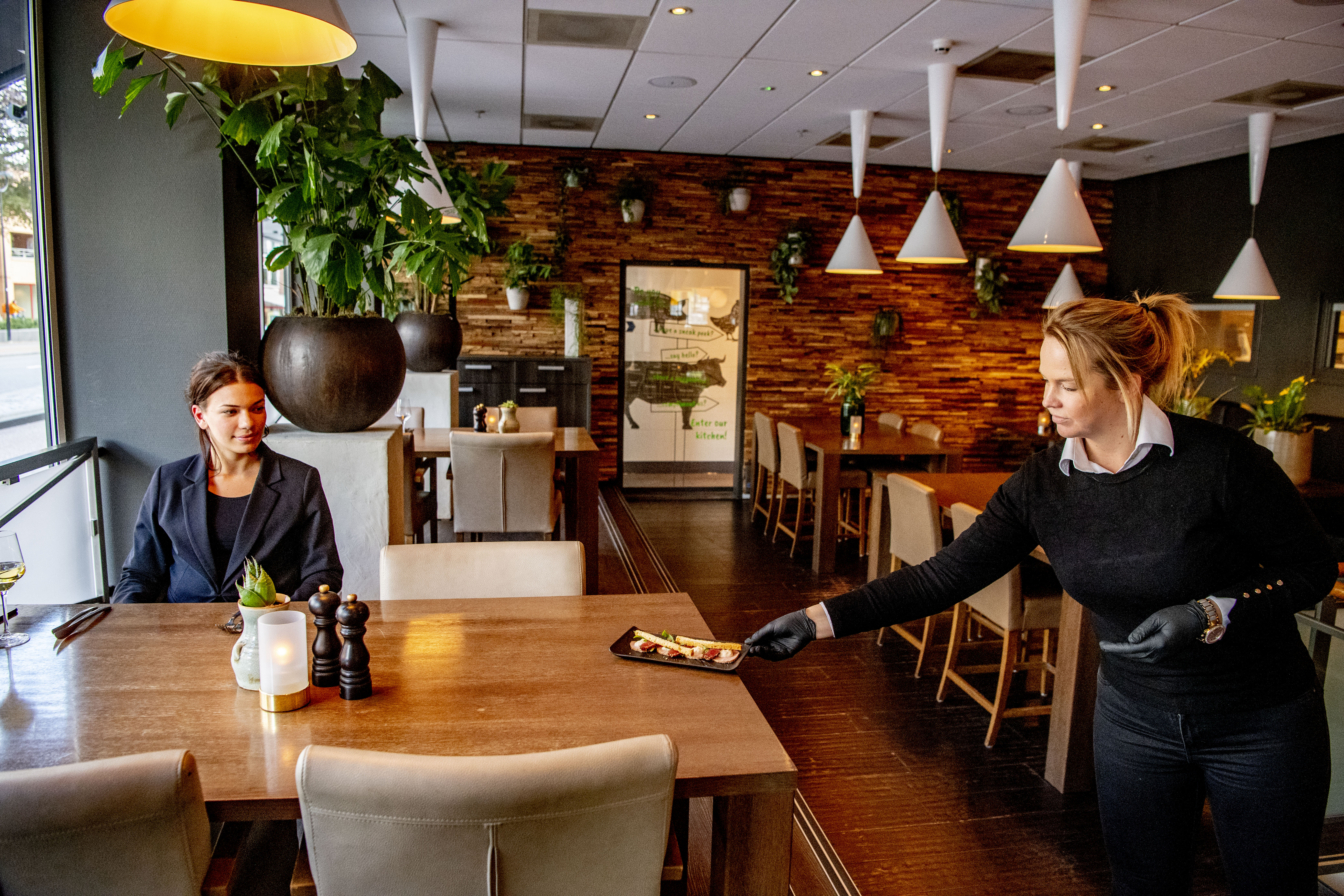 Accor, who own more than 270 hotels across the UK including Novotel, Mercure and Ibis have announced the new changes to be expected as they stagger the opening of the chains.

Novotel at London Bridge will be one of the first to open, according to the Guardian, with perspex screens at the check-in desk as well as social distancing markers on the floor.

Each room will be left empty for 24 hours between guests, while the bar and restaurants won't be open, instead offering takeaway meals to eat within rooms or communal areas.

He added: "People will need some time to trust and be reassured." 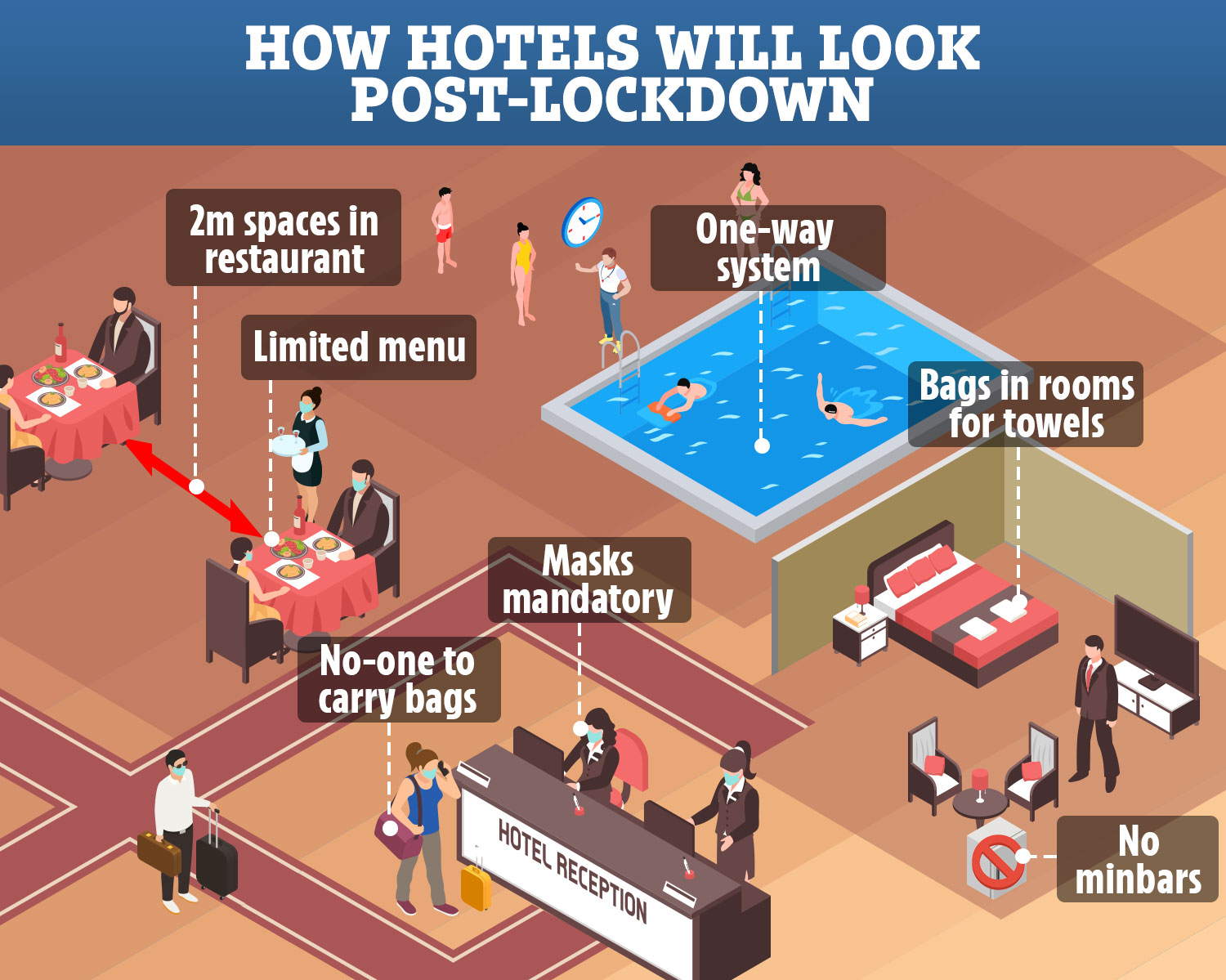 Other changes expected in hotels include the removal of anything which could risk contamination, such as the mini-bars and buffet services, as well as room keys, complimentary toiletries and kettles.

Technology is likely to be used more, such as for online check in, reserving meals and room service.

IHG says it will have visible verification of sanitised items, such as glassware and remote controls, a reduction of in-room furnishings/high-touch items and new laundry protocols.

On-site facilities such as swimming pools, gyms and spas are expected to remain closed or to limit capacity, as well as only allow pre-bookings or one-way systems. 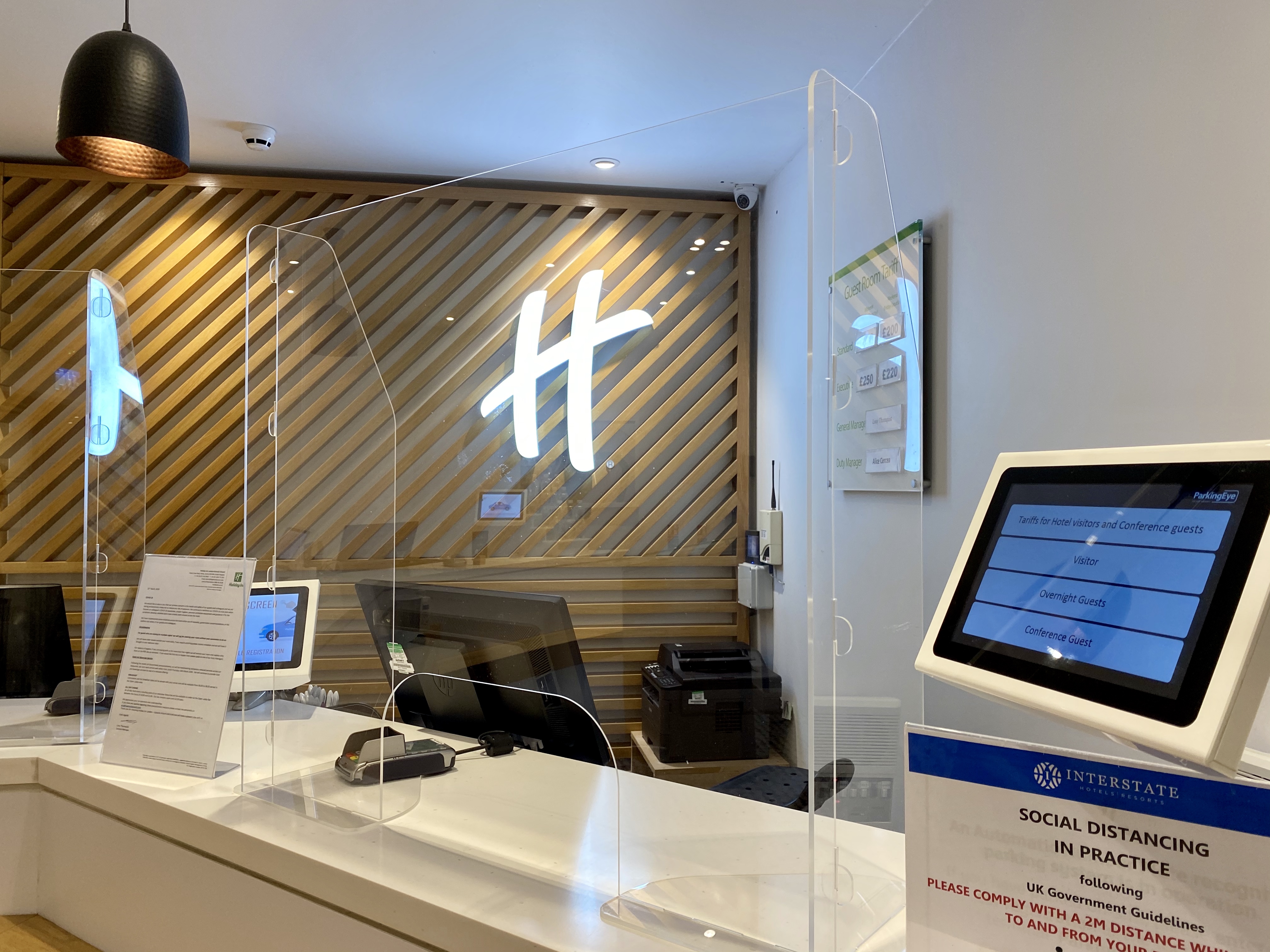 Other suggested changes to hotels could include:

Rudy Tauscher, general manager of the Four Seasons in New York previously told NBC of some of their changes.

He explained: "We removed minibars, excess hangers, excess linens, we took extra pillows out, so there are four per room, instead of six."

Room service has gone along with buffet service, something Rudy said could be gone even after the pandemic.

He added: "I think it's safe to say that breakfast buffets and communal tables and the kinds of things that had been traditions at many hotels are going away, for who knows how long."