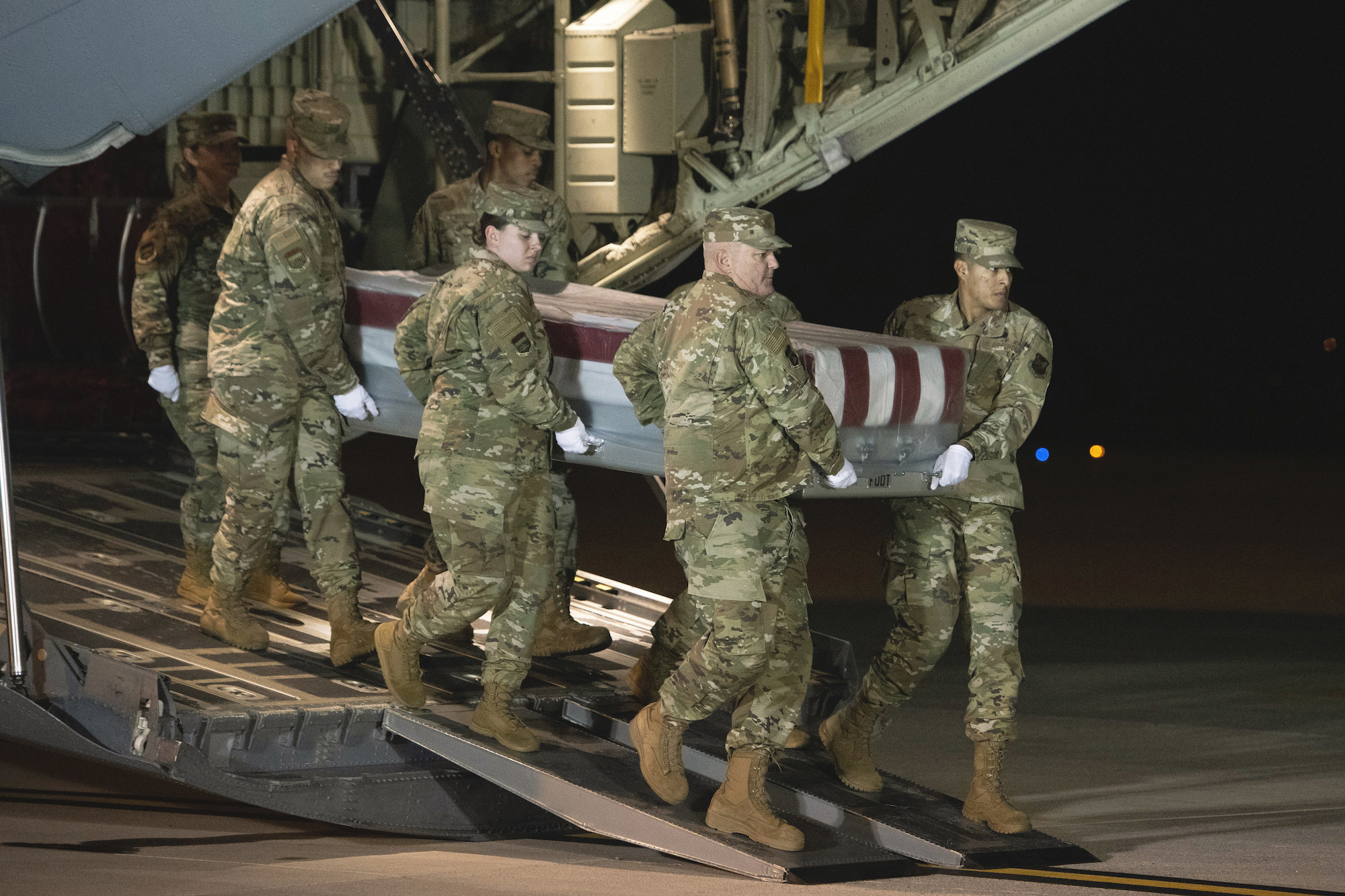 The man who killed three sailors and wounded eight others in a shooting at a naval air station in Pensacola, Florida, in December had “significant ties” to al-Qaeda, officials said Monday.

The FBI discovered the links between the terrorist organization and shooter Mohammed Alshamrani, a second lieutenant in the Royal Saudi Air Force who was training as a pilot on the naval base, after breaking the encryption on his two iPhones.

“The phones contained information previously unknown to us that definitively establishes Alshamrani’s significant ties to al-Qaeda in the Arabian Peninsula (AQAP), not only before the attack, but before he even arrived in the United States,” US Attorney General Bill Barr said in a press conference.

In January, Barr called the shooting “an act of terrorism” after FBI officials learned that Alshamrani had posted anti-American and anti-Israeli statements on social media, including just two hours before the Dec. 6 attack.

FBI Director Christopher Wray said Monday that the information obtained from the iPhones — one of which Alshamrani shot during his attack in an attempt to destroy it — proved beyond all doubt that the Saudi Arabian trainee was “a determined AQAP terrorist who spent years preparing to attack us.”

In February, AQAP leader Qassim al-Rimi claimed credit for the Pensacola attack in an audio recording released by the terrorist organization. To prove their association with Alshamrani, the group released what they said was a copy of his will. Wray confirmed Monday that they found the same will on the shooter’s phone, as well as evidence that his connections with al-Qaeda dated back to 2015

“He was meticulous in his planning. He made pocket-cam videos as he cased his classroom building. He wrote a final will, purporting to explain himself, and saved it in his phone — the exact same will that AQAP released two months later when they initially claimed responsibility,” Wray said. “He wasn’t just coordinating with them about planning and tactics—he was helping the organization make the most it could out of his murders. And he continued to confer with his AQAP associates right until the end, the very night before he started shooting.”

Barr told reporters that the information in Alshamrani’s phone allowed the US to carry out a counterterrorism operation targeting one of his main AQAP contacts in Yemen, Abdullah al-Maliki.

He also said the government was working closely with Saudi Arabia to improve the vetting process for Saudi soldiers training in the US.

Wray said the FBI received “effectively no help from Apple” during the four months it took the agency’s computer scientists and engineers to access the iPhones.

In January, an Apple spokesperson told BuzzFeed News that although the company provided data from Alshamrani’s iCloud account to the FBI (following court orders), it would not unlock the devices or create a way for law enforcement to get around encryption in future models, citing user privacy concerns.

“We have always maintained there is no such thing as a backdoor just for the good guys. Backdoors can also be exploited by those who threaten our national security and the data security of our customers,” the company said in the statement. “We feel strongly encryption is vital to protecting our country and our users’ data.”

Apple has been warring with the federal government over these privacy and encryption issues for years. In 2015, Apple defied a court order to assist the FBI by unlocking the iPhone belonging to another mass shooter — one of two terrorists who killed 14 people in San Bernardino. (The FBI was eventually able to access the phone thanks to the work of an outside company.)

Barr on Monday called for legislative action that would force Apple and other tech companies to provide unlimited access to digital devices when presented with a court order.

“When combating threats to our homeland, we need American tech leaders to work with us, not against us,” he said.

“Privacy and public safety are not mutually exclusive. We are confident that technology companies are capable of building secure products that protect user information and, at the same time, allow for law enforcement access when permitted by a judge,” the attorney general added. “The developments in this case demonstrate the need for a legislative solution.”

Apple did not immediately respond to a request for comment.