Nic reveals to Conrad that she has pregnancy doubts in this EXCLUSIVE preview of the all-new episode of ‘The Resident.’ She’s worried because she doesn’t ‘feel any different.’

Nic and Conrad both find themselves paged to the ER unexpectedly in this EXCLUSIVE sneak peek of the Jan. 26 episode of The Resident. While in the elevator, Nic reveals some of her worries to Conrad about her pregnancy. “You okay?” Conrad asks. Nic replies, “Yeah, just in my head.”

Conrad stresses to Nic that home pregnancy tests are 99 percent accurate. He kisses her, but her doubts don’t go away. “You know, I just don’t feel any different. I’m not tired, I’m not nauseous,” Nic tells Conrad. Could this be a sign that complications are ahead for Nic? 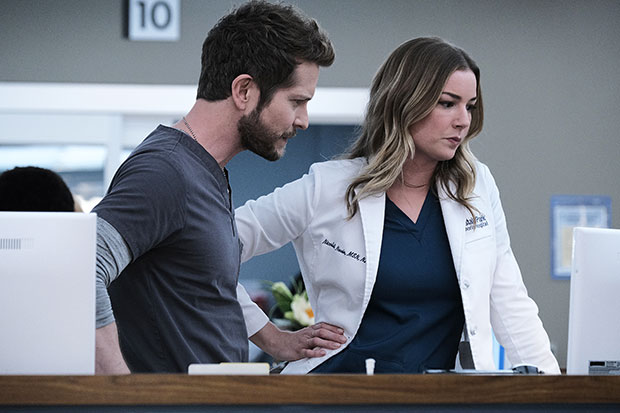 Conrad asks Nic if she wants to do a blood test to confirm. “I want to know for sure today,” Nic says. Conrad tries to lighten the mood that they’re going to try and do all this without anyone else finding out. For now, CoNic is keeping the baby news on the down-low.

Nic took a pregnancy test just weeks after her wedding to Conrad. At the end of the second episode, Nic revealed to Conrad that she was expecting. “Oh my God, you’re going to be the best mother ever,” Conrad gushed. Nic told Conrad that he’ll be the “best dad.” They talked about their hopes for their little CoNic kid. 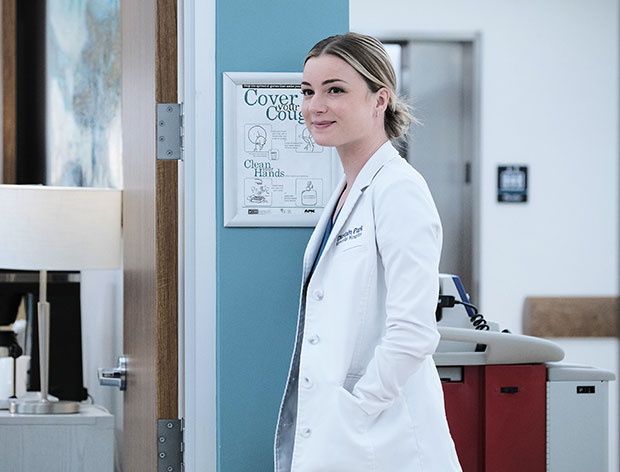 The synopsis for the Jan. 26 episode reads: “When Cain tries to be a hero at a crash scene, he is struck by a car, causing Chastain’s doctors to put aside their personal issues to try and save his life. Conrad and Nic team up to help one of the crash victims, whose secretive past makes it difficult to identify a diagnosis. Meanwhile, Bell brings his TV crew to the hospital in hopes of garnering positive attention for Chastain, and Mina opens up to Nic, only to find out that Nic is holding on to a secret of her own.” The Resident season 4 airs Tuesdays at 8 p.m. on FOX.