Home » Lifestyle » “There Is A Bigger World”: Randa Jarrar on Her Memoir Love Is an Ex-Country

“There Is A Bigger World”: Randa Jarrar on Her Memoir Love Is an Ex-Country 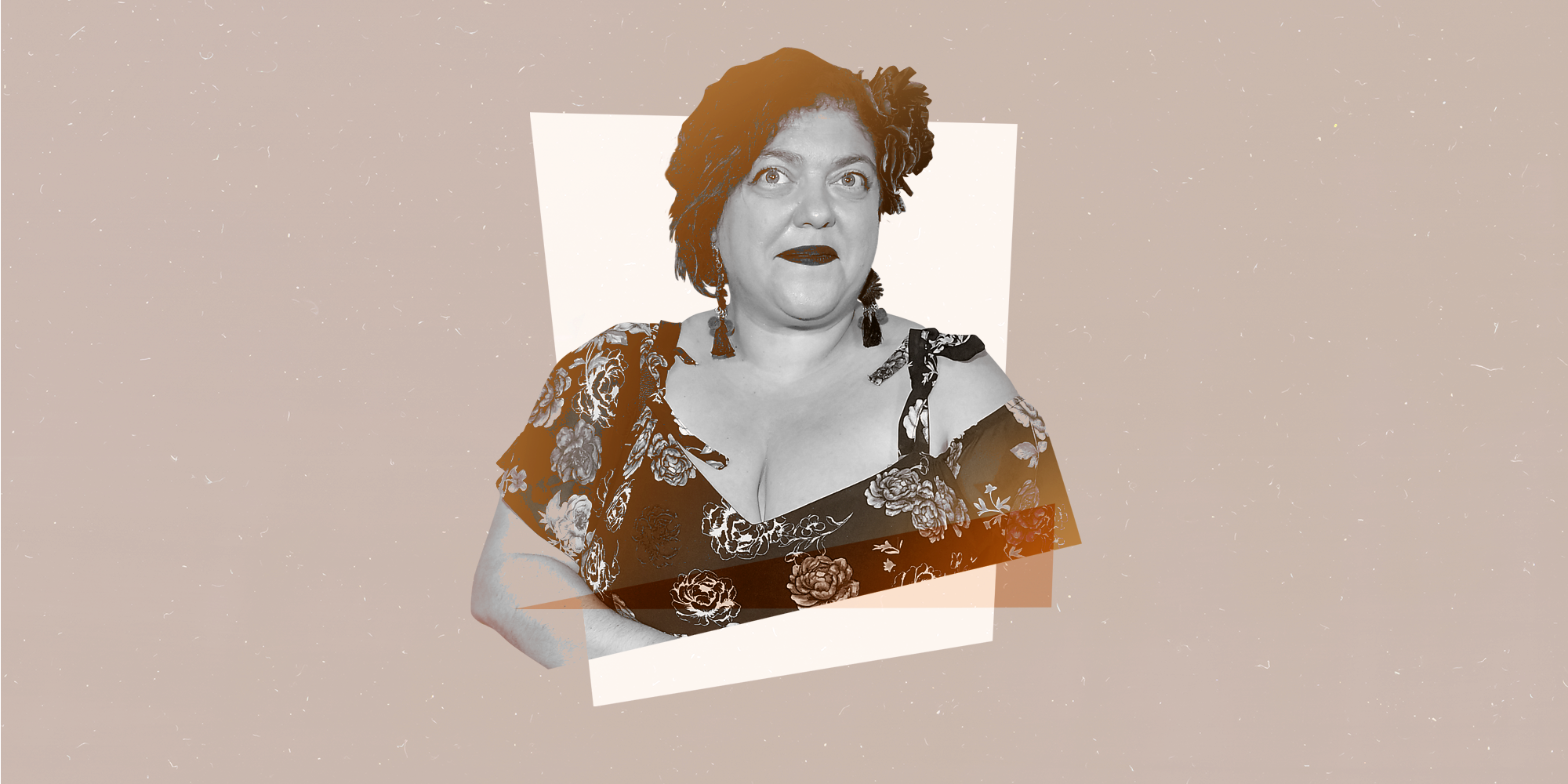 Randa Jarrar’s new memoir, Love Is an Ex-Country, starts at a moment of freedom: Jarrar is on sabbatical, and her son, whom she had when she was 18 years old, is 18 himself, and has moved out. It is the first time in her adult life when she is not responsible for another human, so she sets out on the open road to explore a pre-Trump America, and herself—driving from California to Connecticut, by way of a writing residency in Marfa, Texas, and also walking us back through moments that shaped her life.

Jarrar’s earlier books of fiction, her 2008 novel, A Map of Home, and her 2016 collection of stories, Him, Me, Muhammad Ali, trace many of her autobiographical details and tell the stories of an Egyptian-Palestinian family who must escape Kuwait during the 1990 Iraqi invasion, eventually relocating to the United States. Her books are filled with pointed, violent details that stick in your mind, “Like rain lashing at a window. Like a flood. Like a doll cut up into five distinct pieces,” she writes about a time that her father beat her for sneaking out to meet a boy.

But beyond violence, Jarrar writes about pleasure and healing, and her own power with the same ferocity. “I actually admit I got fat from eating poorly while being poor, being genetically predisposed to diabetes and retaining adipose tissue, and being so lazy and tired after writing books and raising my child alone that I didn’t exercise. In fact. I ate. That shouldn’t be in the past tense. I eat. And I also write what I like. And say what I like. And fuck whomever I like.” This memoir is deeply literary, but she breathes new and hilarious life into what I thought was possible when writing about being an immigrant, an Arab-American, a daughter, a mother, a lover, a traveler, and most of all, a body—or, as she puts it, a “queer fat body.”

Jarrar and I speak over Zoom from our homes, less than two miles apart in Los Angeles. Ahead, her take on writing nonfiction, that infamous Barbara Bush tweet, and more.

How did it feel to write about your life through nonfiction instead of fiction? It feels really brave to write so honestly about your traumas and pleasures.

I really felt like no one was going to read anything I wrote. It’s actually a good trick I continue to play. I just imagine the people that I want to read it reading it. Or that that I was writing for another self who might need it. I think it is okay to write for yourself. There is a demonization of that, like, Why don’t you just write in your journal? Okay, cool, I will!

As for writing nonfiction, I had been working on these essays for a while. There is such a misogynist idea about writing nonfiction. When white men do it, it is a five-part novel called My Struggle, and when women of color do it, it gets belittled—it gets lumped into a confessional umbrella—when in reality, we are just more interesting than white men.

Even though this book is framed as a cross-country road trip, there are so many journeys encompassed here. How did you come up with this structure?

I went on this trip, because I was terrified that Trump was going to win, and I wanted to see what are people like out there. To have the book come out a week after the inauguration of someone else, what a triumph! As part of this road trip, I went to a writing residency in Marfa for six weeks, and there was nothing to do but read and think and go to giant art openings and land art installations, and I experienced this reconnection with my body. Just having those six weeks to focus on a topic that I am really into: the body, the queer fat body, and to explore the world through this lens helped me figure out this book. And the more time I got, the more the tributaries and other side roads started opening. And then, it just shaped into me being on all these travels and having my body be constantly in movement in a way that mirrors the spiritual or metaphysical experience of being Palestinian and Egyptian and American during this weird time.

I was following along on social media when your tweet, “Barbara Bush was a generous and smart and amazing racist who, along with her husband, raised a war criminal. Fuck outta here with your nice words,” led to right-wing commentator Ben Shapiro directing his followers to attack and then dox you. I was expecting some dramatic behind-the-scenes story of this experience, but in fact, you write about how you were at a book festival in Tunisia, where Palestinians are honored and celebrated, living your best life when it happened. It was brilliant to see how you took this terrifying incident and minimized it—especially after the insurrection at the Capitol.

Yes, it’s the same people as the Capitol! I remember when it was happening, someone was like, “Go back to Africa.” And I was like, “I am in Africa, I am literally in Africa right now!” And you can still hear me. The fantasy for these people is that they are living in a vacuum of white supremacy, and it is not a reality. The reality is just that most of the world is not white, and these are really the last death throes, these are the last gasps for these people, and it is not going to work out for them. I am glad that I was able to make it seem small. I mean, it is very dangerous—these people are dangerous, but I think it is important to remember that there is a bigger world.

You write so clearly about the relationship between kink and consent in the book. For example, you write, “Kink meant consent, always. It meant a discussion of boundaries, desires, fears. Unlike vanilla hookups, it meant safety.” Are you nervous about publishing so many details about your sex life?

I’m not scared or nervous about the sex in the book. I’m hopeful that my writing about it can lead to people being able to talk more about the different ways you can be with people. Figuring out this consent thing was big, and having young people, or really all of us, figure out that it is a central idea to liberation, abolition, all of that, is key to making change. The police should not put their hands on us, the state should not put its hands on us. The fine print of being a human in 2021 negates so much of our consent! If all of us work our asses off for five years on this one issue, we might have solutions.