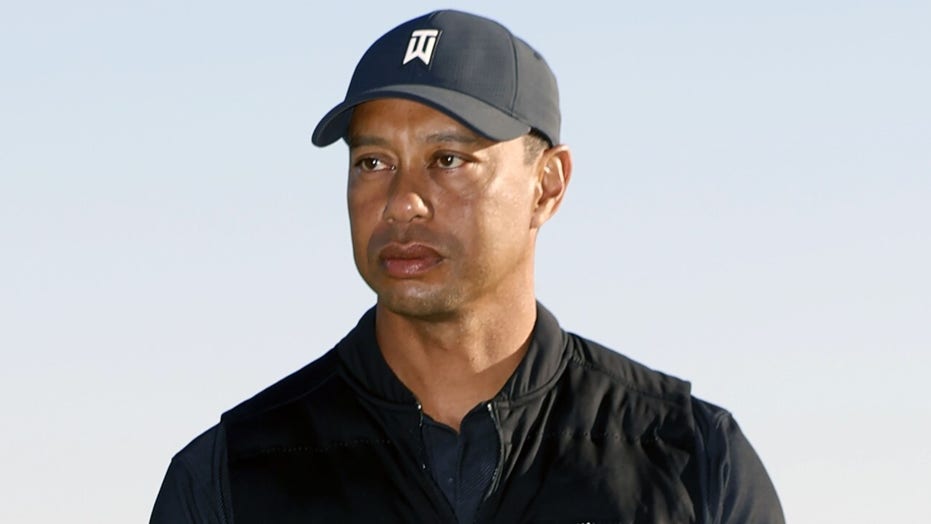 Tiger Woods, who is recovering from a devastating car accident that left him with a shattered leg, describes in an upcoming documentary how he has had to overcome his “inner demons to perform.”

The 11-time PGA Player of the Year recalls in “GOATs: The Greatest of All Time” how he became “the youngest ever to win” the Junior World Championships in the 10-and-under division at age 8, People reported.

It “showed me that I could play against the world’s best, even though I was only 8 years old,” the links legend says in the documentary, which airs Sunday, according to the mag.”It got me started on the right path — I had the self-belief that I could do it,” the 45-year-old says. “Coming back [after losing my first two years] to become the youngest ever to win the event, that meant a lot to me.”

People, which obtained a clip of the series, reported that Woods says that, for him, the sport is “also about competing within myself.” “I have to overcome all my inner demons to perform, ’cause no one’s gonna bail me out,” he explains. “It’s not like … [you can have] a bad game and just sit out.”

Compared to team sports where players can be swapped out, “We don’t have that,” Woods says.

“We’re stuck out there by ourselves. And you have to figure it out. And that’s the difficulty about our sport, is no one’s gonna bail us out,” he adds.

That mindset has taught him “how to hang in there, how to grind, how to fight, and [that] self-belief is earned.”

Woods was driving a 2021 Genesis GV80 alone Feb. 23 when he veered across the median on Hawthorne Boulevard in Rancho Palos Verdes, Calif., went off the road and struck a tree — causing the car to roll over.

The 15-time major champion is still recovering after surgery to fix the compound fractures in his leg. It remains uncertain whether he will be able to continue his golf career.

Directed by Kevin Kaufman and celebrating the work of sports photographer Walter Iooss, the three-part documentary — which was filmed prior to Woods’ accident — also will feature interviews with athletes Derek Jeter, Michael Jordan and the late Kobe Bryant, among others.

“What he did on the course was truly remarkable — the putts he would make, his fist pumps to ignite the gallery, his charisma,” Iooss said.

“When we worked together, he was an ultra-professional. We’d have the setups planned with military precision and I always finished early, which he knew was a sign of respect to his time; we weren’t wasting a single second,” he said.

“Working with Tiger was fun because he has a good sense of humor. For me, his 2019 Masters win is the most emotional sporting event I’ve ever witnessed, even more so poignant because it was the last time we saw him play golf with his son,” Iooss added.

“GOATs: The Greatest of All Time” premieres at 8 p.m. Sunday on ESPN.