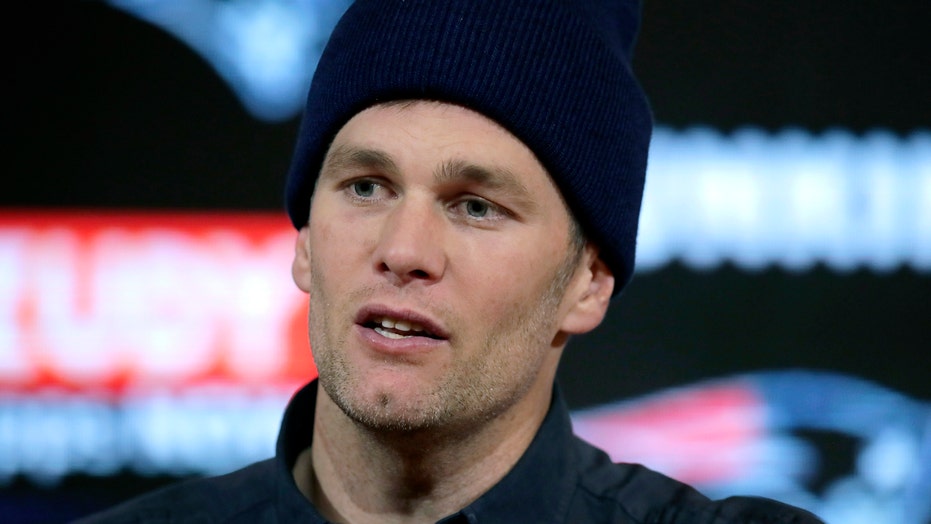 Some NFL players decide to opt-out of the 2020 season due to the coronavirus pandemic; reaction and analysis from Fox News contributor Jim Gray on ‘The Daily Briefing.’

And the Bucs, who’ve missed the playoffs 12 consecutive seasons, feel they have a supporting cast talented enough to help the 43-year-old quarterback accomplish that mission.

“Everybody sees football a little bit different. It’s about how we all see it together and how we can all be on the same page as we move forward,” Brady said Tuesday, speaking for the first time since reporting to training camp with his new team.

The three-time NFL MVP talked among other things about the challenge of learning a new playbook for the first time in 19 years, as well as doing it without the benefit of a normal offseason routine due to the coronavirus pandemic.

“Ultimately, my goal is to go out there and do what I’ve always done, (which) is to be best the best I can possibly be for the team,” Brady added during a video conference call. “I’ve tried to catch passes in my career, I’ve tried to make blocks, I’ve had a few runs, but I’m not very good at any of those. I think my best ability is reading defenses and throwing the football.”

Brady, who turned 43 this week, signed a two-year, $50 million deal in free agency after leading the New England Patriots to nine Super Bowl appearances, 13 AFC championship games and 17 division titles over the past 20 seasons.

He’s not the only high-profile addition to an offense that led the NFL in passing last year with talented but mistake-prone Jameis Winston at quarterback.

Six-time Pro Bowl running back LeSean McCoy is onboard, too, agreeing to a one-year contract after winning a Super Bowl as a backup with Kansas City last season.

The returning cast is impressive, too, beginning with Pro Bowl receivers Mike Evans and Chris Godwin, and tight ends O.J. Howard and Cameron Brate — easily the best collection of targets Brady has had to throw to in more than a decade.

“It’s a good, hard-working group, really smart players,” Brady said. “Again, it’s going to be up to all of us to come together to see how we can make it all work.”

McCoy, who’s 32 and entering his 12th season, worked out with the Bucs for the first time Tuesday. He’s been on some teams that have scrimmaged against New England in the past. Actually practicing with Brady was different.

“As he’s throwing the ball, I heard a couple of the guys whispering, ‘Dang, how many years do you think he’ll play?’ That’s how good he looked, seriously,” McCoy said. “Me and Gronk talked about it — his will to win, his will to go out there and still keep doing it. … He’s like a coach with a helmet on.”

With NFL training facilities shut down and normal offseason programs canceled because of the pandemic, Brady got a head start on getting to know some of his teammates by organizing small group workouts at a local high school. The sessions continued even after the NFL Players Association advised players to not participate in informal practices.

The 67-year-old Arians, who has also worked with Peyton Manning, Ben Roethlisberger, Andrew Luck and Carson Palmer during a long coaching career, noted that’s just one of example of what makes Brady such a strong leader.

“I think they all have the same qualities of willing themselves on other people to win and making them accept it quickly,” Arians added. “All the good ones, they all had it. When they talked, everybody listened, and Tom has that for sure.”

Winston threw for a league-leading 5,109 yards and 33 touchdowns in 2019. But the 2015 No. 1 overall draft pick also undermined the team’s chances of making the playoffs by tossing 30 interceptions, seven of which were returned for TDs. Winston’s 35 turnovers overall were 12 more than any other quarterback.

Brady, a four-time Super Bowl MVP, has never thrown more than 14 interceptions in a season. He had 29 combined over his last four years with the Patriots.

“The reality is the clock is ticking on everybody, and we’re going to have to work as hard as we can and not waste any minutes of any day trying to get used to one another, embrace the challenge and see it as an opportunity to see what we can become,” the quarterback said.

“Mentally I feel like I have all the ability. … There’s no play I haven’t run, there’s no defense I haven’t seen. It’s just physically are you still able to execute your job,” Brady added. “I’m very fortunate to still be able to do that.

"I know it’s a contact sport, and there are things that are out of your control, but that’s a pretty good lesson for life, too.”