Ignore foodie snobs: Keeping tomatoes in the fridge or at room temperature makes no difference to their flavour, study shows

It’s a question that has dogged British households and sparked debates around the kitchen table for years.

But now researchers have proven that it really doesn’t matter whether tomatoes are kept in the fridge or at room temperature.

They stored the favoured salad food at 7C and 20C before putting them to an expert panel of food tasters, who found ‘no significant difference in flavour’ between the two. 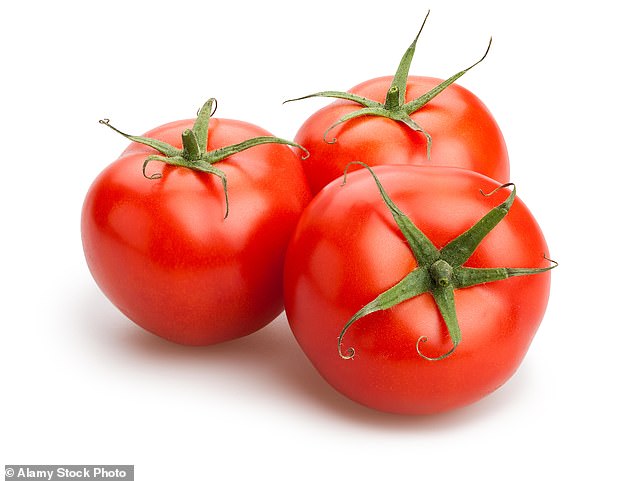 Tomatoes taste doesn’t change whether they are stored in the fridge or at room temperature, a study by researchers at the University of Gottingen, Holland, has found

The tomatoes were marked on characteristics such as sweetness, acidity and juiciness for the test, said the team from the University of Gottingen, Holland, and were all trained in assessing food.

Reporting their findings to the journal Frontiers in Plant Science, they concluded keeping a ripe tomato in the fridge for a ‘short period’ of time has no impact on the flavour.

Lead author Larissa Kanski said: ‘It is the variety of tomato in particular that has an important influence on the flavour.

‘The shorter the storage period, the better it is for the flavour and related attributes. However, we were able to show that, taking into account the entire post-harvest chain, short-term storage of ripe tomatoes in the refrigerator did not affect the flavour.’ 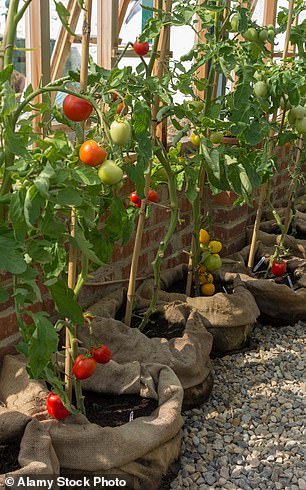 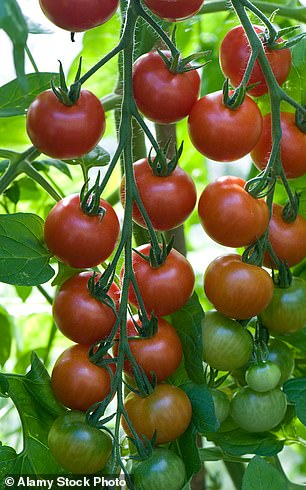 A study by the University of Florida found tomatoes could only be chilled for four days. They said that after then, they begin to lose their taste

A study by the University of Florida in 2016 showed tomatoes tasted best if stored at between 18 and 24C, but could be stored below 13C for up to four days.

The cooling reduces the activity of hundreds of genes in the plant, they said, some of which produce enzymes that break down volatile chemicals to give them a sweeter taste and more appealing aroma.

And other tropical fruits and vegetables that need the sun to ripen could also be affected by the sudden chilling.

Jane Scotter, who runs a fruit and vegetable farm in Herefordshire on the Welsh border, told the Guardian last year: ‘The golden rule is if something has gained its sweetness and purity from nature, and ripened in the sun, don’t put it in the fridge.

‘They pick up other flavours incredibly easily, lose sweetness and end up tasting “fridgy”.’