Tipping Tottenham for the title never feels wise, but after this result and this performance, why the hell not? 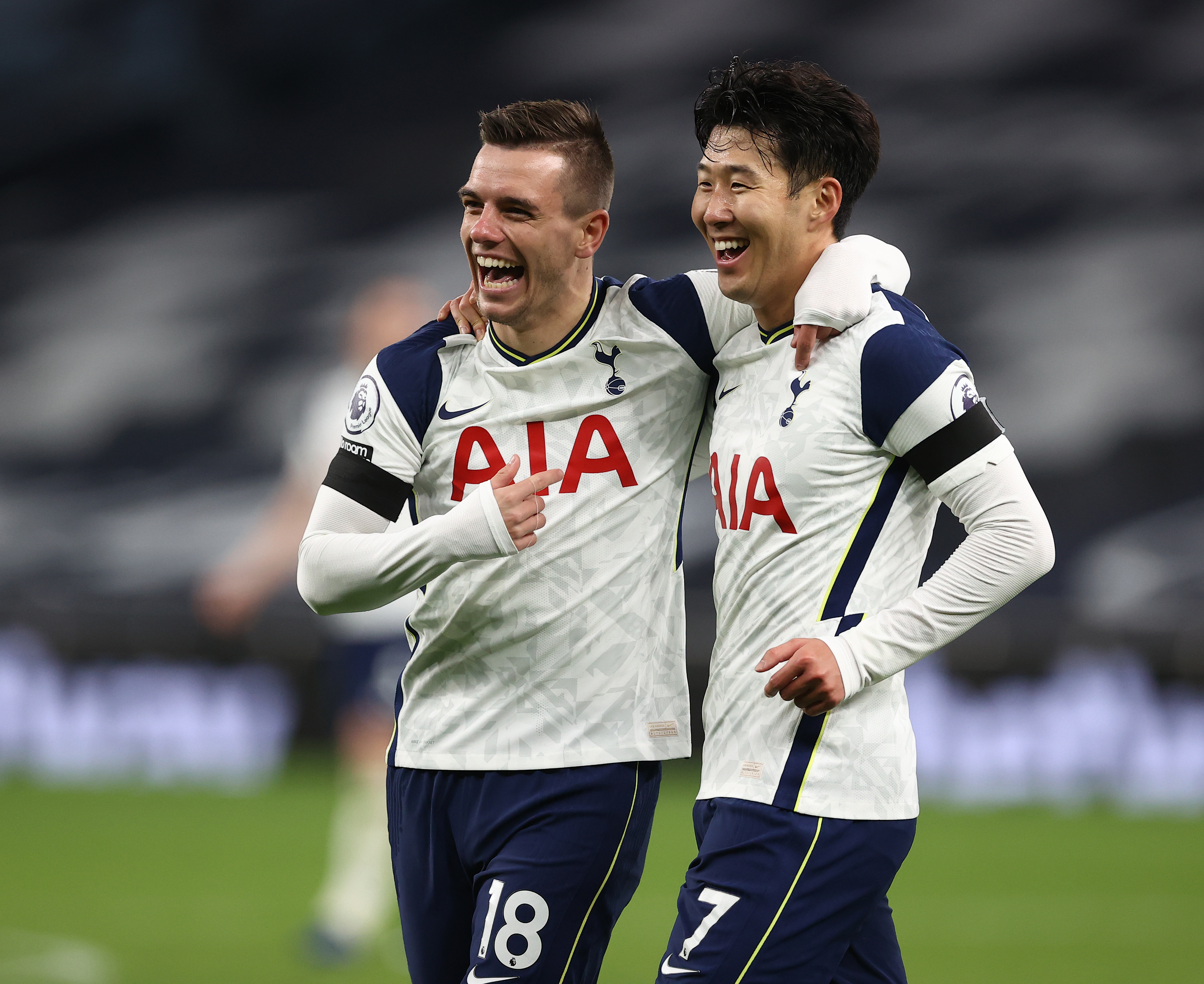 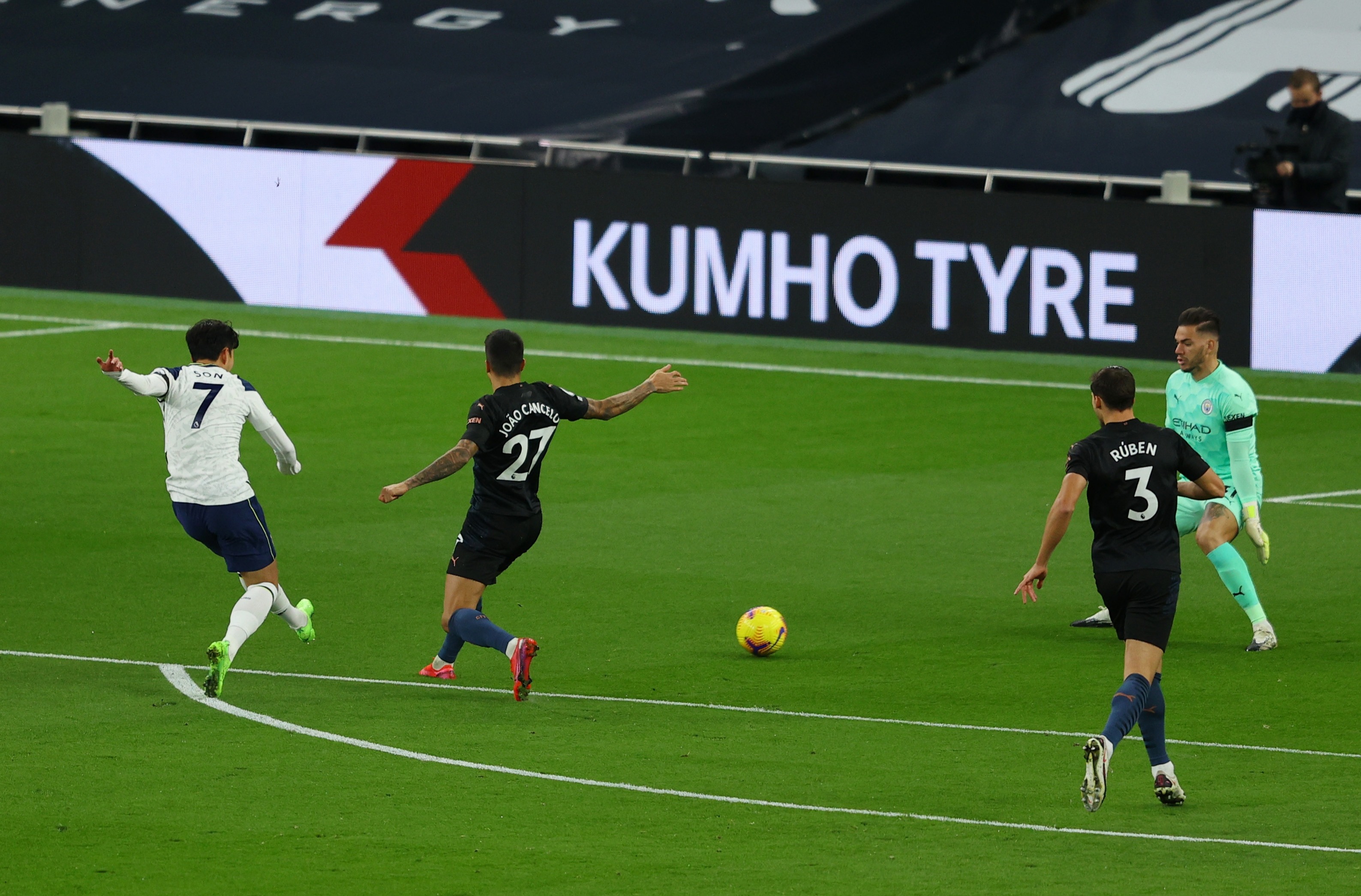 In guiding Spurs to this rope-a-dope victory, Jose Mourinho broke his own personal hoodoo, winning back-to-back competitive games against Pep Guardiola for the first time in his career.

A lot more of the clinical finishing, hard work and good fortune that earned Tottenham all three points will be required if they are to be champions of England for the first time in 60 years.

But what you can say for sure is that Manchester City are very capable of not reclaiming their crown.

An all-too-familiar defensive lapse allowed Son Heung-Min to open the scoring. VAR intervened, as it always seems to when they play Spurs, to deny them the equaliser that their domination of possession and territory deserved.

Gabriel Jesus failed to take his chances and as the search for an equaliser became more intense, the home team broke and Giovani Lo Celso grabbed a crucial second with what may well have been his first touch.

You had to laugh. Everything that Mourinho touches is turning to gold right now.

He is not playing football in the grand Spurs tradition, but by hook or by crook, it’s winning football and Spurs sit top of the league as the season begins in earnest.

The international break had brought contrasting emotions for the two clubs.

At Spurs’ first game since the death of former goalkeeper Ray Clemence, a group of eight of his Tottenham team-mates looked on while the current squad warmed up wearing T-shirts that bore his name.

City, on the other hand, had just announced that Guardiola would be staying at the club until 2023.

But if his players were happy about the news, they had a funny way of showing it.

The back five that Guardiola fielded was signed at a combined cost of £250m or more.

Yet with barely four minutes on the clock, it took just one scooped pass by Tanguy Ndombele to take all four defenders out of the game and leave Son with the task of beating Ederson.

Which he did, with the calmness and ruthlessness that has typified his extraordinary start to the season.

City quickly resumed their domination of the ball and should have equalised within minutes, but Jesus dithered and allowed Toby Alderweireld to recover to make a fantastic blocking tackle.

Then Spurs should have made it two with a fantastic break, but Harry Kane was offside.

After Rodri sent a header straight at Hugo Lloris, the visitors suffered their usual dose of VAR pain against these opponents.

The most painful incident remains the stoppage-time “winner” by Raheem Sterling that was – correctly – ruled out for offside in the Champions League quarter final second leg of 2019.

Guadiola’s side had felt hard done by in both Premier League clashes last season. There was penalty controversy in Tottenham’s 2-0 home win in February, a game overseen by the same referee, Mike Dean. 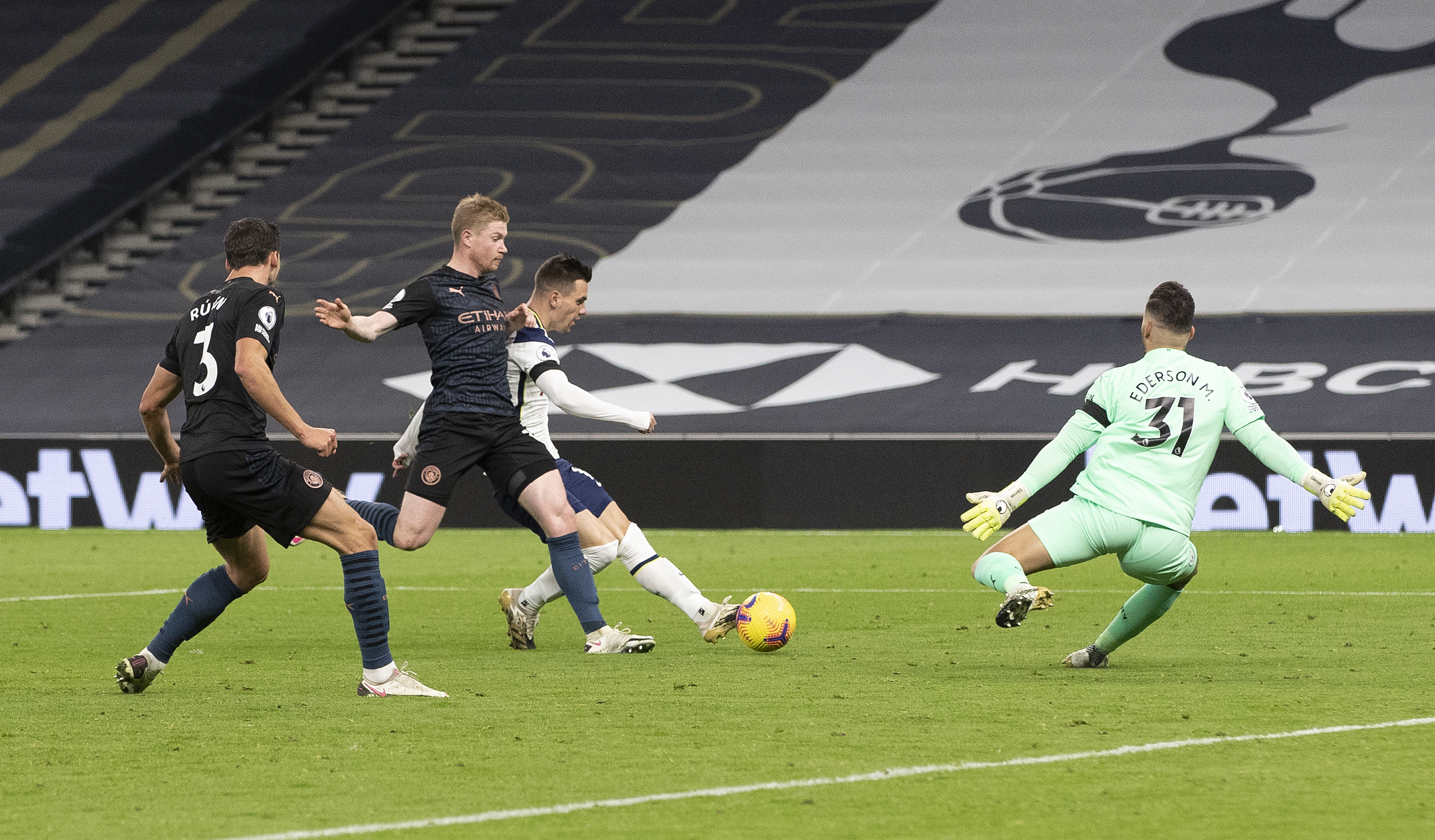 And back in August, the tone for City’s season was set when Jesus had a late winner ruled out for handball in the build-up by Laporte.

Just for the sake of variety, the roles were reversed this time. Dean went to the pitchside monitor and could hardly miss the way Jesus controlled the ball with his right arm before laying it back for Laporte to sweep home.

A City equaliser still felt inevitable. But after Ferran Torres took his second tumble in the penalty area in the hope of a penalty, and the ball broke to Jesus, the Brazilian could only shoot wide.

A posse of City players surrounded Dean as everyone left the pitch at half-time, complaining about the disallowed goal, or the unawarded penalties or the unfairness of life in general – or probably all three.

The second half began with Mourinho standing on the edge of his technical area, yelling “Press the ball” and “Out” at his players as City picked up where they had left off, camping in the Spurs half.

While Guardiola’s side passed and probed, Mourinho’s men were happy to launch long balls into the channels to relieve the pressure. At times, the contrast in styles was almost comical.

De Bruyne was inches away with a low shot from the edge of the box early in the half, but that was as close as the visitors came.

Alderweireld and Eric Dier made some timely interventions to make sure it stayed that way as Spurs defended for their lives. 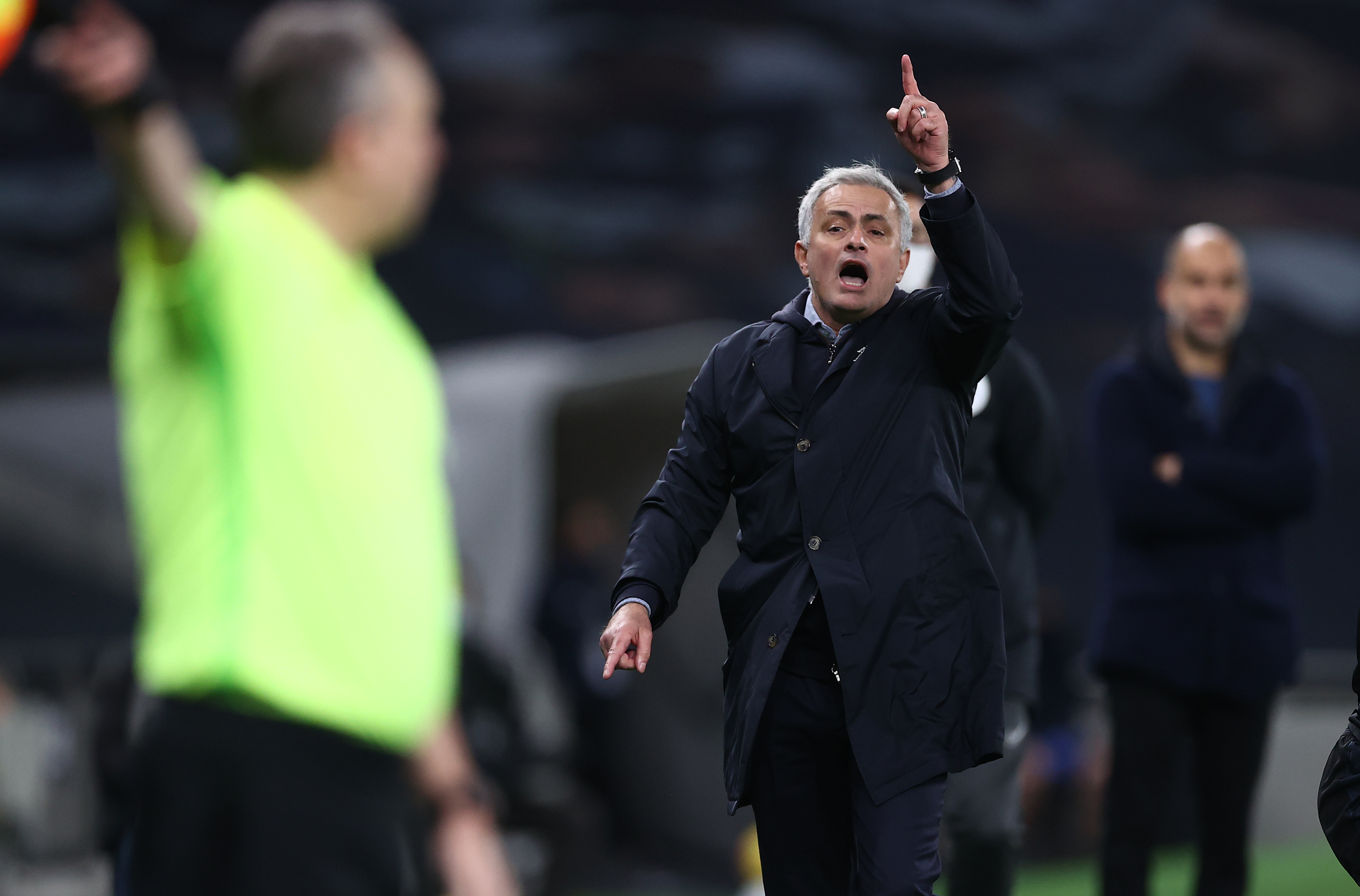 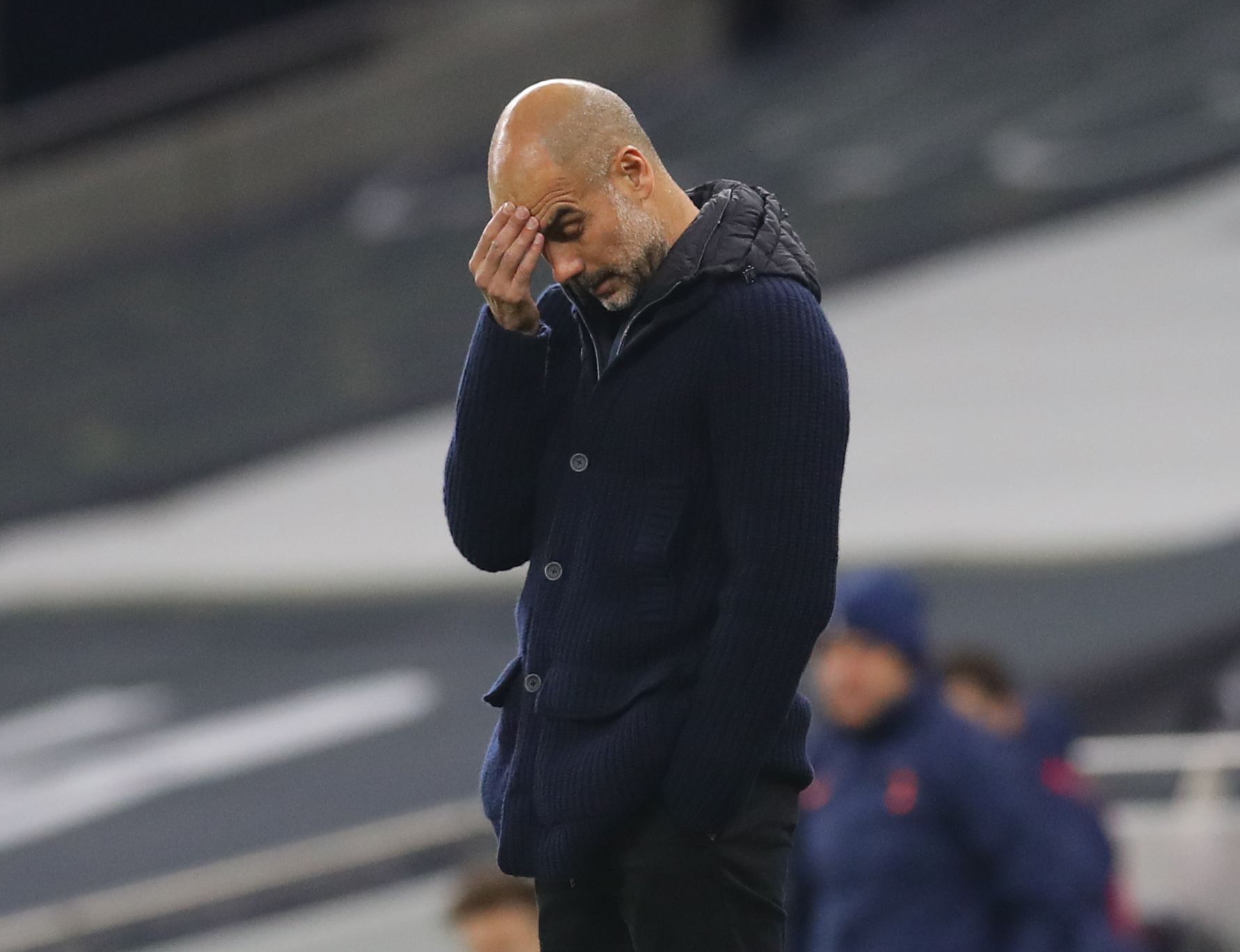 Son had a good chance on the break but the South Korean’s touch to take the ball past Ederson as he burst on to Kane's through ball was too heavy and the chance for a sucker punch was lost.

But not for long. Within seconds of replacing Ndombele, Lo Celso collected another pinpoint pass from Kane and stroked the ball past Ederson.

On came Raheem Sterling and Phil Foden, but too late to change the course of the game. A late Lloris save from Ruben Dias made sure.

There’s still plenty of things that could go wrong for Mourinho and his team, not least injuries to key players like Alderweireld, who had to be substituted.

But in the most open season since Leicester’s title win of 2015/16, why not Spurs?

And why not Mourinho, just when he was supposed to be yesterday’s man?