Barcelona’s Brazil midfielder Arthur, 23, is close to agreeing a £72.5m move to Juventus, with Bosnia midfielder Miralem Pjanic, 30, heading the other way for £54.25m. (Sky Sports)

Spanish winger Pedro, 32, will join Roma on a two-year deal when his Chelsea contract expires at the end of the season. (Sky Sports)

‘He committed a heinous crime, it’s absurd he can be an idol’ 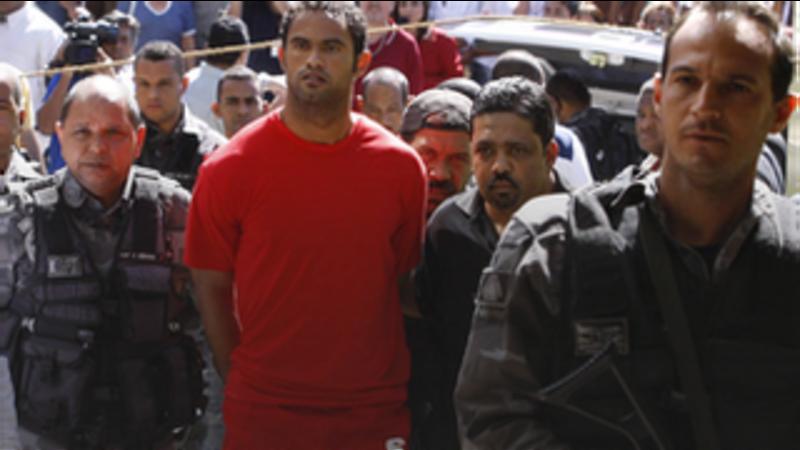 The story of Bruno, the Brazilian goalkeeper imprisoned over kidnap & murder of former lover

Tottenham manager Jose Mourinho has told chairman Daniel Levy he wants five new signings this summer – but Spurs will have to focus on loan deals and free agents. (90min)

Manager Brendan Rodgers has told James Maddison that Leicester is the ‘perfect place’ for him after the England midfielder, 23, was linked with Manchester United. (Leicester Mercury)

Real Madrid’s Colombia winger James Rodriguez, 28, who has one year left on his contract, is still open to a move to Napoli. (AS – in Spanish)

Arsenal and AC Milan are in advanced talks with Red Bull Salzburg over their Hungarian midfielder Dominik Szoboszlai, while Paris St-Germain have also asked about the 19-year-old. (Express)