German international striker Timo Werner’s £52m move from RB Leipzig to Chelsea is being held up by Covid-19 quarantine regulations preventing the 24-year-old undergoing a medical. (The Athletic -subscription required)

Barcelona are reportedly looking at defenders from Tottenham and Chelsea who could be included in a potential swap deal for 27-year-old Philippe Coutinho. (Sport via Mail)

Inter Milan are planning to make a £27m bid this summer for Arsenal right-back Hector Bellerin even though the 25-year-old Spaniard has three years left on his current deal. (Express)

Bayern Munich forward Thomas Muller said he would welcome linking up at club level with Bayer Leverkusen and Germany midfielder Kai Havertz, 21, who is tipped with a move away from Leverkusen this summer. (Metro)

The agent of Bayern Munich midfielder Corentin Tolisso has denied reports he has held talks with Manchester United over a transfer for the 25-year-old Frenchman. (Standard via Sky Germany)

Midfielder N’Golo Kante, 29, could be sold to Real Madrid by Chelsea this summer in order to raise transfer funds. (Express)

No masks and no ballboys 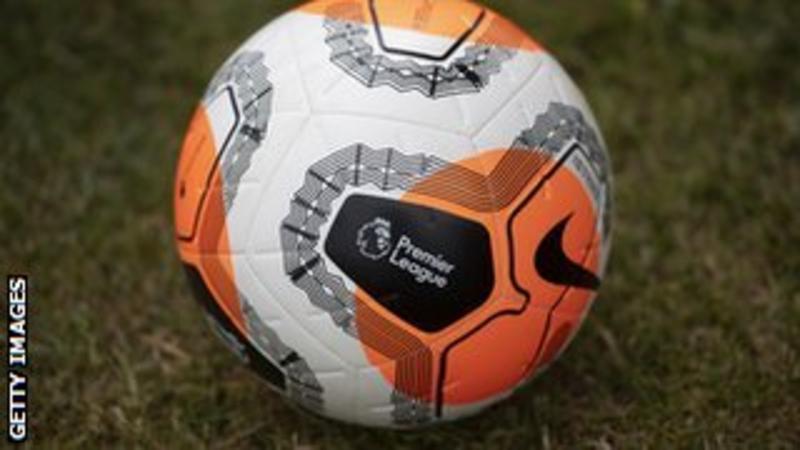 How will Premier League football look when it returns?

Chelsea’s planned summer transfer spending is set to be boosted by £13.5m thanks to the sale of 25-year-old midfielder Mario Pasalic to Atalanta where he has been on loan for the last two years. (Football London)

Wolves have become the latest Premier League club to show an interest in 22-year-old Rennes defender Axel Disasi and have put in a £13.5m bid for the Frenchman. (L’Equipe – in French)

Tottenham are increasingly confident of agreeing a new contract with midfielder Eric Dier this summer, before the 26-year-old enters the final year of his deal. (Football Insider)

Liverpool have been linked with a move for Roma midfielder Nicolo Zaniolo but despite being keen to get rid of some of their high earners, the Serie A club are not keen to sell the 20-year-old. (Tuttosport)

Barcelona midfielder Arturo Vidal insists he is just focusing on his football and not thinking about a possible move away from the Nou Camp as the 33-year-old Chilean enters the final year of his contract. (Mundo Deportivo – in Spanish)

Arsenal target Thomas Partey wants to remain at Atletico Madrid on increased wages amid speculation over his future. The Ghanian midfielder has a £45m release clause in his contract. (Mundo Deportivo – in Spanish)