Home » Lifestyle » Twelve of Britain's most beautiful lakes and lochs

Twelve of Britain's most beautiful lakes and lochs

Water a sight to behold! 12 of Britain’s most beautiful lakes and lochs, from a setting for the Harry Potter movies to a gem described as ‘one of the most beautiful places in the world’

Britain might not boast the longest, the widest or the deepest lakes in the world.

But as these stunning pictures show, it can stake a claim to having some of the most beautiful.

The incredible images are MailOnline Travel’s pick of 12 of the loveliest lakes from across the United Kingdom.

Some are instantly recognisable, such as Windermere, the Lake District’s ‘most famous and popular’ lake, and Loch Shiel, a mighty body of water that appears in the Harry Potter movies.

In Wales, where lakes are known as llyns, there’s Llyn y Fan Fach, which stands in the shadow of the Black Mountain in the Brecon Beacons, while Northern Ireland has Lough Erne, which has more than 150 islands ‘floating in its inky blue waters’. 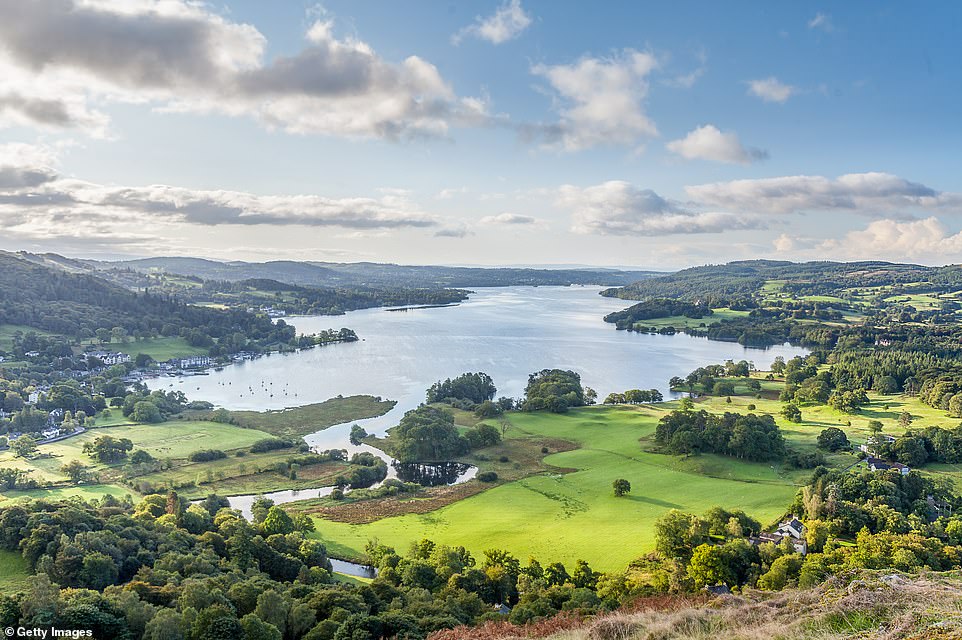 Measuring 5.69 square miles, Windermere is the largest natural lake in England. The body of water has 18 islands, with the largest, called Belle Isle, being home to an 18th-century Italianate mansion. According to the Lake District National Park website, Windermere and its surrounding area is ‘arguably the most famous and popular area in the whole of the Lake District’. The busiest place along the shoreline of the lake is the village of Bowness-on-Windermere, where tourists can hop on boat rides and enjoy sailing and watersports. This view of the northern end of Windermere was taken from Loughrigg Fell 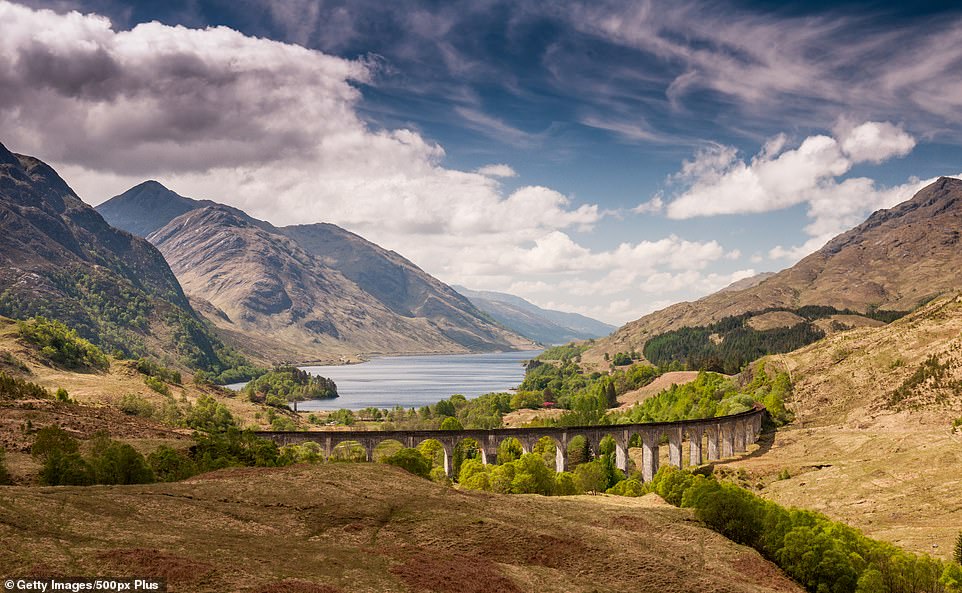 Harry Potter fans should recognise Loch Shiel, a narrow lake west of Fort William in the Scottish Highlands. That’s partly because the Glenfinnan Viaduct, on the West Highland Railway Line, sits at one end. Yes, it’s the Hogwarts Express viaduct – and the loch appears as a backdrop to Hogwarts itself. One visitor to the loch wrote on Tripadvisor: ‘With beautiful places to stop, gorgeous views and stunning scenery, Loch Shiel is a destination all should visit at some point when in Scotland’ 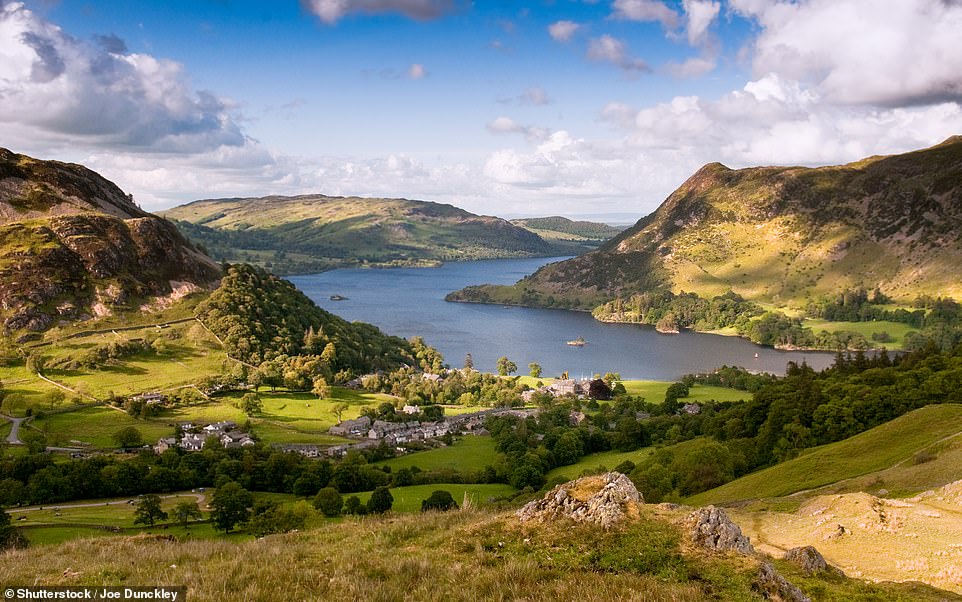 Behold Ullswater, the second largest lake in England’s Lake District, with a surface area of just over three square miles. Its thin, long and deep dimensions mean it’s known as a ribbon lake. Its beauty inspired William Wordsworth, who is said to have written his poem Daffodil after gazing upon flowers around the shore. During the Second World War, mini-submarines, naval craft and flying boats were tested on the lake. And in 1955, Donald Campbell set a world water speed record on the lake when he reached a top speed of 202.32 mph in his jet-powered vessel 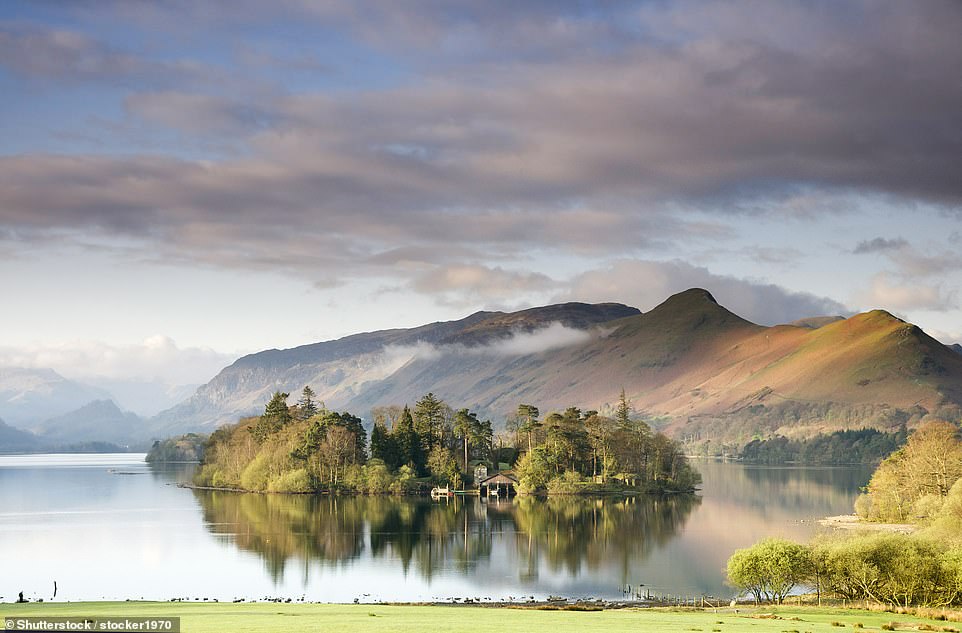 Derwentwater, to the south of Keswick in Cumbria, has four main islands – Lord’s Island, Derwent Island, St Herbert’s Island and Rampsholme Island – that are all owned by the National Trust. According to Visit Cumbria, the lake ‘is very much a landscape of moods, varying from the dramatic waves splashing against Friar’s Crag when driven by southerly gales, to the absolute mirror-calm of early mornings’ 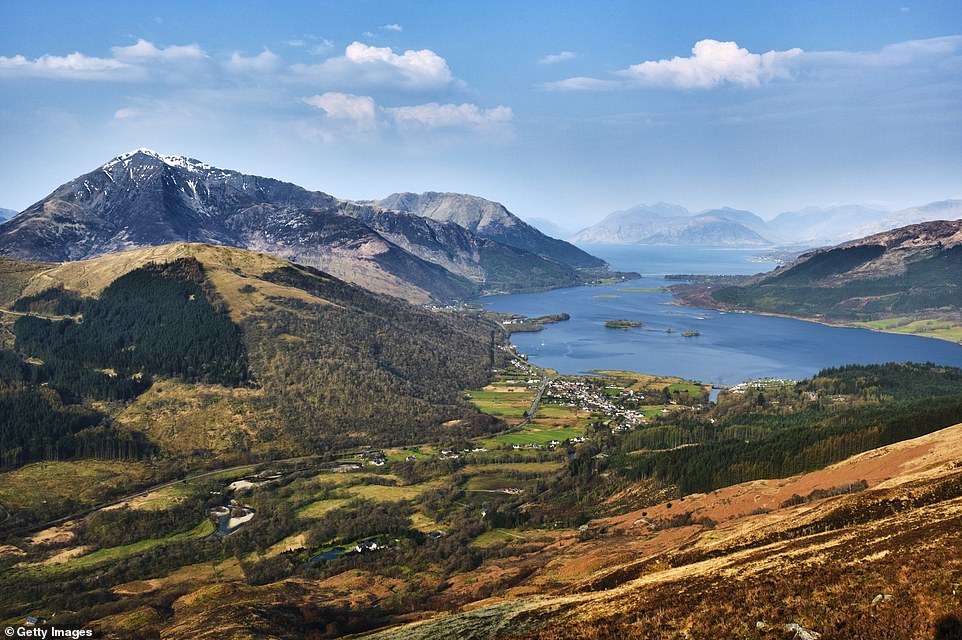 Epic, eh? This is the 3.7-mile-long freshwater Loch Leven, located to the east of the town of Kinross. It has seven islands, including one that is home to Lochleven Castle, where Mary, Queen of Scots was imprisoned and forced to abdicate as queen in 1567. On the southern shore of the loch is the Loch Leven Nature Reserve. Here, visitors might get a chance to see ospreys fishing in the summer. While in the autumn, the reserve becomes the home of up to 20,000 pink-footed geese, which fly in from Iceland 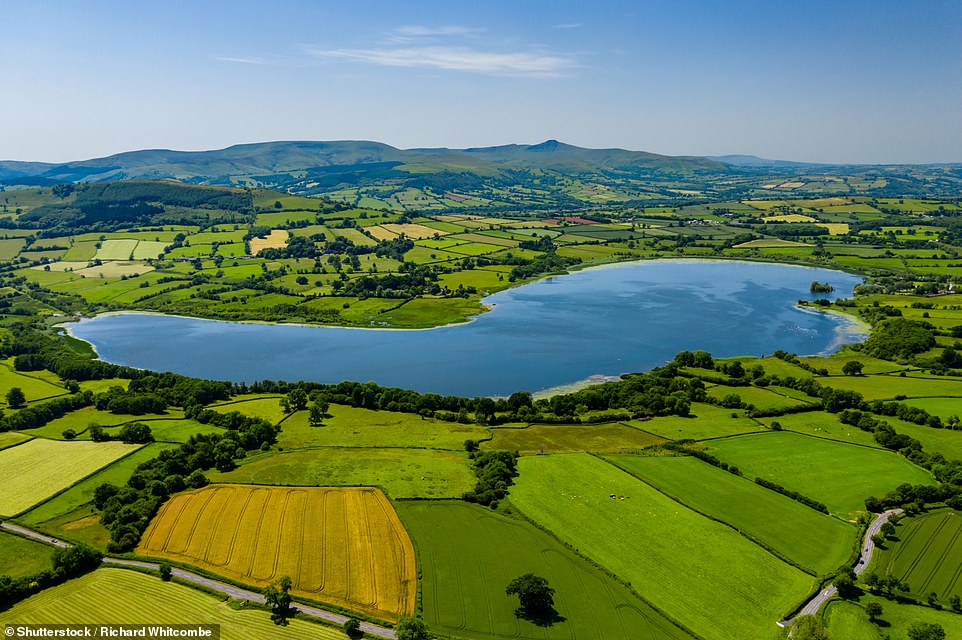 Llangorse in the Brecon Beacons National Park is ‘surrounded by a patchwork of green hills, fields, meadows and hedgerows’ and is ‘a truly beautiful spot and a lovely place to sail or paddle’, according to the park’s website. Llangorse harbours a small artificial island called a crannog – around 130ft from the shore – made of oak, willow and hazelwood. It is believed to date back around 1,000 years and was probably the site of a royal palace 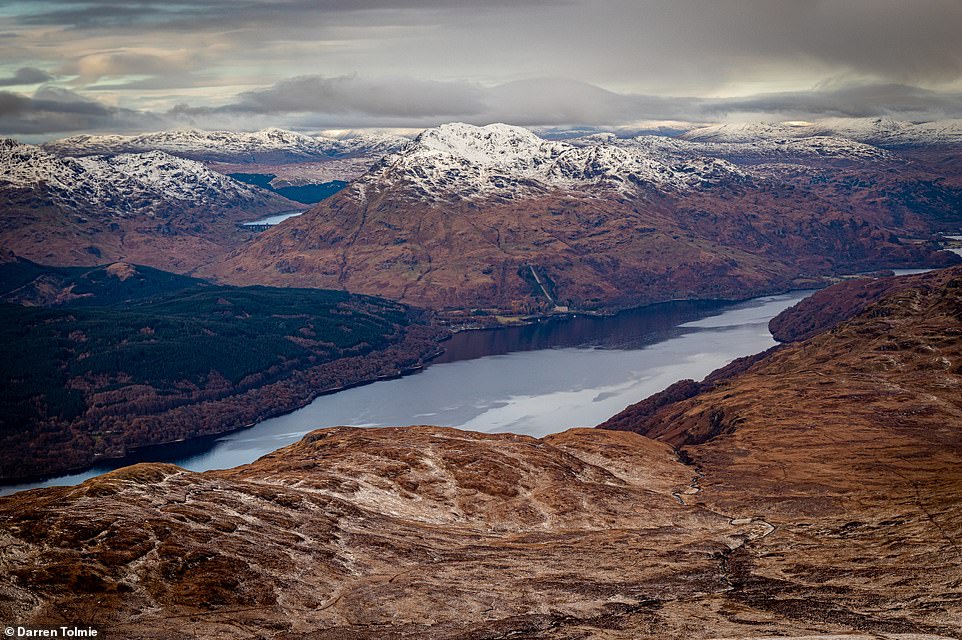 Loch Lomond is the largest lake by surface area on mainland Britain, covering 27.5 square miles, and is often considered to be the boundary between the lowlands of Central Scotland and the Highlands. The loch has 22 islands and 27 islets, with most of the named islands having the prefix ‘inch’, which means ‘island’ in Gaelic. Visit Scotland says: ‘If you agree that there is nothing more pleasant than an afternoon on the water in a boat then Loch Lomond is the place for you. Every kind of watercraft and water lover can be seen cruising about on the waters.’ This picture is courtesy of Darren Tolmie 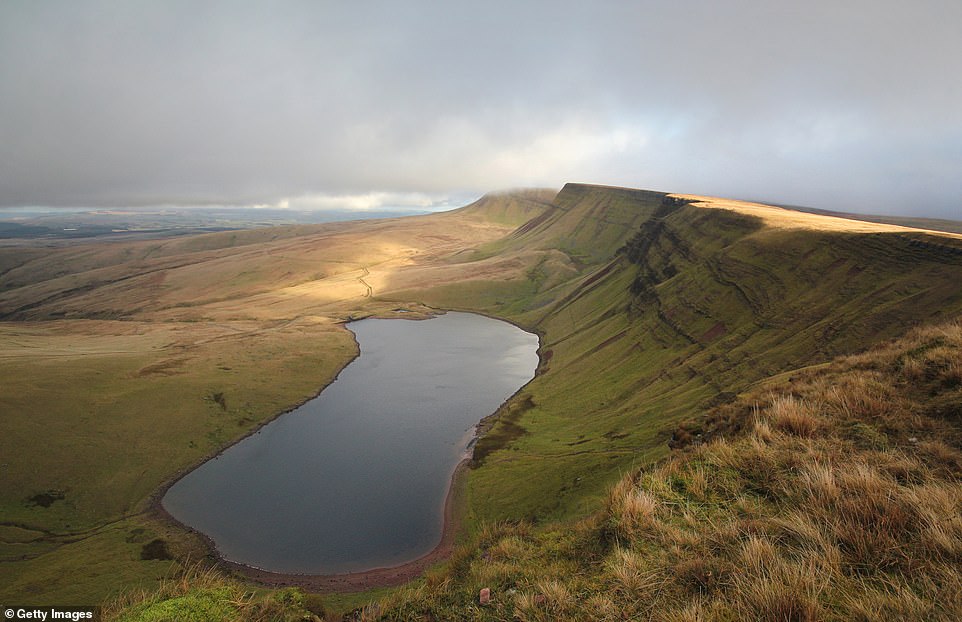 The Welsh lake of Llyn y Fan Fach can be found in the shadow of the Black Mountain of Carmarthenshire in the Brecon Beacons National Park. Llyn y Fan Fach translates into English as ‘lake of the small hill’. It is a popular spot for wild swimming 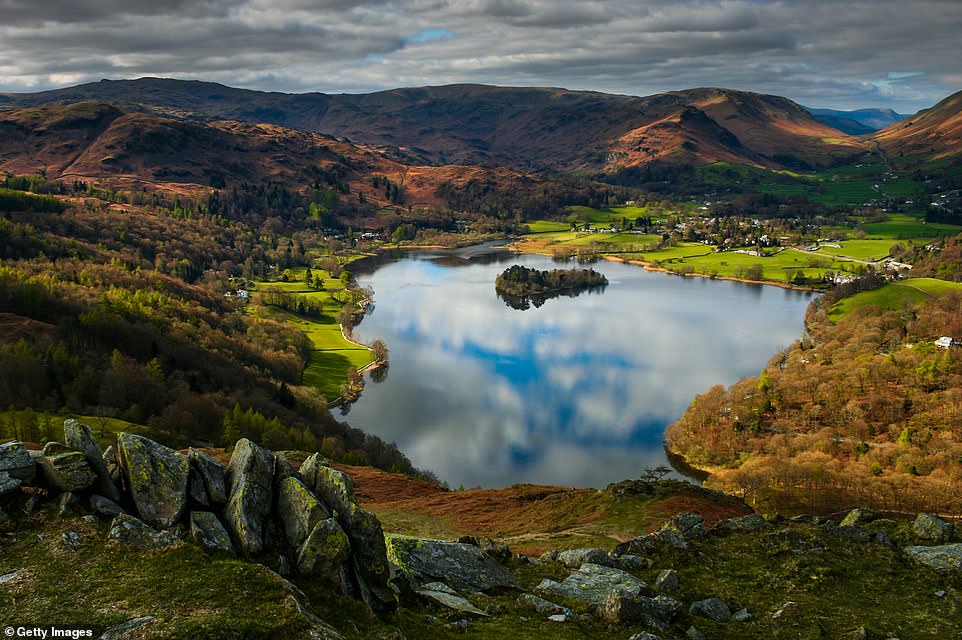 Grasmere is small, but intensely beautiful. No motorboats are allowed on this Lake District gem, but the Lake District National Park website says it is ‘great for swimming, kayaking and rowing’. One visitor to the lake wrote on Tripadvisor: ‘Grasmere might not be the largest area of water in the Lake District, but there’s something about the area that is impossible to resist whatever the weather and whatever the time of year’

Lough Erne, in County Fermanagh, Northern Ireland, consists of two parts – the shallow and smaller Upper Lough Erne, pictured, and the larger Lower Lough Erne. The two are connected by the River Ern. The lough has more than 150 islands and the Tourism Ireland website says: ‘You wouldn’t be the first to fall in love with these pockets of land floating in the inky blue waters of both Upper and Lower Lough Erne. Ancient Celts, Christian monks and marauding Vikings have all left their mark on the islands here, with medleys of pagan rocks and crumbling churches charting their journeys over the centuries’ 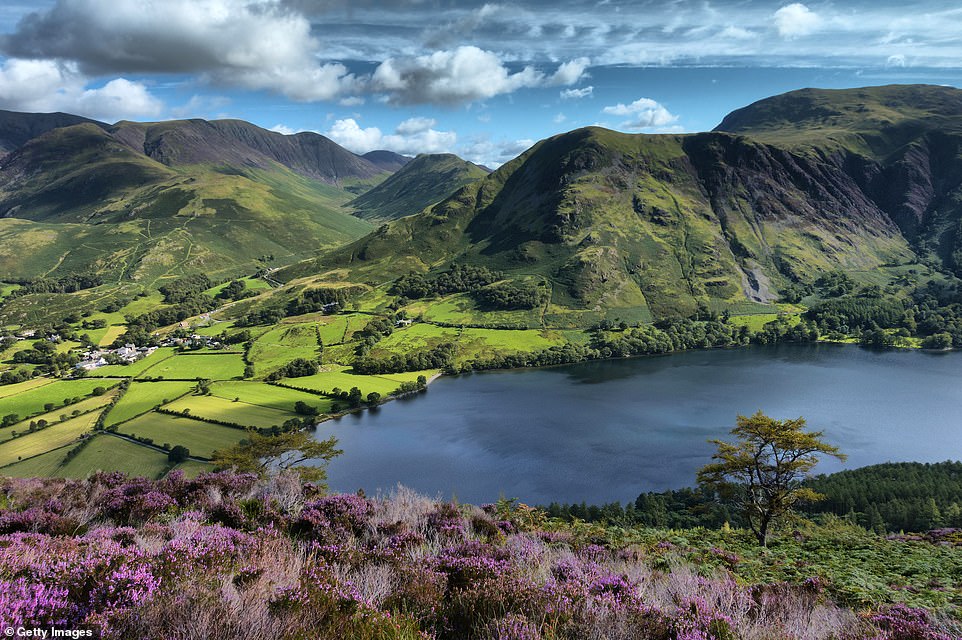 Popular with visitors since tourism began in the Lake District, four-mile-long Buttermere pulls in the crowds thanks to its ‘classic combination of lakes and mountains’, says Visit Cumbria. One visitor who had a stroll around its circumference wrote on Tripadvisor: ‘Buttermere is one of the most beautiful places in the UK if not the world’ 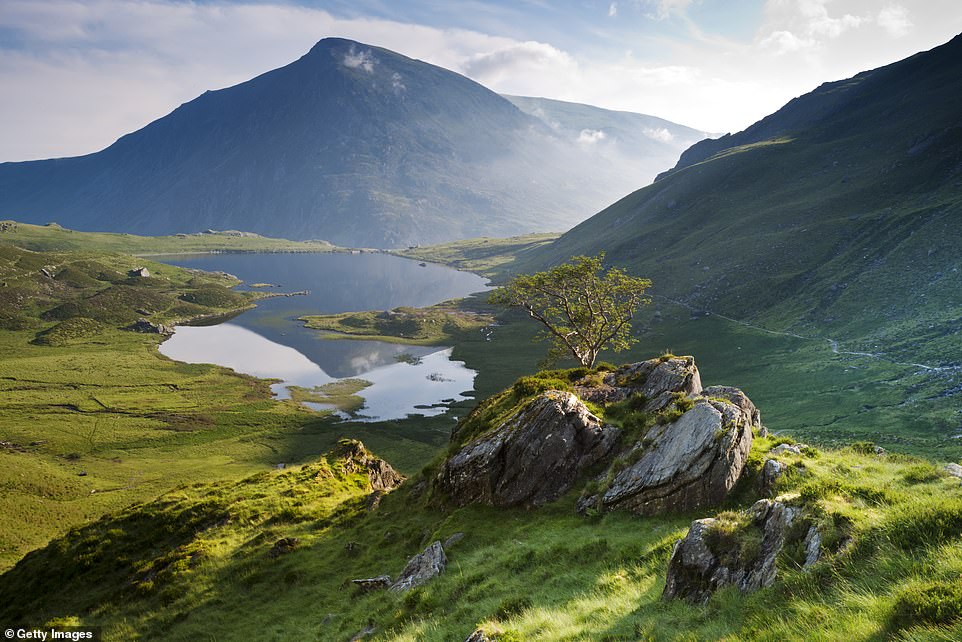 Llyn Idwal is a small glacial lake in the Cwm Idwal Nature Reserve in the Glyderau mountains of Snowdonia National Park. According to Visit Wales, the cwm or basin ‘forms an amphitheatre behind Llyn Idwal and this makes the reserve one of the finest places to see how glaciation and the subsequent retreat of the glaciers affected and shaped this kind of dramatic landscape’