The son of sacked former Sony Music Australia chief executive Denis Handlin and the local director of human resources have been placed on indefinite leave as the music company continues its investigation into workplace culture.

Handlin’s son Pat Handlin, who is Sony Music Australia’s vice president of artists and repertoire (A&R), and Mark Stebnicki, the senior vice president of strategy, corporate affairs and human resources, have been stood down, staff were told during a meeting on Tuesday. 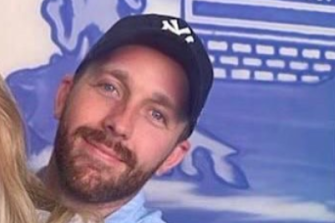 The news comes a day after Denis Handlin was fired, 51 years after he started at the Australian Record Company before it became Sony Music and 37 years after he was appointed chief executive.

Last week, this masthead revealed that Sony Music’s global head of human resources, Andrew Davis, had initiated a confidential investigation into the workplace culture of its Australian office.

On Sunday, it was revealed Sony Music had expanded the investigation and engaged external counsel. On Monday, the company’s global CEO, Rob Stringer, announced in an email to staff that Denis Handlin had been dismissed.

The Sydney Morning Herald and The Age do not suggest Denis Handlin, Pat Handlin or Stebnicki have been accused of any wrongdoing as part of the ongoing investigation. 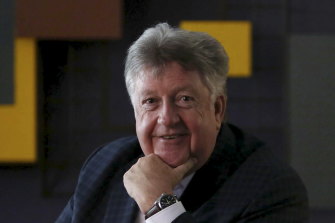 Sony Music Australia’s long-time chief Denis Handlin is out amid a probe into a culture of harassment at the company.Credit:Sasha Woolley

Pat Handlin, one of Denis Handlin’s six children, joined Sony Music Australia in 2006 as an intern and became an A&R scout in 2008, the same year he spent time at Colombia Records in the US on an internal secondment program. By 2013, he had been promoted to director of A&R before he was moved into a senior A&R role with Simon Cowell’s Syco Label, owned by Sony Music, in London.

He returned to Australia in 2018 and was promoted to vice president of A&R where he was responsible for Justice Crew’s hit Que Sera and shepherded the careers of several high-profile Australian artists. He is engaged to Sony artist Samantha Jade.

Stebnicki has worked at Sony Music Australia for more than 14 years after he started as a business and human resources advisor. He was promoted several times during his time at the company including to his current role in June last year.

Denis Handlin’s dismissal on Monday has sent shockwaves through the Australian music industry. Several senior industry figures, who spoke to this masthead on the condition of anonymity, said Sony Music had made the right decision to act swiftly.

“They’ll need to start talking to people internally, and do what’s right for the business at this point, take some trusted viewpoints and not rush into a bad decision which could be potentially damaging for the business, particularly because they have so many eyeballs on the story right now,” one former label boss said.

“For sure they will be taking a view if there is anyone internally who is right for the role, sometimes it’s better to bring a new person in, particularly in a situation they find themselves in right now.”

The fallout was still being processed at Sony Music’s Darlinghurst headquarters on Tuesday.

“I think some of us are feeling a little let down by everything… and I think it gives us some hope that there might be change in the future,” one senior executive, who asked to remain anonymous as they were not authorised to speak publicly, said.

Sony Music is yet to announce a replacement for Denis Handlin or any immediate plans for the management of the Australian arm of the company.