Tyler Perry challenged critics to see merits in his work through a loaded metaphor at Sunday’s Primetime Emmy Awards. Perry and his eponymous foundation were awarded the Television Academy’s 2020 Governor’s Award.

Despite the fact he has developed more than 22 feature films, 20-plus stage plays, 13 television shows and built his own studio facility, the award is his first recognition by the institution. In October 2019, the media mogul stated that his work is routinely dismissed by those in mainstream entertainment industry.

“When I was about 19 years old, I left home and my grandmother gave me a quilt…I didn’t really care for it,” revealed Perry.

“I had no value in it at all. When the dog got wet, I dried him off with it, I had no respect for this quilt,” he added. 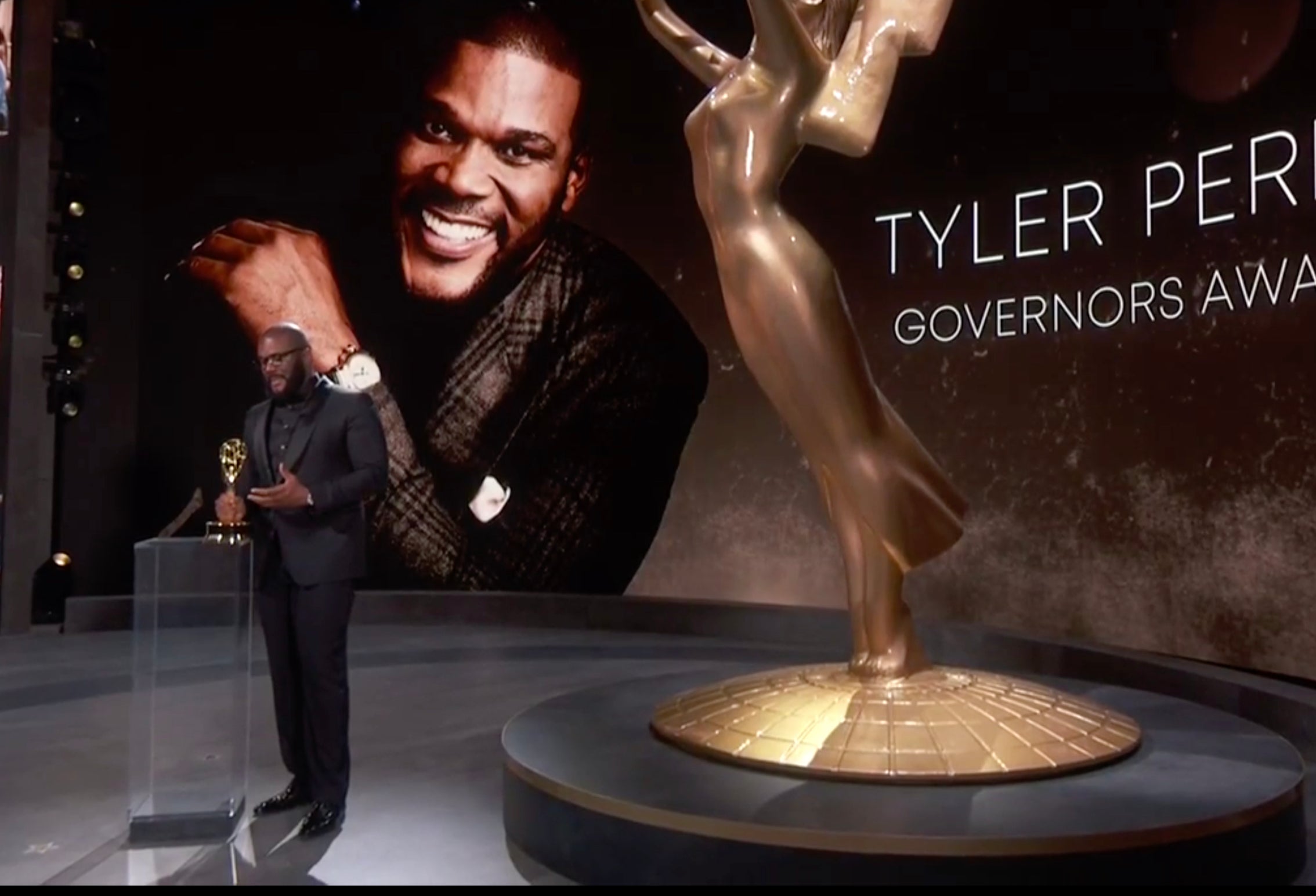 Perry explained that once he learned the history of the type heirloom his grandmother had handed him, he began to hold it in a higher regard. After seeing an eerily similar item on display at an antique store he asked about its origin.

“It was made by an African-American woman, who was a former slave,” he learned from the antique story worker. “Each patch in the quilt she put in represented a part of her life. One part was from a dress that she was wearing when she found out that she was free. Another part was from her wedding dress.”

The philanthropist became ashamed of how he had failed to cherish his grandmother’s gift.

“I became so embarrassed. I didn’t even recognize the value in my grandmother’s quilt. I dismissed her work and her story because it didn’t look like I thought it should,” he said pointedly.

He compared the different approach of storytellers to the sewing of a variety of uniquely formatted quilts. “Whether we know it or not, we’re all sewing our own quilts with our behaviors, our experiences and our memories,” he said. “All coming together to add patches to a quilt that is as diverse as it can be.”

Perry advised the the industry to “know the value of every patch and every story and every color,” before hinting at the progress that could be achieved by doing so.

“In my grandmother’s quilt there were no patches that represented Black people on television, but in my quilt her grandson is being celebrated by the Television Academy. I thank you for this. God bless you,” he concluded.