Home » Lifestyle » Tyra Banks: It Will Be a ‘Challenge’ to Replace Tom and Erin on ‘DWTS’

Tyra Banks: It Will Be a ‘Challenge’ to Replace Tom and Erin on ‘DWTS’

A tough act to follow. Tyra Banks got real about replacing Tom Bergeron and Erin Andrews for season 29 of Dancing With the Stars during an exclusive interview with Us Weekly.

“I think the challenge is stepping into shoes. I mean, you know, Tom Bergeron and Erin. They lead the show, this is one of the top-rated shows in the world,” the 46-year-old host told Us. “So [I’m] respecting the stage that they have set and then adding my icing to that. I feel confident about that, but of course, it’s a challenge, but I don’t back away from challenges.” 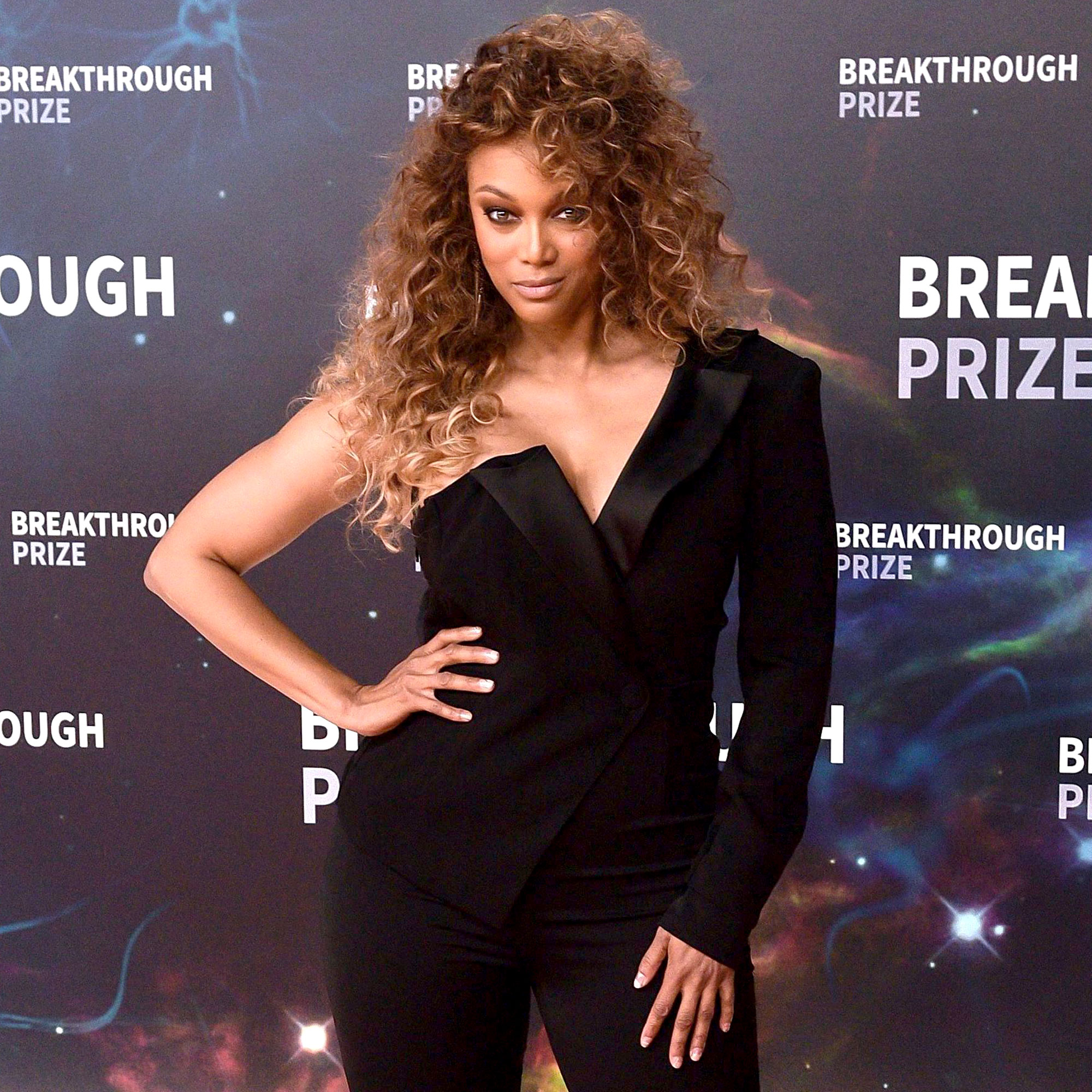 Banks added that she feels confident in her ability to host a live show.

“I love when something wrong happens because the world can see, like , the imperfection,” the ModelLand author said. “I always say ‘Show the mishaps and the malfunctions and the mistakes.’”

News broke in July that the  America’s Next Top Model creator was taking over for Bergeron, 65, and Andrews, 42. The America’s Funniest Home Videos alum had been part of the ABC reality show since its 2004 debut, while the sportscaster joined in 2014 after competing on the show.

“I think change is inherent in life,” Banks told Us about the switch-up. “Change is one of the most difficult things, like, scientifically proven to accept change from your kid, you know, empty nest syndrome and you’re a kid leaving the house or changing jobs or changing a host of a show that you liked. These are like the things that are like, ‘Ah, but I think the important thing is to say, ‘You know what? Let me check this out. This is what I have no problem with.’ 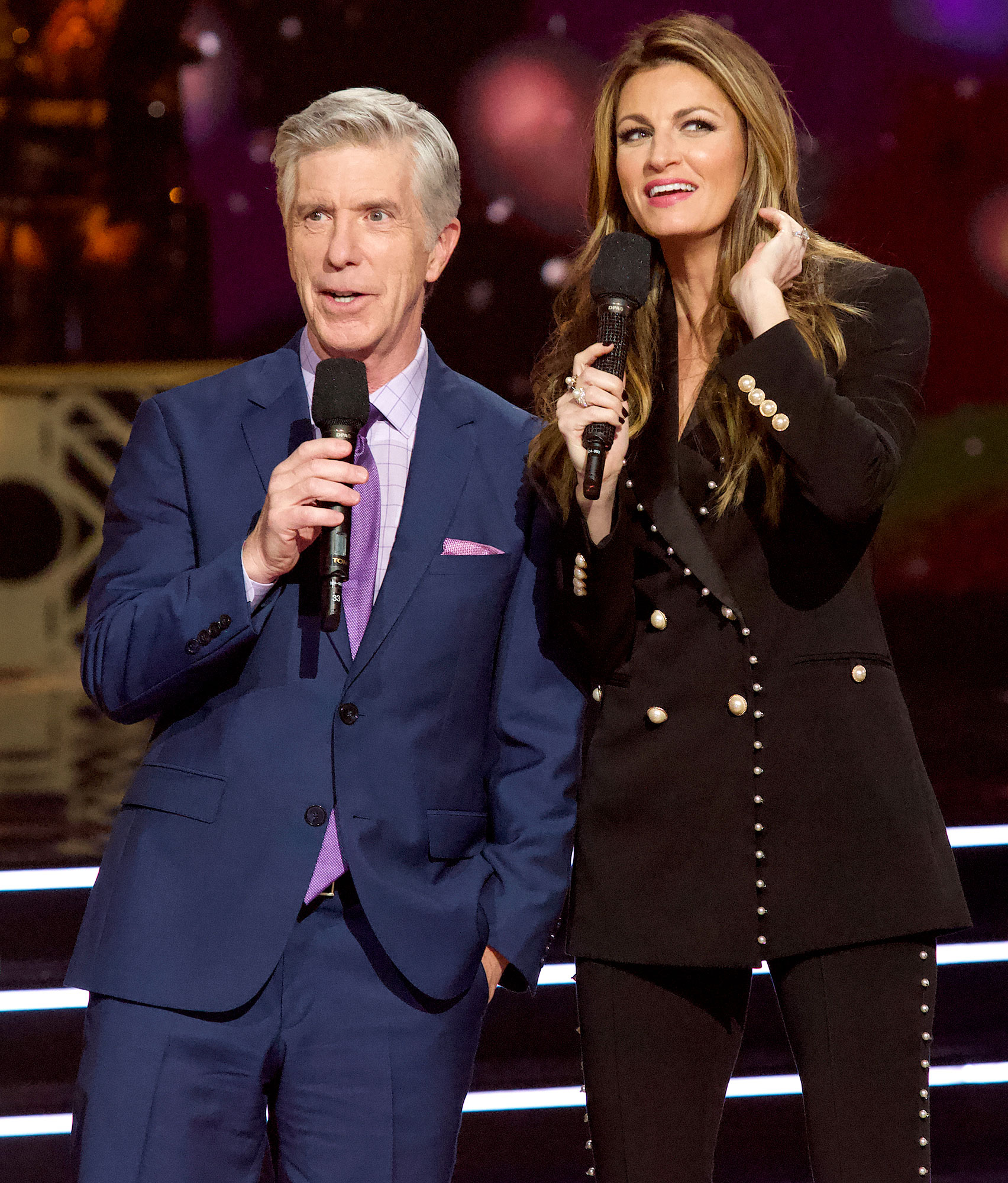 She continued: “It’s just a part of how I’m made. I tend to prefer a challenge. Oftentimes a wind has been at my face. I’m just kind of used to that and so it’s my job to show everybody that I can do this so that I can entertain you. And that I could give you the show that you love with some ice cream sprinkles on top that you didn’t even know that you wanted.”

While Banks noted that she hasn’t heard directly from Bergeron or Andrews, she has seen their reactions to her casting on social media.

Everything to Know About ‘DWTS’ Season 29

“I haven’t heard from them specifically. However, I do have to tell you, Tom Bergeron, that I feel like you speak to me through Twitter,” she quipped to Us. “And I’ve enjoyed that so much and he made a really beautiful, highly intelligent, ‘cause [the] man’s genius, highly intelligent. And on Twitter, he said something like, ‘Well, it looks like they’re not going to return my monogram towels.‘ You know, that’s a deep joke. You got to go two levels down and go,” she said, explaining that the two have the same initials. My tweet wouldn’t go through. It just wouldn’t go through for hours and hours. And then after a while, I just gave up. And then later I found out that it was the day that Twitter was hacked.”

For more from Banks — including which contestant she has her eye on — watch the video above.

Dancing With the Stars premieres on ABC Monday, September 14, at 8 p.m. ET.