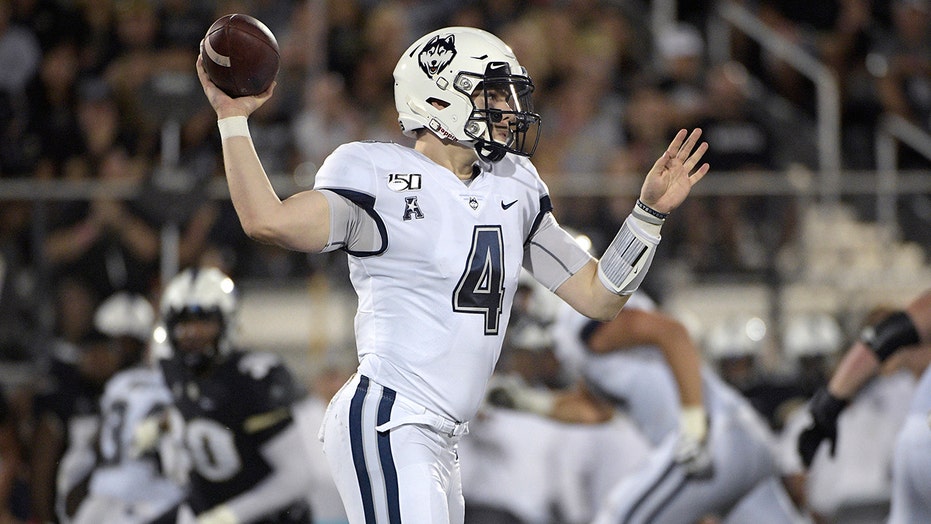 The University of Connecticut announced Wednesday morning that it has put its 2020-2021 football season on hold as a result of the coronavirus pandemic.

UConn is the first school in the FBS to cancel its season, a decision that the student-athletes were seemingly for.

"After receiving guidance from state and public health officials and consulting with football student-athletes, we've decided that we will not compete on the gridiron this season," director of athletics David Benedict said in a statement on the school’s website. "The safety challenges created by COVID-19 place our football student-athletes at an unacceptable level of risk."

He continued: “Ultimately, the student-athletes would rather preserve their year of eligibility with an eye to competing under more typical circumstances during the 2021 season."

JAGUARS’ GARDNER MINSHEW ON BEING PLACED ON THE COVID-19 LIST: ‘IT TOOK ONE LOOK AT ME AND RAN THE OTHER WAY’

Head coach Randy Edsall also said it was the concern of the athletes that ultimately led to the school's decision to suspend the season.

“We engaged and listened to the concerns of our football student-athletes and feel this is the best decision for their health, safety, and well-being," Edsall said, according to the school’s website. "Our team is united in this approach and we will use this time to further player development within the program and gear ourselves to the 2021 season."

The Huskies played their final season in the American Athletic Conference last year, going 2-10 before the pandemic struck in the offseason. The football program was to play an independent schedule while all other sports, excluding men’s and women’s ice hockey and rowing, join the Big East, ESPN reported.

Student-athletes on the football team will remain enrolled in classes as full-time students, and while they will not compete this year, the school will give them access to facilities and other support services “in accordance with NCAA rules.”