UFC legend Donald Cerrone has shot down retirement talk and insists he will only quit when he wants to.

The 37-year-old is going into Saturday’s welterweight clash with Niko Price on the back of a four-fight losing streak. 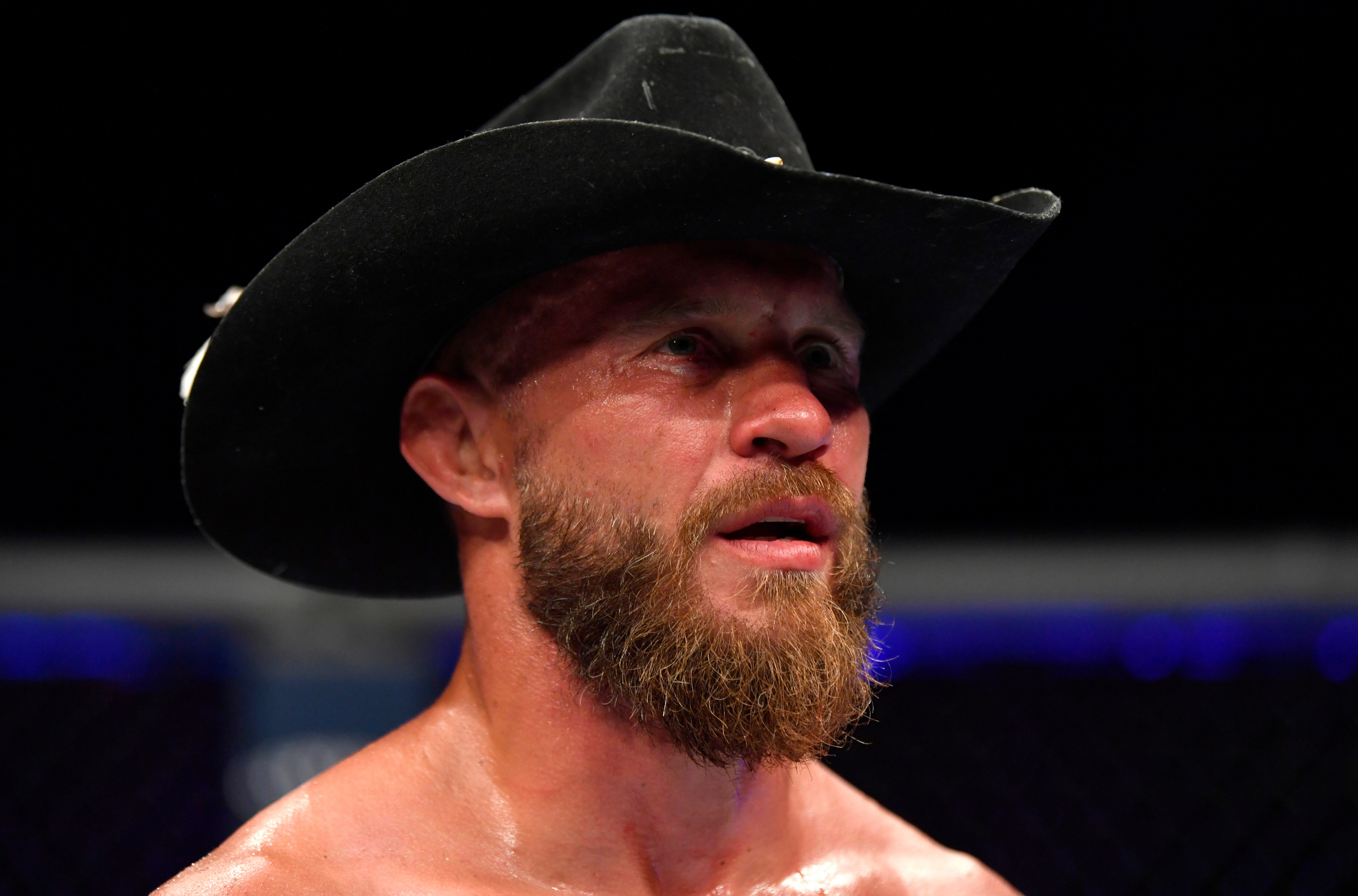 He suffered TKO defeats to Tony Ferguson and Justin Gaethje in 2019 before he was knocked out after just 40 seconds by Conor McGregor in January.

The American attempted to bounce back from that at UFC 249 in May but failed to get the decision as he tasted another loss against Anthony Pettis.

The octagon veteran (36-15 MMA, 23-12 UFC), who holds the record for most bouts and wins in UFC, is on the worst run of his distinguished career.

And as he faced the media ahead of UFC on ESPN+ 36, it prompted questions about how much Cerrone had left.

But Cowboy came out firing and said the thought of retirement has been nowhere near his mind when quizzed about quitting.

He responded: “Hell no. No. Not even in my train of thought. Wrong question.”

Cerrone will no doubt be entered into UFC’s Hall of Fame in the not too distant future but he knows his current run of form cannot continue if he is to go on fighting for Dana White.

He said: “I would like to say yeah (UFC will keep me forever), but also on the same breath, how many – I don’t even want to think about losing again because it could happen.

“I’ve trained my a*** off, I’m ready to rock and roll. I’m planning on being here for a long time.

“I’m going to leave when I’m done. I don’t ever want the walking papers.

“I don’t ever want to have them call my manager and release me, that would totally suck.

And the passionate Cerrone added: “All the naysayers, all those people who say, ‘You’ve lost four in a row, you don’t belong you should be retired’ – I don’t give a ****.

“This one’s just for me. I get to look myself in the mirror Saturday morning and go like, ‘Let’s go, baby.’ This is for you.

“I get to have all the fun I want with no expectations, no must-wins, no must-dos. No nothing.

“Just fight my fight and do what I do and love every second of it and have fun and enjoy it.

“That’s how I’m going to be victorious no matter how the fight goes for me. There’s no wrong way this fight can go.”