TONY FERGUSON and Justin Gaethje are reportedly set to headline a bumper UFC event next month.

Dana White is targeting a return to business with a blockbuster fight card on May 9. 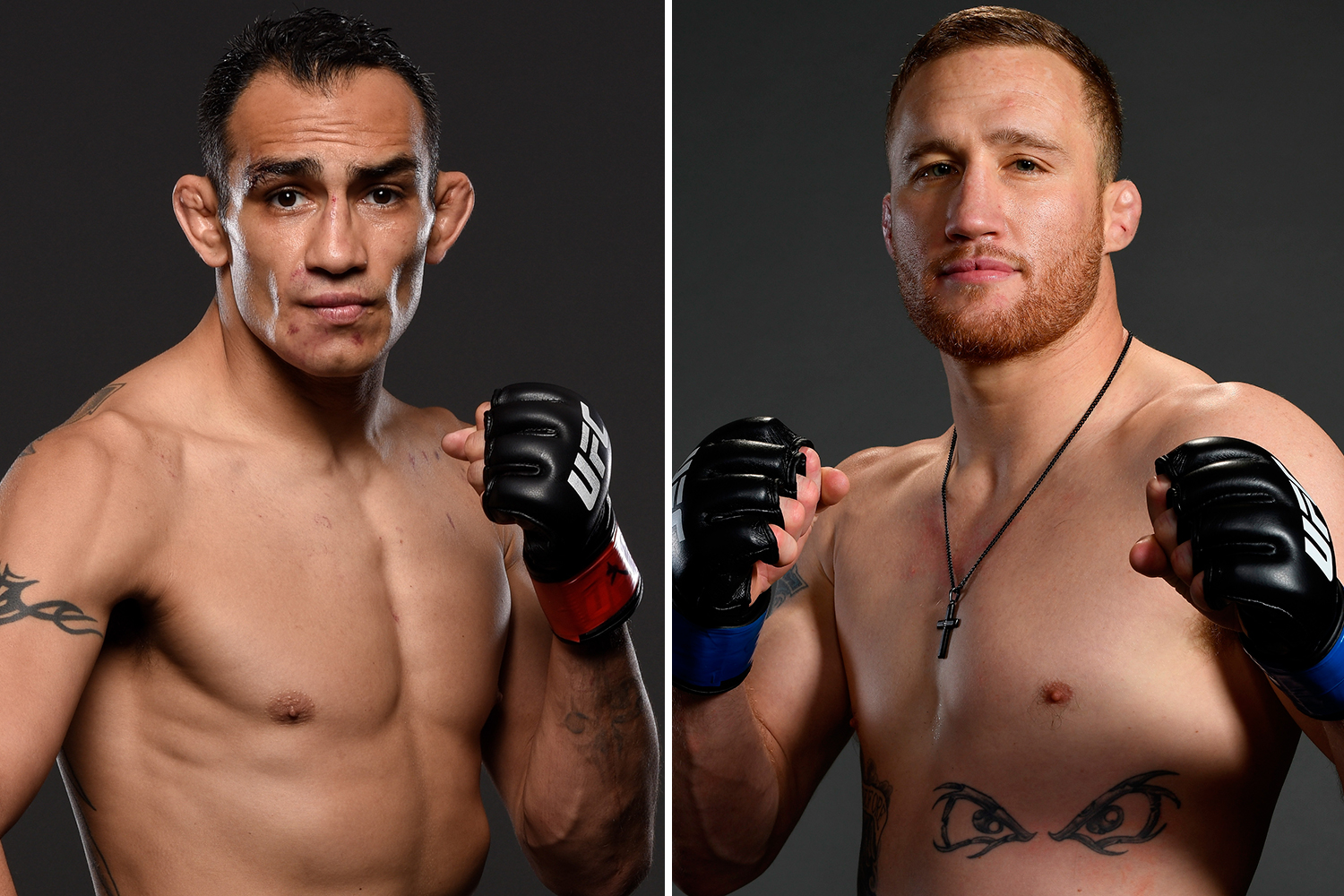 And ESPN claim the rescheduled showdown for the interim lightweight title will headline it.

UFC president White confirmed last week he had been shut down at the “highest level” by broadcaster partner ESPN and its parent company Disney.

That scuppered his hopes of pushing on with UFC 249 at the Tachi Palace casino on April 18.

His planned event for this Saturday, that he hoped to hold on tribal land outside Fresno in Northern California, would have allowed him to avoid the limitations on live sport caused by the coronavirus outbreak that were imposed by governor Gavin Newsom.

However, ESPN’s Brett Okamoto reported last night that White is determined to get UFC’s schedule up on running on May 9 at a venue yet to be confirmed.

Following the cancellation of UFC 249, the chief was adamant it would not affect his plans to hold shows on a private “Fight Island” that he has already begun installing infrastructure on.

And he wants the Ferguson vs Gaethje bout to take place at the bash – which had already replaced UFC 249’s original main event between lightweight champ Khabib Nurmagomedov and Ferguson after the Dagestani was stranded in Russia amid the Covid-19 pandemic.

Ferguson has allegedly already agreed it to it, with a number of other fights also being planned.

They are also trying to book a bantamweight title bout between holder Henry Cejudo and Dominick Cruz.

And a featherweight championship showdown between Amanda Nunes and Felicia Spencer is also planned.

A number of bouts have already been agreed, but others still need to be finalised.