A couple that allegedly boarded a United Airlines flight to Hawaii despite knowing they were infected with COVID-19 has been banned from the airline, United confirmed to FOX Business.

Wesley Moribe, 41, and Courtney Peterson, 46, were arrested Sunday after officials say they boarded a connecting flight from San Francisco to Kauai, Hawaii, after testing positive for the virus while returning home from international travel. The couple was also traveling with a 4-year-old child, the Kauai Police Department said.

Stocks in this Article

COUPLE WITH CORONAVIRUS ARRESTED FOR BOARDING FLIGHT TO HAWAII: REPORT

"We have banned these customers while we investigate this matter," United Airlines told FOX Business, adding that the health and safety of its employees and customers is the airline's "highest priority."

The couple took a COVID-19 test in Seattle after returning from abroad and then received positive results after the flight bound for San Francisco had taken off, according to police. 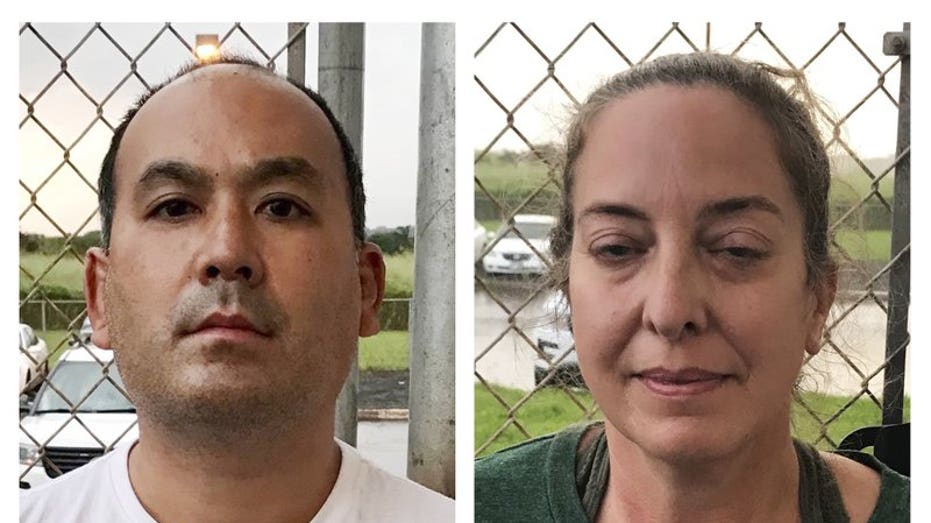 “The test taken in Seattle returned positive, but the couple was already en route to San Francisco,” a Kauai police spokeswoman said. “Officials notified the couple of positive test results and directed them to isolate.”

However, the couple, who are residents of Wailua on the island of Kauai, decided to continue home after their layover in San Francisco.

The Kauai District Health Office notified the public Sunday of the two new travel-related cases of COVID-19. According to the department, additional cases brought the number of on-island active cases to 17, with 131 cumulative cases.

The airline noted that it has implemented a "multi-layered approach to create a safer travel environment" for passengers and crew members during the pandemic. Part of this approach includes mandating that everyone–passengers and employees–wear masks onboard.

The airline also says that all United customers are required to complete a "Ready to Fly" checklist. The checklist, which is based on recommendations from the Cleveland Clinic, asks customers to confirm they have not been diagnosed with COVID-19 in the 21 days prior to flying and have not experienced any virus-related symptoms within 14 days of their scheduled flight.

The couple was released after each posted $1,000 bail. The child was released into the care of a family member and the Child Protective Services division of the state Department of Human Services was notified.

“They knowingly boarded a flight aware of their positive COVID-19 test results, placing the passengers of the flight in danger of death,” Kauai police said.