Home » Lifestyle » US racing tips: Templegate's best bets for the meeting at Gulfstream on Sky Sports Racing on Sunday

US racing tips: Templegate's best bets for the meeting at Gulfstream on Sky Sports Racing on Sunday

SIR CHUBBY has improved on his past couple of runs and enjoyed this turf track and distance when a close-up third last time. Today’s rider Irad Ortiz has been firing in the winners and can strike again. 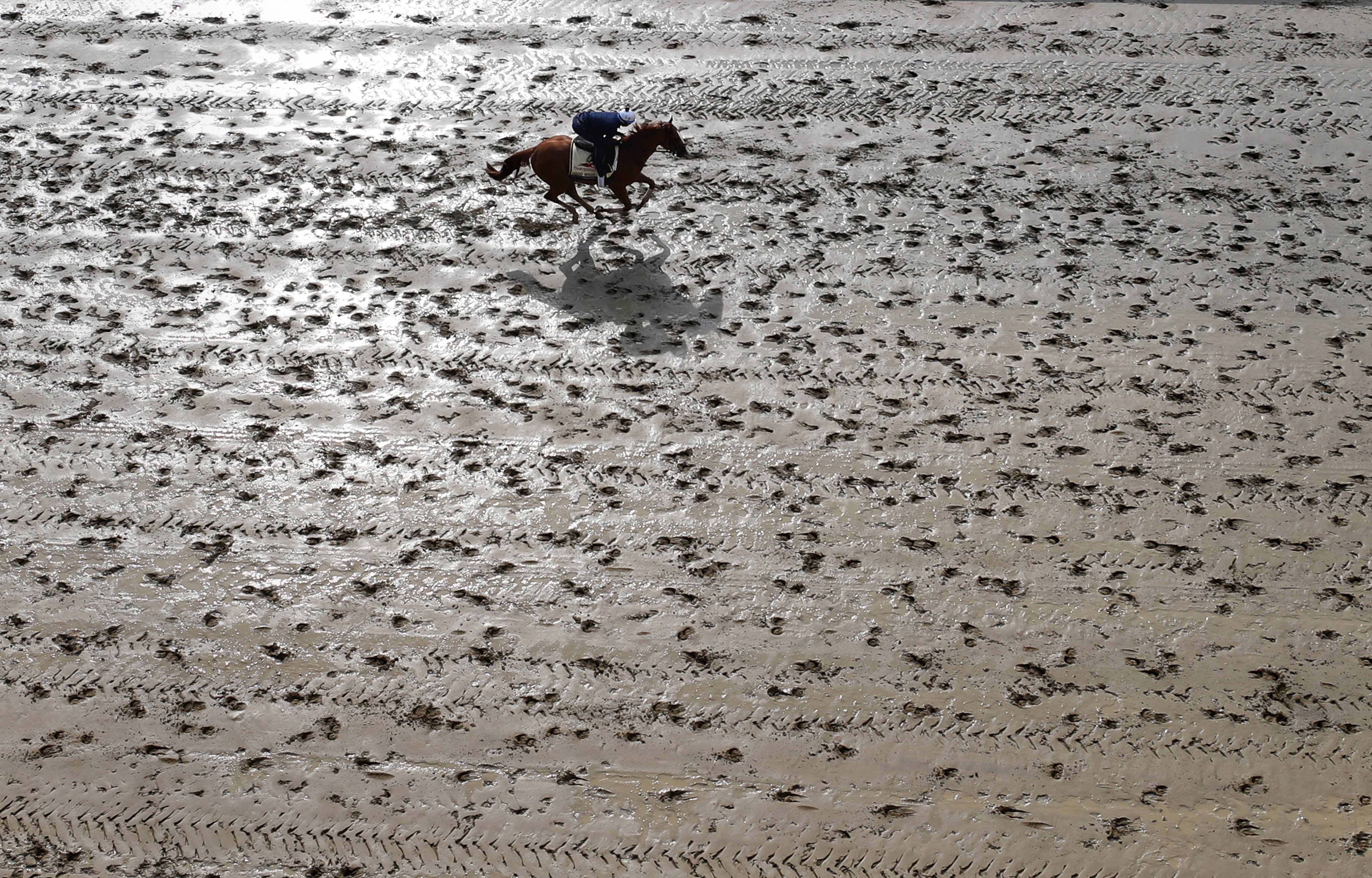 Joe Benjamin was beaten in a head-bobber here last time and the extra half-furlong should help as he was in front yards past the line.

Guaco enjoyed stepping up to a mile on dirt here latest when finishing fourth. He could figure if repeating that effort back on the grass, while Fantastry was rusty on comeback latest and should go better today.

FLYING FINISH is an interesting newcomer with a top jockey booked for this debut. The yard has a 20% win record with sprinters and his dam has produced many winners at this level. This doesn’t look the strongest race and a market move would be telling.

Similar comments apply to Getthe Muny Bernie who worked well the other day ahead of this first run. He is bred to excel over this trip and is another to watch in the market.

Sir Kahn was a solid third last time and looks the pick of those with experience.

CONGRATS THAT ran a cracker from stall 11 when beaten half a length over course and distance last time out. He showed plenty of early speed there and may have just paid the price for that in the final few yards where he was collared. He comes from the inside rail today so should have more petrol in the tank.

The form horses are drawn wide with Wild One Forever taking a fair drop in class while Hudson Overpass should find this easier than his sixth at Aqueduct latest. Poppy’s Destiny looked rusty on comeback latest and should be fitter today.

TOFFEN was impressive when winning here last month on just her second outing. It was all the better because she was forced wide before running on strongly to get the win. This is a tougher race but the trip suits and there’s more to come.

Tournesol can be forgiven one modest effort latest especially as she’s worked strongly since. She won on this track on debut and comes from a top jockey-trainer team.

Days Of Spring had plenty up his sleeve when scoring here last time. He stays in the same grade so will be right there again.

TOKEN clocked a good time when finishing second over slightly further last time out. She has worked really sharply since then and this drop back in trip should do the trick.

Estilo Talentoso has been second on all four runs including when not getting the best of runs here last time out. The blinkers go on today which could help get her head in front.

Guazza improved on her debut when beaten just over a length over six furlongs latest. He will go close if seeing out this longer distance and in-form Irad Ortiz is a good booking in the saddle.

HENNY’S TREASURE is dropping in class on the back of a close-up third on this turf track last time out. She came home with a real rattle but the line came too soon. She has a bit further to get going today and this easier grade should help.

Moon Eyes had little chance from out wide when sixth here latest and her trainer Michael Maker has been in good form this season.

For Kicks has a low strike-rate but wasn’t disgraced in fourth here latest when running on. She could hit the frame going back over her favourite distance from a good draw.

VELVET CRUSH goes up in class but with good reason after winning by more than eight lengths last time. She comes back from a break here but has worked well this week so should be fit and ready.

Boerne has won her past two races in great style including by seven lengths over six furlongs here latest. She’s another going up in grade but looks a nice prospect.

Spanish Point could be best of the rest after winning her first two runs before meeting traffic problems over this trip last time. This is a drop in class from that level.

SUPER COURAGE saves his best for Gulfstream and followed up a convincing win with a strong second last time. He was just collared on the line there and has worked really well since. He looks the one to beat.

Outshine has blinkers on today and boasts placed form in Graded company at his best. He made his turf debut here last time so has room for improvement on this surface.

Devoted Kitten usually hits the frame and ran well in similar contest last time. He likes this trip and the yard has a good record in this class of racing.

CORY GAL has been in flying form and has won her past two outings by five lengths each time. She could be drawn better but has loads of early speed so should have no problems getting across. She is more than capable of landing the hat-trick.

Aurelia Garland has a long absence to overcome but she has the prime inside stall and won as she liked in stronger company at Belmont on debut. She has left Wesley Ward since then but should figure.

Midtown Rose is a regular winner who went well here last time and is another to note.

DONJI battled well to win a stronger race than this last time so should be right there again. He goes well on this turf track and the yard has a good record when winnings come down in class — half of them win.

Keep Quiet is another having his sights lowered after running well at Fair Grounds. He has clocked some of the best times in this field.

Til The End will try to make the most of his stall two draw. He ran better than fifth place suggests here last time and has three course wins under his belt already.