US weather WARNING: Sahara dust plume barreling towards US in NASA satellite images

Views from Suomi NPP, shared by the US-based pace agency, depict the dust plume spreading out more than 2,000 mile (3,218km) of the North Atlantic Ocean.

This is the most significant event in the past 50 years

Another global view of the dust storm from DSCOVR’s Earth Polychromatic Imaging Camera (EPIC) shows the mind-boggling scale of the plume when compared to the continents.

The latest satellite imagery came as no surprise to weather watchers. 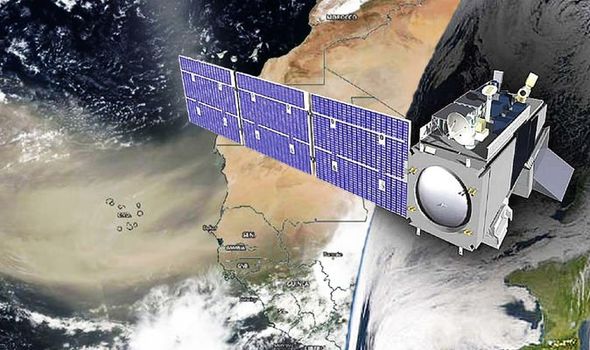 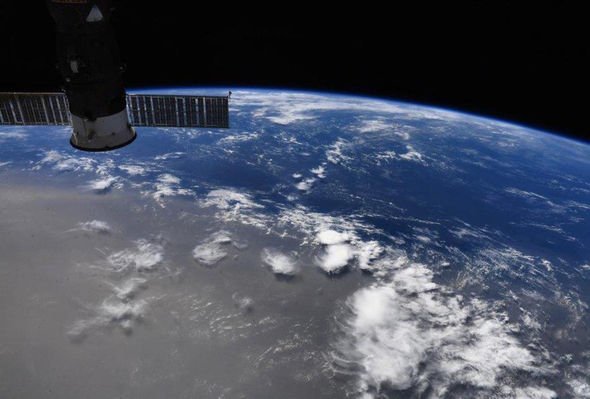 The travelling dust was also forecast because, according to NOAA’s Hurricane Research Division, every three to five days from late spring through early autumn, such a dust cloud, forms over the Sahara Desert. 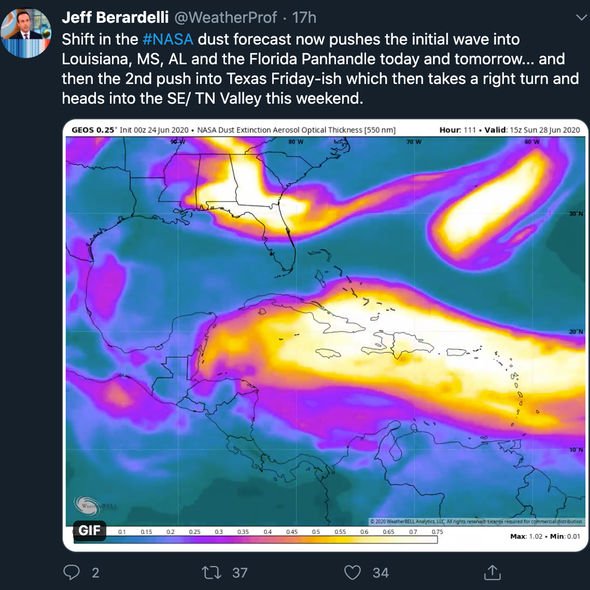 While summer dust plumes are a common occurrence, this appears to be one of the most extreme in recent memory.

The plume is so epic it has been dubbed the Gorilla Dust Cloud.

Dr Pablo Méndez Lázaro, from the University of Puerto Rico’s School of Public Health, told the AP: “This is the most significant event in the past 50 years.

“Conditions are dangerous in many Caribbean islands.”

Another picture was taken on Sunday from the International Space Station (ISS).

“Amazing how large an area it covers!” .

Approximately 800 million tons of dust is annually collected by the wind from deserts in North Africa and blown across the Atlantic Ocean.

This floating debris can even reach down to the Amazon River Basin in South America. 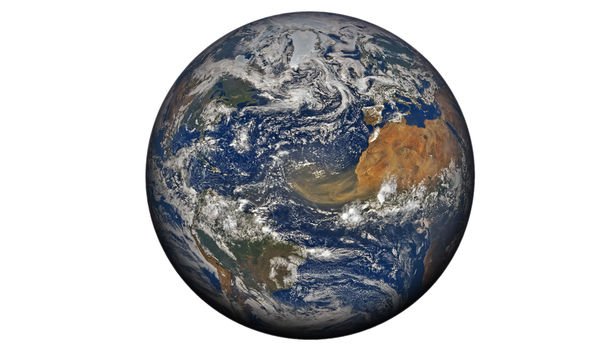 And the effects can also be felt on beaches in the Caribbean and North America.

While the dust has a different effect in the different places where it lands, in the Amazon, the minerals in the dust replace critical nutrients in rainforest soils continuously leached away by tropical rains.

When the dust is thick, it makes for very hazy yellow-brown skies.

But when the dust is rather faint, the refraction and reflection of light can contribute to stunning sunrises and sunsets, which partially explains the recent sunsets and sunrises seen on the US East Coast.