Victoria Beckham 'Grateful' for Family (Including Nicola!) Amid Rift Rumors 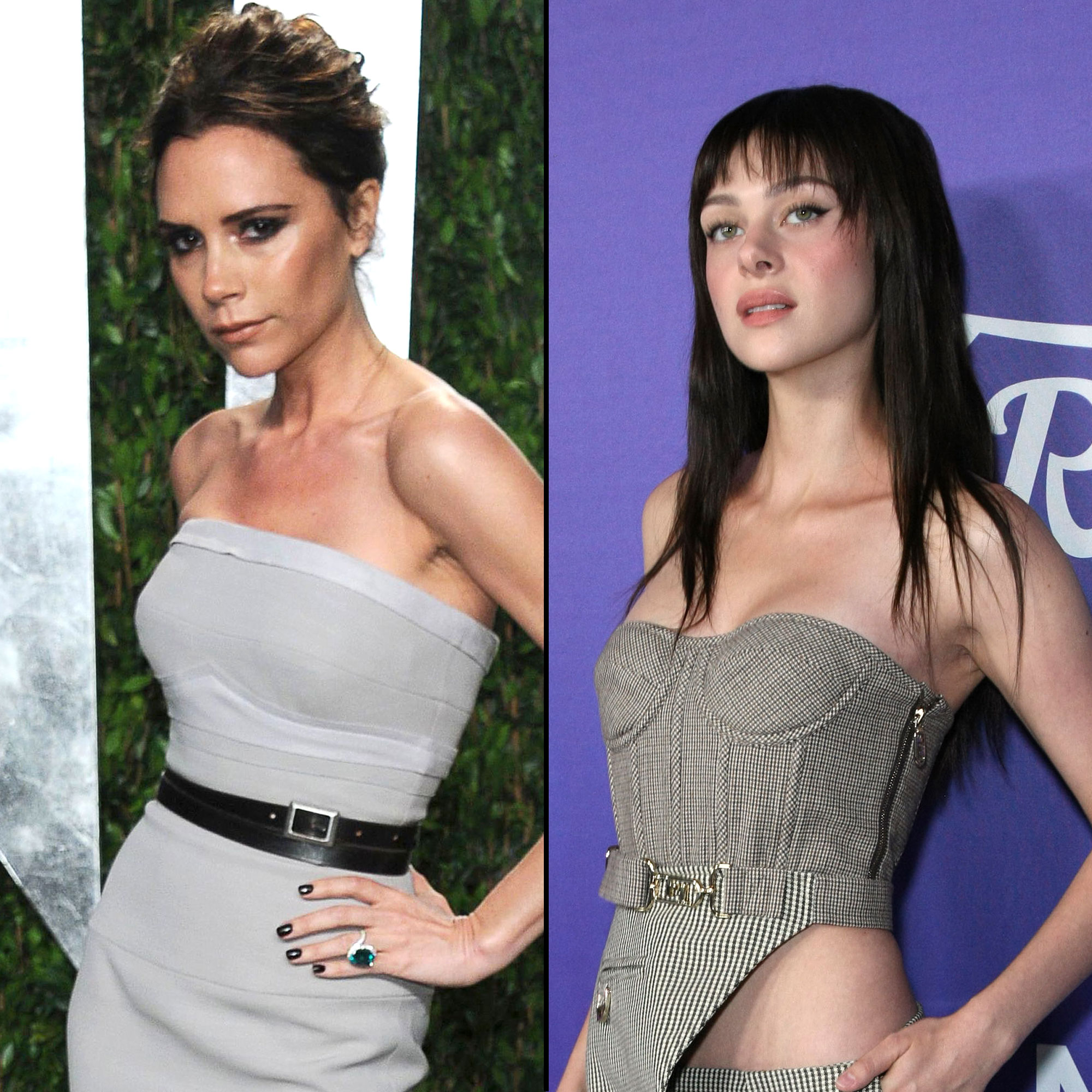 No drama here. Victoria Beckham shared several photos of daughter-in-law Nicola Peltz Beckham amid rumors that the duo are feuding.

Everything Victoria Beckham and Nicola Peltz Have Said About Each Other

“It’s Paris baby!! I’m so grateful for my family, @BritishVogue and @VogueMagazine for always supporting me on this journey xx VB,” the fashion designer, 48, wrote via Instagram on Friday, September 30, ahead of her label’s spring 2023 show.

The accompanying photo showed Nicola, 27, sitting between her husband, Brooklyn Peltz Beckham, and his brother Romeo, 20. The group also included British Vogue editor Edward Enninful and Anna Wintour as well as David Beckham and his and Victoria’s 11-year-old daughter, Harper.

After the show, the former Spice Girl shared another group photo that showed her posing with Brooklyn, 23, and his wife alongside David, 47, and all the other Beckham children, including Cruz, 17. “I love you all so much x,” the Victoria Beckham designer captioned the sweet snap, posted on Sunday, October 2.

Spice Girls: Where Are They Now?

In an Instagram Story that same day, the Spice World star shared a photo of Nicola and Brooklyn posing with Victoria’s parents, Jackie and Anthony Adams. “Nana and Papa with Brooklyn and Nicola,” the fashion icon captioned the picture. 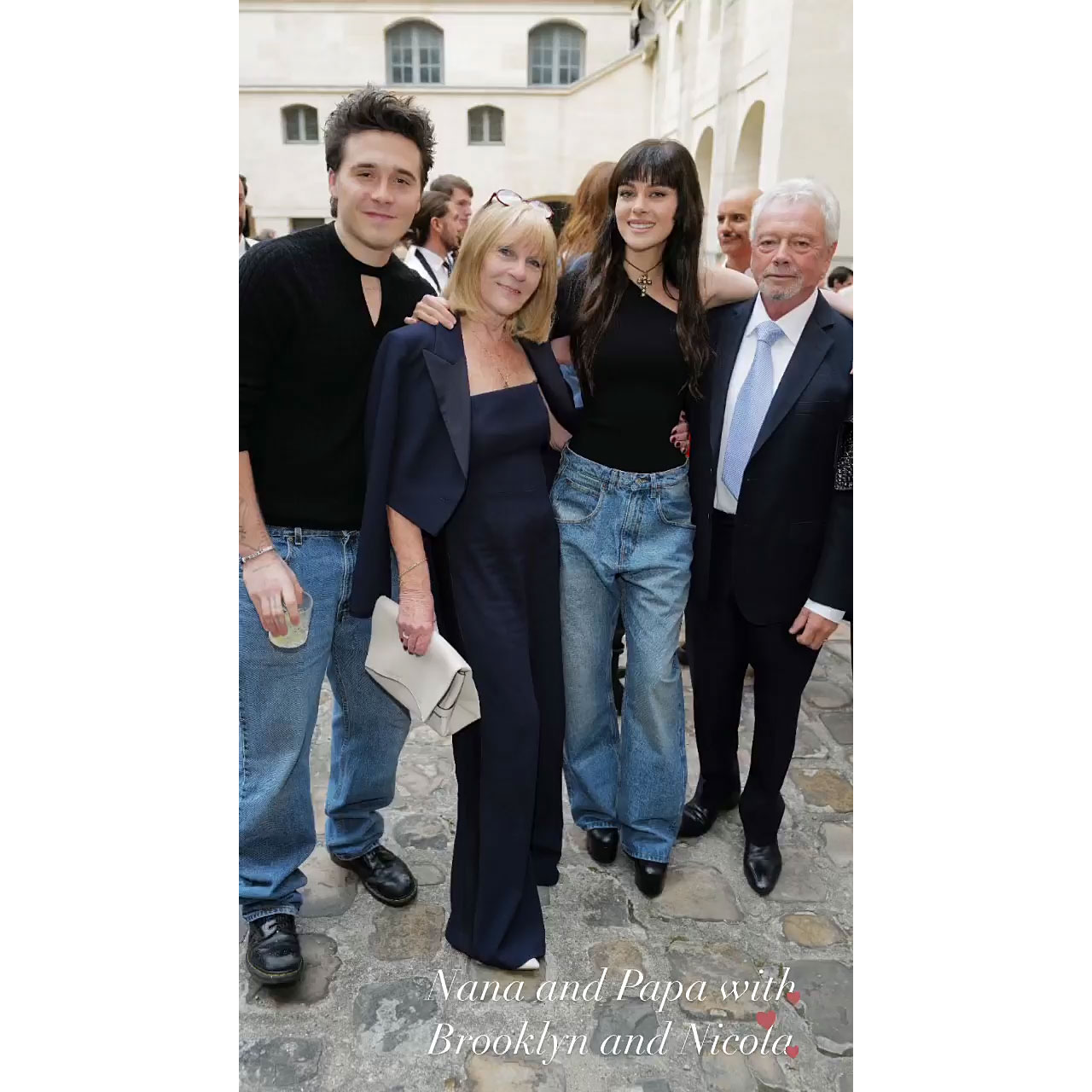 The united front came amid speculation that things between the former pop star and her daughter-in-law are tense after Nicola didn’t wear a Victoria Beckham dress for her April wedding to Brooklyn. In August, the Bates Motel alum revealed that she originally planned to wear one of her mother-in-law’s designs, but the plan was scrapped simply because of a problem with the atelier.

“I was going to and I really wanted to, and then a few months down the line, [Victoria] realized that her atelier couldn’t do it, so then I had to pick another dress,” the New York native told Variety at the time. “She didn’t say you can’t wear it; I didn’t say I didn’t want to wear it. That’s where it started, and then [people] ran with that.”

One month later, the Holidate actress slammed rumors that there’s any drama between her and Victoria — and admitted that the speculation is upsetting. “When I read things that say [things like] I was never planning on wearing a [Victoria Beckham] dress or things like that, it does hurt my feelings,” Nicola told Grazia USA in September. “I try not to let it, but it’s just not the truth. It’s just a bit of a bummer when you’re like, ‘Oh, people think that,’ but it’s just not true.”

The Welcome to Chippendales star also reiterated that the dress wasn’t scrapped because of any personal problems with Brooklyn’s mother.

“I was truly so excited to be able to wear a design that my future mother-in-law created,” Nicola explained. “We connected to start designing the dress, and then a few days went by and I didn’t hear anything. Victoria called my mom and said her atelier couldn’t make it. So, I spoke to my mom and [my stylist] Leslie [Fremar], and I was like, ‘Well, unfortunately, this can’t happen, so what’s the next step?’”