Victorian government is best placed to give schools certainty

For many years home schooling has been a marginal venture by a few parents. The COVID-19 pandemic has turned that on its head. Particularly for parents of younger students, this week has often meant spending considerable time overseeing children's education as schools come to grips with remote learning. The execution has attracted mixed reviews. 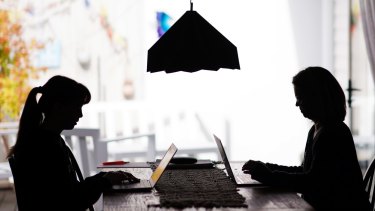 What has not helped is the ongoing confusion over how wide schools should be opening their doors to students. Up until this week, led by Premier Daniel Andrews, the main message zeroed in on the need for students to study at home unless they are vulnerable or are children of essential workers. With the government saying only 3 per cent of students turned up at school on the first day of term two, the message did appear to sink in.

But the wrangling is far from settled. On Wednesday night, Prime Minister Scott Morrison used a video on Facebook to make a direct plea to teachers. Along with a well deserved pat on the back for them, he emphasised that "it's so important that children are able to keep physically going to school". While Mr Morrison may have meant well, his comments did a good job of muddying the waters.

Mr Andrews played down any disharmony, but the head of the Australian Principals Federation, Julie Podbury, was not so willing to play nice: "It was disappointing to have our Prime Minister making comments … that were completely at odds with what is going on in Victoria," she said.

It's not the first time. Victoria shut down its schools early in term one despite Mr Morrison and the Chief Medical Officer, Professor Brendan Murphy, strongly advising that schools were safe and should stay open. On Thursday, Victoria's Chief Health Officer, Dr Brett Sutton, revealed that schools could reopen in weeks if the number of COVID-19 infections continue to drop.

This came despite his own previous advice that most students should stay home for all of term two. Victoria's Education Minister, James Merlino, made no mention of this shift when he fronted the media only hours earlier.

These are not easy decisions. The first major global study of school closures showed they have had a relatively small impact on the rate of COVID-19 infections.

But exactly how the virus spreads is still very much a point of contention. It is unclear how dangerous those who show few or no symptoms, often the young, are to others. Before Victoria's schools were shut early for the holidays, many teachers were speaking up about their fear of being exposed to COVID-19.

But such issues should not impede proper process in the dissemination of information. One of the main roles of the national cabinet is to ensure that the Prime Minister and the premiers and chief ministers are speaking with one voice.

In a bid to get everyone on the same page, the Prime Minister, after the latest national cabinet meeting on Thursday afternoon, released seven "national principles" in relation to schools. While most of them reiterate past assertions, the stand out is the explicit mention that states, territories and non-government authorities are responsible for "managing and making operational decisions" for schools.

Mr Morrison has had a lot to say about schools in the past. By the looks of it, that is about to change. That is a good thing. Victoria's schools need certainty in how they are going to run this year and the Victorian government is best placed to provide that certainty.