The video, which has been viewed more than 70,000 times, shows the deputy forcefully throwing her onto a concrete walkway. Moments later, the deputy is seen handcuffing her while a second deputy stands over them. 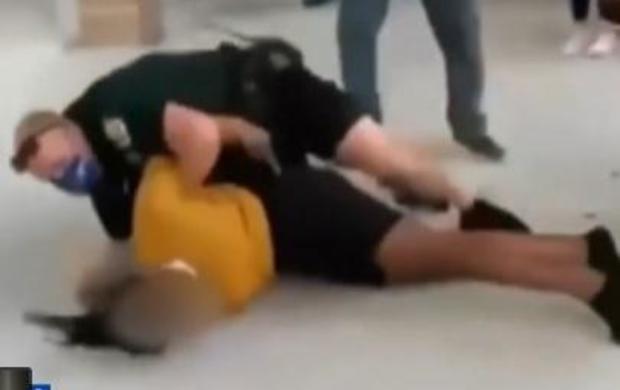 The student appears to be motionless as the cuffs are being placed on her, behind her back with her face-down.

The officer is an employee of the Osceola County Sheriff’s Office, which said Tuesday evening that it’s collecting video and witness statements.

The office also said the “was in the process of trying to stop the student from fighting another student in the hallway when the deputy took her into custody.”

The Sheriff’s Office didn’t release information on the student’s condition, the school resource officer who slammed the student, or the deputy who stood over them.

The Orlando Sentinel reports that the Sheriff’s Office’s use of force policy says officers should use “the minimal amount of force necessary to perform official duties.”