Virtual Grand National 2020: Templegate's pinstickers guide and tips for the race on ITV

BURROWS SAINT looks a winner not a sinner in the Virtual Grand National.

He has already won the Irish version of this great race and virtual Rachael Blackmore can be the first woman to win Aintree’s showpiece. 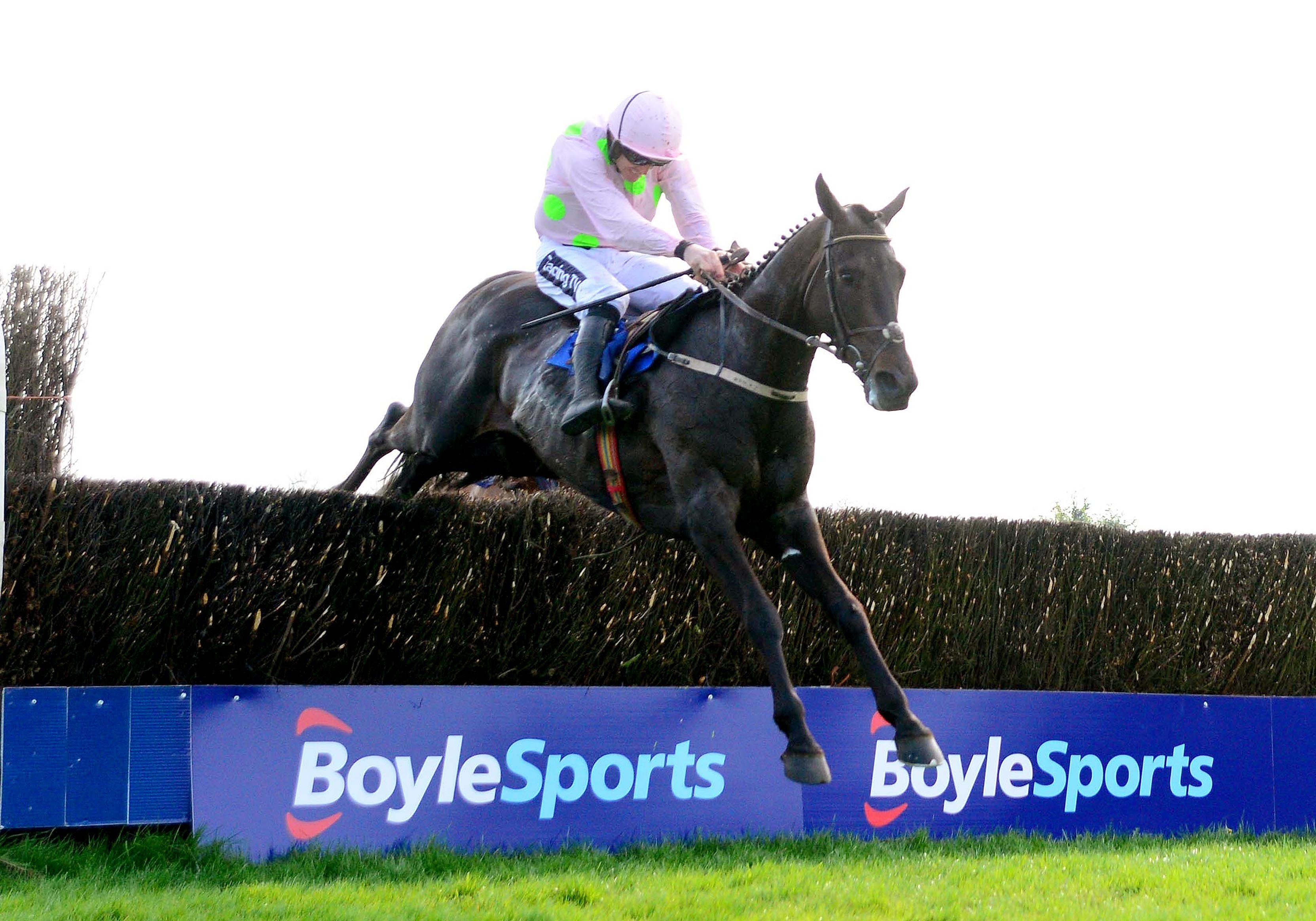 Kimberlite Candy and Walk In The Mill both ran crackers in the Becher Chase here in December and have every chance of hitting the frame from their low weights.

Tiger Roll will pull out all the stops to make it three Nationals in a row but only the great Rummy himself has carted so much weight to win in recent memory. That won’t stop him being in the mix but he may have to settle for a place.

Lots of the bigger weights have each-way claims with last year’s fifth Anibale Fly sure to run well again. All of Wales will be cheering on Welsh National winner Potters Corner who will be plodding on when others cry enough.

Definitly Red will be popular with virtual punters at Liverpool and is another who should run well.

TIGER burning bright. Has etched his name in the great race’s history by winning the past two Nationals in great style. We know he handles the big fences and has no issues with this trip. He’s still only 10 so is the right sort of age for an Aintree winner. No horse has carried so much weight to National success since Red Rum himself in 1974 but he’ll make another bold bid.

MAI not win. Finished third in the Cheltenham Gold Cup last year but was only ninth in this year’s renewal when making a couple of mistakes. Is a Grade 1 winner at his best and has plenty of staying power. Having his first crack at these fences, which is no bad thing, but his big weight is a worry.

ASO no. Has got plenty of decent form over shorter distances but has yet to taste success beyond 2m5f. Trainer Venetia Williams threw him into the deep end of the King George over 3m at Christmas but he didn’t get home at Kempton. Hard to see him staying this far.

ELEGANT looks good. Won the Welsh Grand National in the mud two years ago so has lots of staying power and was a well-backed sixth in the race this season. Found the Cheltenham Gold Cup a real struggle last time but should enjoy this trip a lot more and will be running on at the finish. Has an each-way shout.

FLY has wings. Hasn’t won for more than two years but was good enough to finish second in the Cheltenham Gold Cup last season before a good fifth in the National when he jumped the fences well. He warmed up for this with a good third over hurdles at Naas last time and has less weight than 12 months ago. On the shortlist.