AT first I thought I had misheard.

It seemed too silly to be true. How could San Juan Island, so small, so pretty and sitting so perfectly in the Salish Sea, have taken the US and the UK to the brink of war? 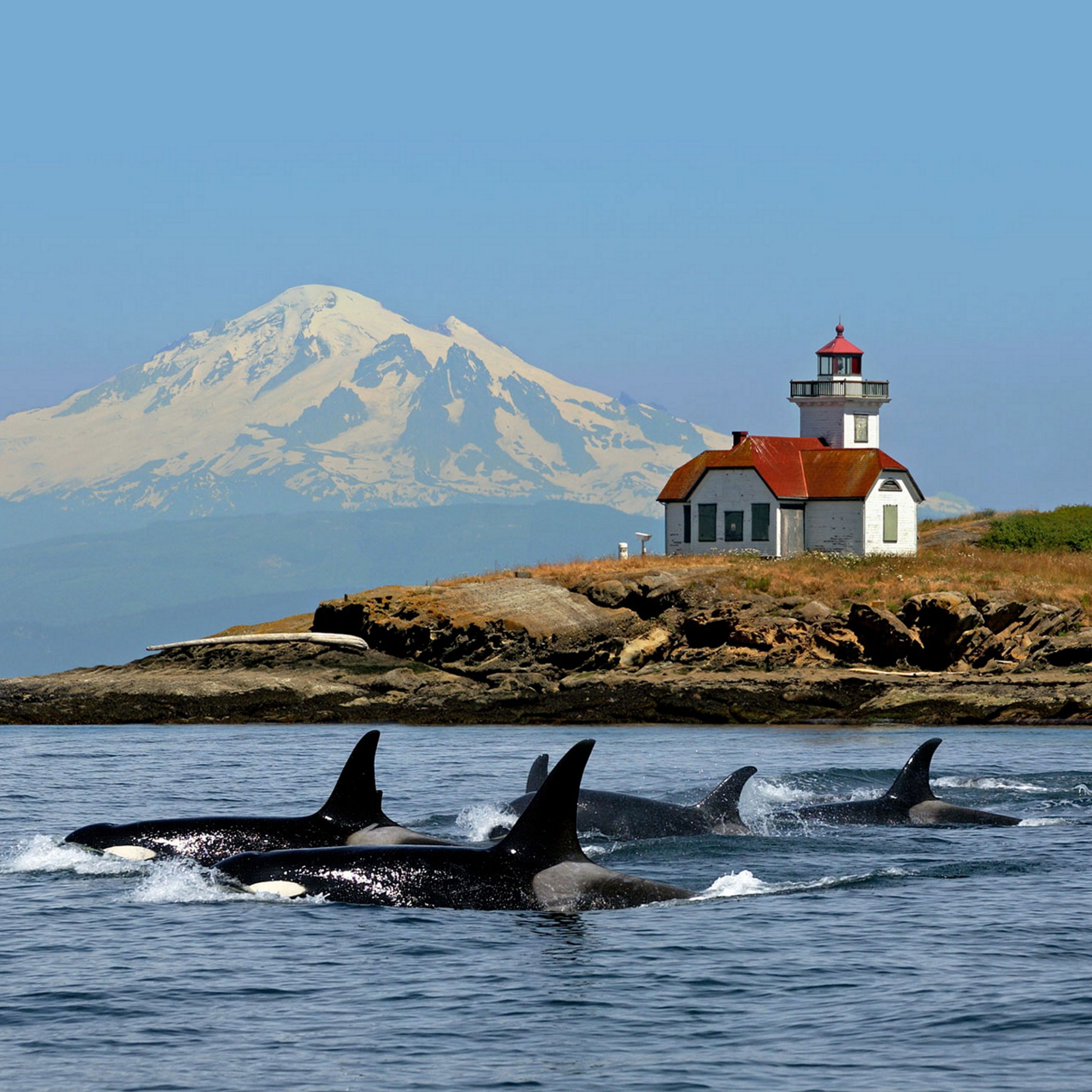 But that’s what I heard on the boat as we approached Friday Harbour. And it sounded very much like a Pig War! The island is one of a group, the San Juan Islands, between Vancouver Island and the Washington State coastline.

Both countries wanted the islands so ownership was very much in dispute. Both American and British farmers had settled. Mostly they got along just fine. But that changed on June 15, 1859.

That was the day American settler Lyman Cutlar lost his temper. He’d found someone rooting through his potato field (not for the first time) and fired a fatal shot.

The victim was not mourned, history hasn’t even recorded his name because, as handsome (and probably plump) as he might have been, he was only a pig. 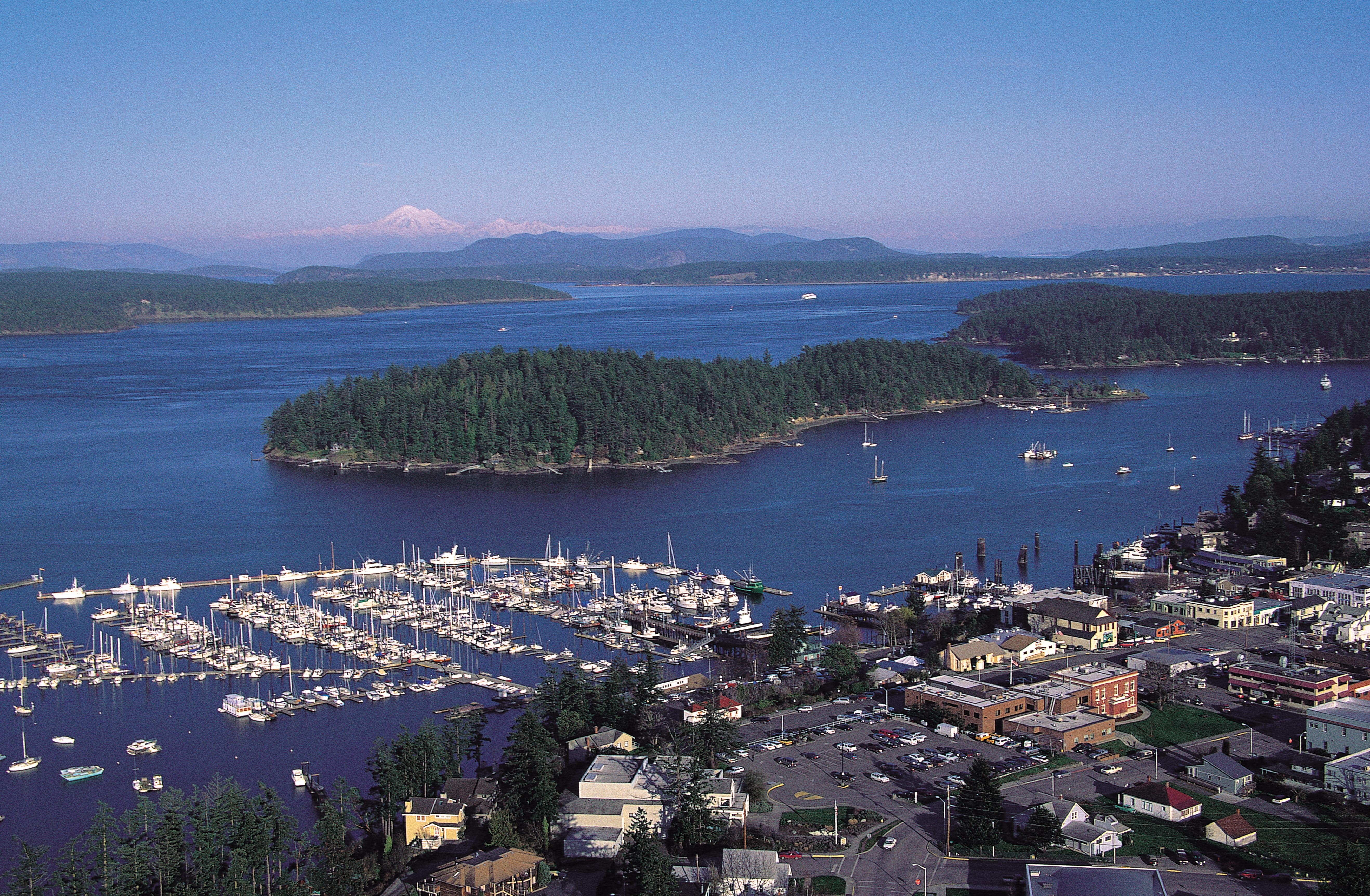 But he was a BRITISH pig. His owner, Charles Griffin, was furious. Refusing Cutlar’s offer of compensation, he reported him to the British authorities. They threatened to arrest him and evict his 18 countrymen.

The Americans asked for US military protection and soldiers were sent. The Brits, in turn, sent three warships. Things got out of hand.

Before long there was a stand-off — 461 US soldiers faced 2,140 UK troops. In the end, a very sensible British admiral arrived, tut-tutted at the conflict, and refused to go to war over a squabble about a pig.

English and American military camps were set up in 1860 to safeguard both interests on the island. But a solution wasn’t found for 12 years when the US finally took control. 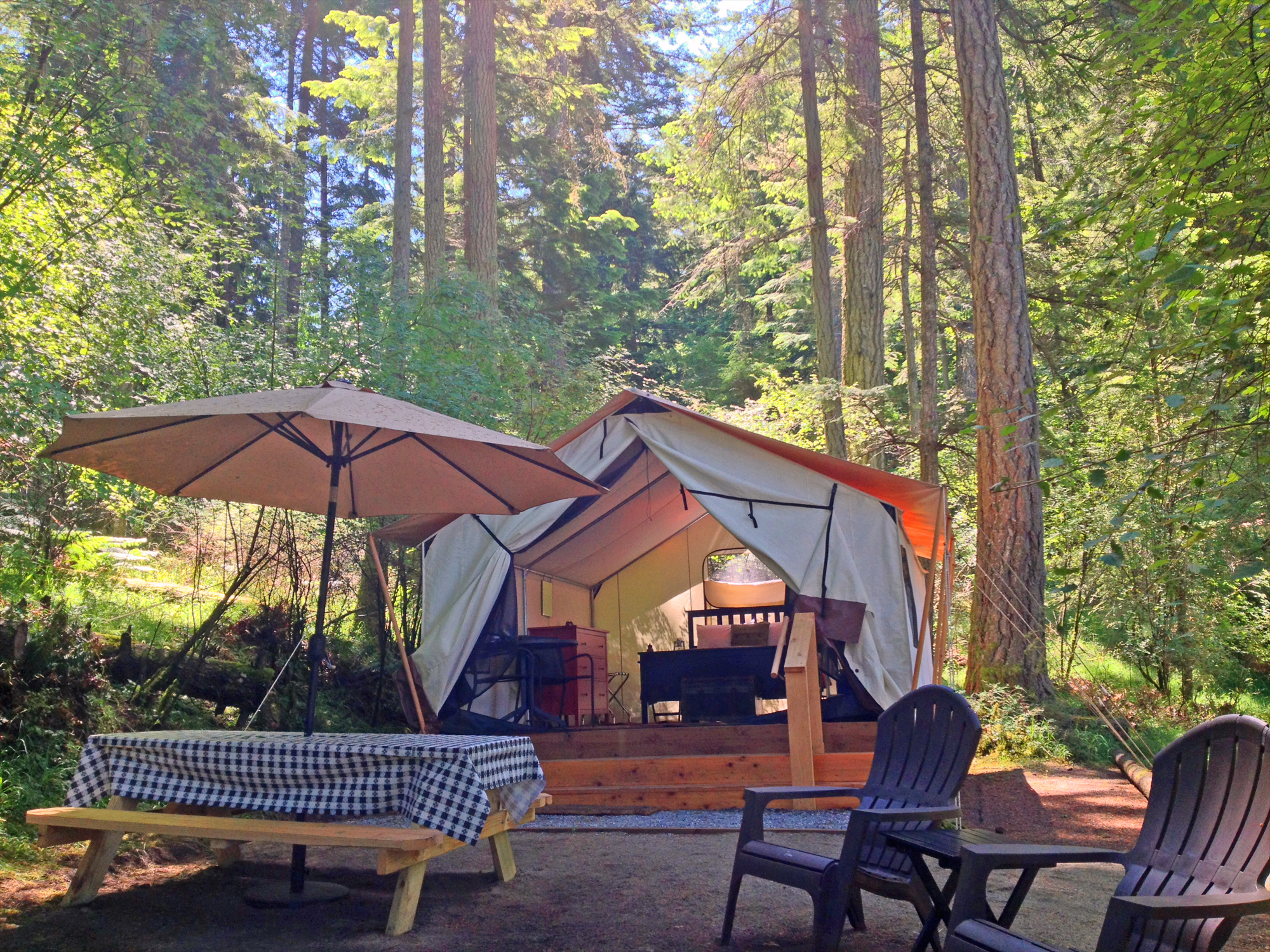 The islands are peaceful now and San Juan has the feel of small-town America, as it was 50 or 60 years ago.

Friday Harbor, the island’s main hub, is named after Joe Friday, a Hawaiian sheep herder who lived nearby.

It’s very sheltered, trees march down to the shoreline and yachts and fishing boats fill the marina. Spring Street, lined with gift shops, galleries, bars and restaurants, is a lazy climb from the harbour.

Further up the hill is the San Juan Historical Museum, a cluster of buildings rescued from all over the islands and moved to the museum grounds, where, every July 4, it holds a Pig War Picnic. 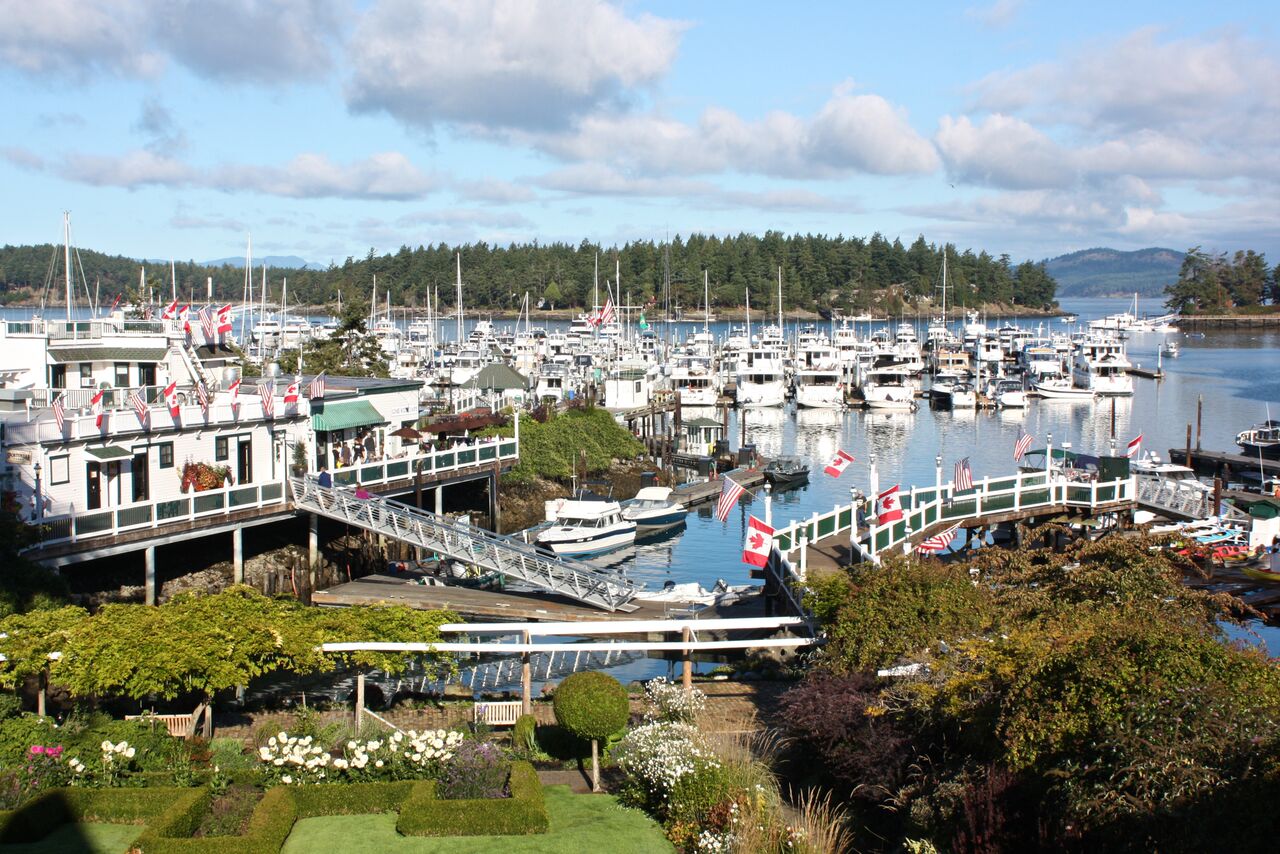 During the summer season a transit bus will get you around the island. Stops include the San Juan Vineyard, the San Juan Islands Sculpture Park, with more than 150 works, and the remains of the American and English Camps.

In the English Camp at Garrison Bay, buildings have been restored and there are gardens, parade ground and, more poignantly, the cemetery.

Most visitors come to the island to see the Orca whales. Head to Lime Kiln Point State Park, aka Whale Watch Park, and see them close up as they travel along the shoreline or simply enjoy the view of the cute lighthouse.

Whale—watching boat trips run from the island or out of Seattle. Of course there’s no guarantee you’ll actually spot any. 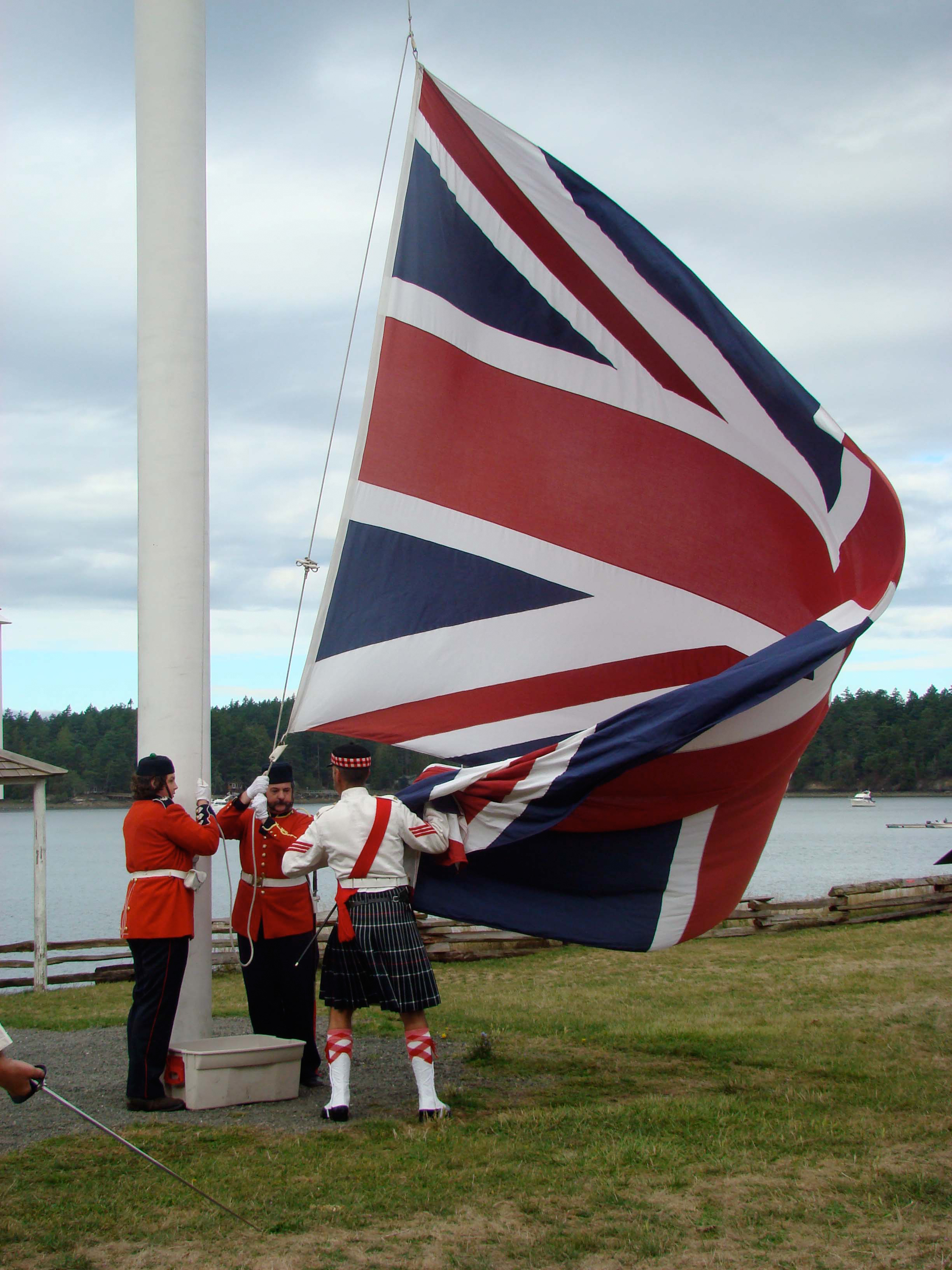 We were coming to the end of my whale-watching trip and I thought we weren’t going to be lucky. Then suddenly there they were. We got tantalising glimpses as the Orcas dived around our boat.

They’re unforgettable . . . I’ll always think about them fondly and smile when I remember San Juan.

I’ll always remember that pig too.