TONY ADAMS got his family involved as he recreated THAT dance from his time in charge of Granada.

The Arsenal legend went viral in 2017 after he was caught chucking some serious shapes at the training ground. 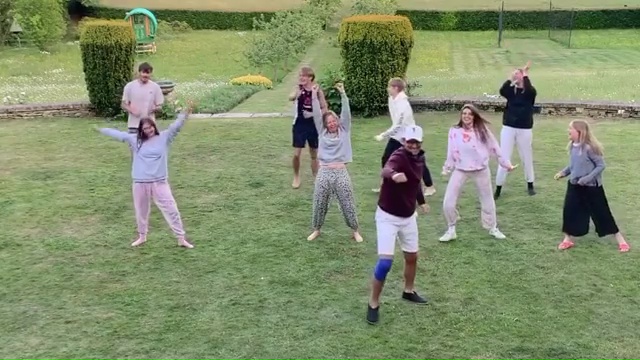 Adams was filmed enthusiastically acting out training drills to his squad during his first session as manager.

He appeared to channel his inner David Brent as he wiggled from side to side before prancing forwards.

And the Gunners veteran has proved he's still got the moves as he recreated the dance with his family this week.

The 53-year-old led by example as the eight others copied his moves.