CONOR MCGREGOR and Dustin Poirier took part in a cordial but tense face-off this afternoon ahead of their rematch with weekend.

The former featherweight rivals will rematch one another on Saturday night in the main event of UFC 257 in Abu Dhabi, which will close out the promotion's third 'Fight Island' stint.

McGregor and Poirier, both 32, went face-to-face with one another for the first time since their showdown six years ago after the culmination of their press conference, which was streamed across the world. 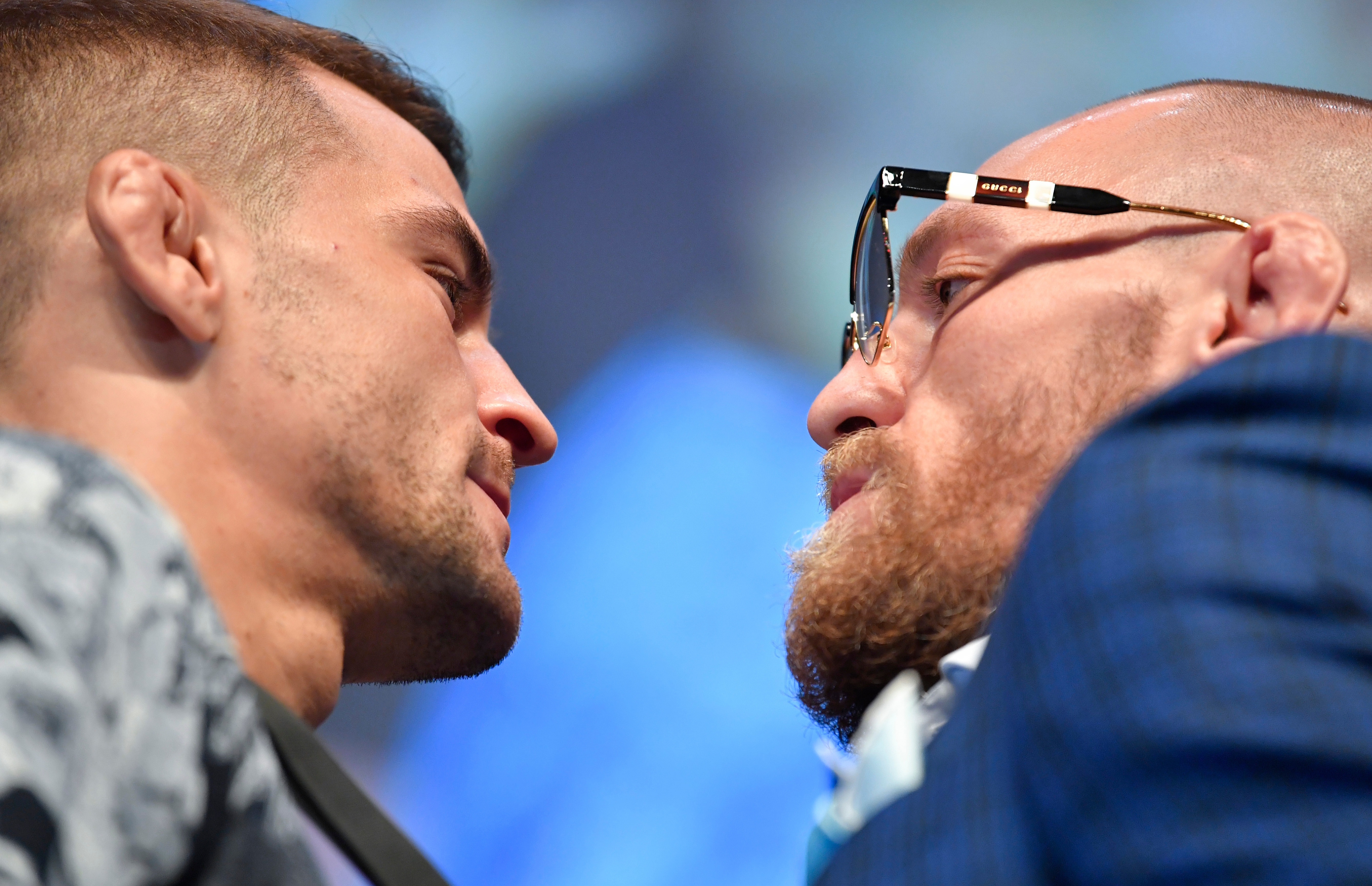 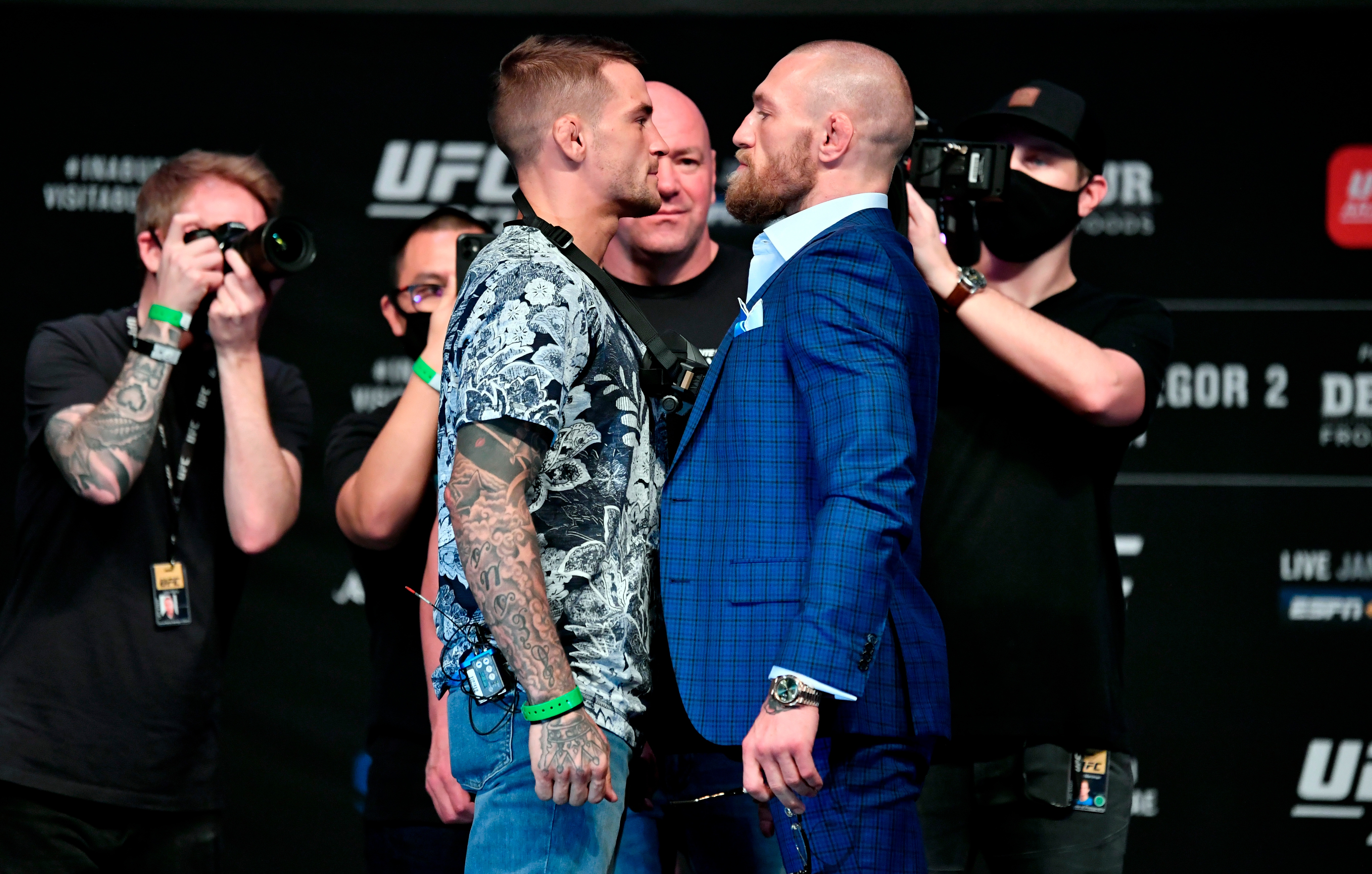 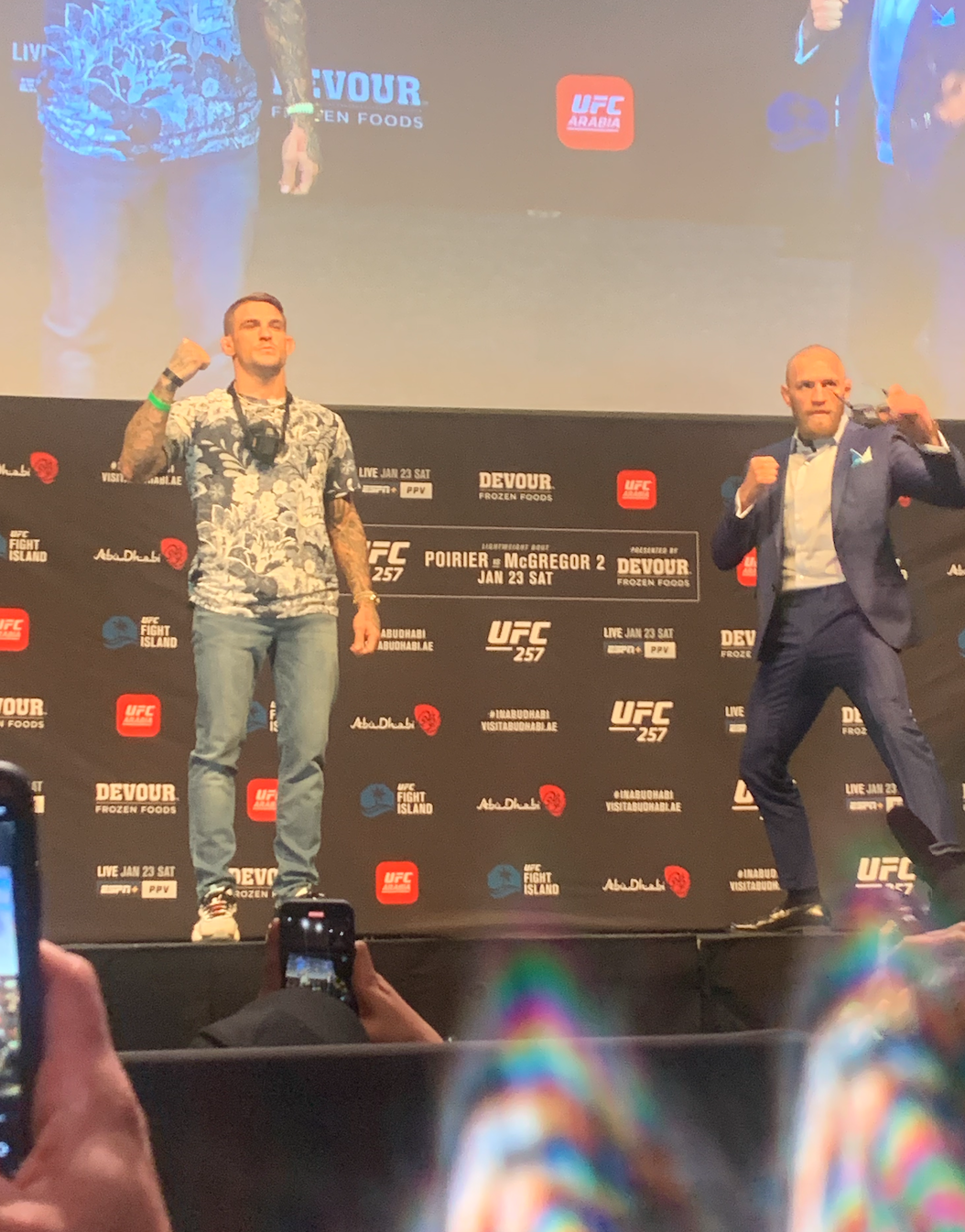 And the pair, who are on significantly better terms than they were earlier in their careers, took part in a cordial and heated staredown.

McGregor and Poirier's first meeting took place nearly seven years ago on the main card of UFC 178 in Las Vegas.

That night proved to be a short one at the office for The Notorious, who announced himself to the world as a legitimate featherweight title contender with a brutal first-round knockout.

McGregor separated Poirier from consciousness with a grazing left hand before finishing him off with ground-and-pound.

The Irishman is eyeing an even more emphatic performance second time around, vowing to end Poirier's night in under a minute. 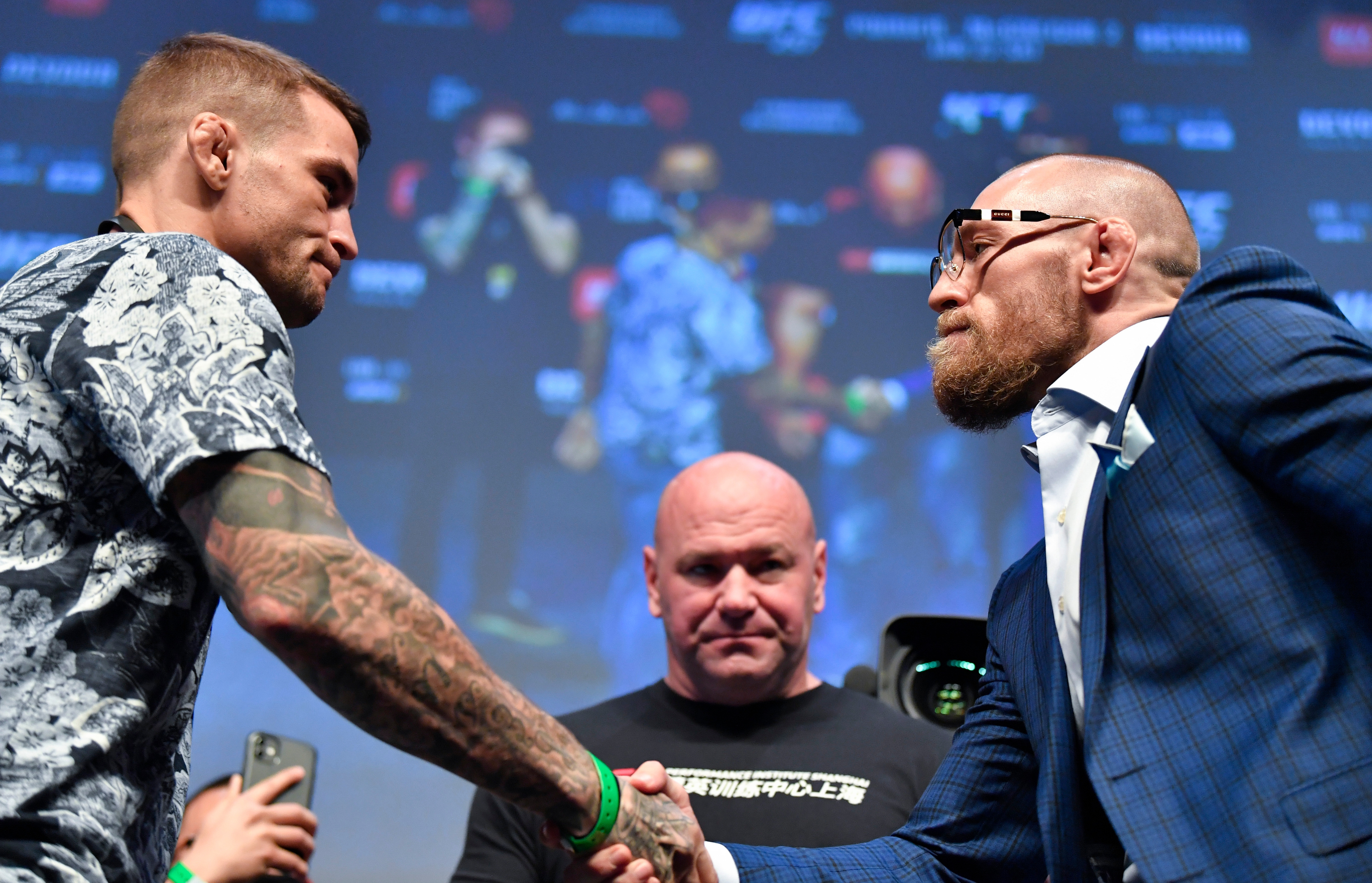 He said: "I will knock Dustin out inside 60 seconds."

The Notorious added: "I love Dustin, I think he's a good fighter.

"He's even a great fighter, you know? But great is still levels below me."

Poirier is hellbent on taking McGregor into deep waters, saying: “I didn’t even get to fight [the first time].

“The fight hadn’t even blossomed — but that’s fighting. Anything can happen under those lights.

“The fight hadn’t even blossomed — but that’s fighting. Anything can happen under those lights.

"If you’re talking about game planning, what I want for us to both be dripping blood and hurting and suffering early in the fight.

The Diamond added: "I want both of us to be bleeding and really have to dig down and see who’s the better fighter. See who really wants to be in there.

“Because I don’t have a safety net. I want to be in there, and I know that, and I’d like to find out if he does. And that’s uncomfortable.

"I’m not looking forward to getting busted open but if we can get to that point where both of us are tired and bleeding, then we can see who has more grit and more want, and I think I win that fight ten out of ten times.”